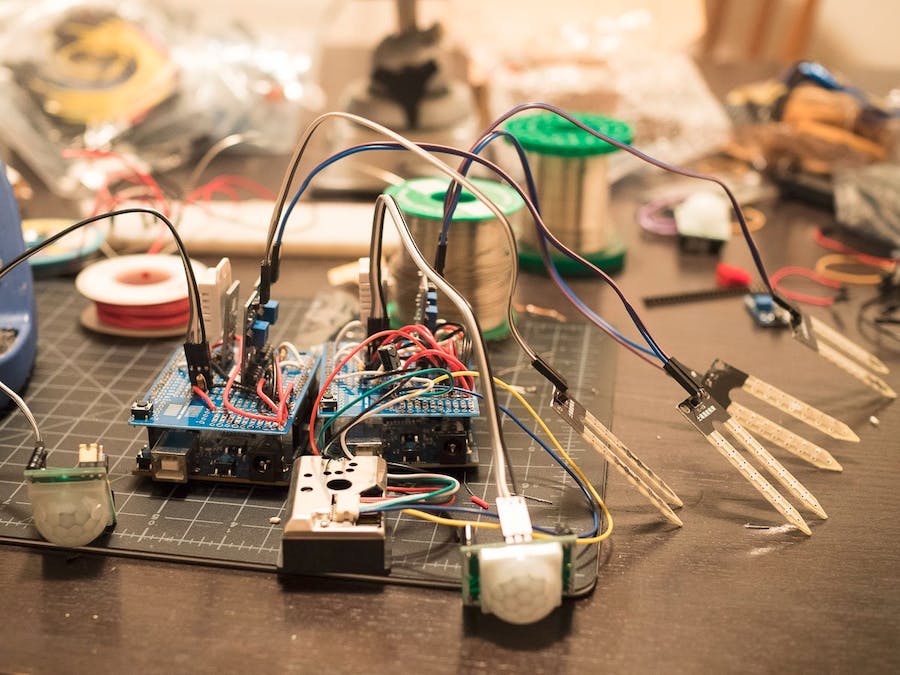 I've created a few ARTIK Cloud sensors using an Arduino 101 and various peripherals like the Sharp Dust Sensor, Soil Moisture Sensors, and PIR Motion Sensors. I've decide to move from the breadboard to a shield and integrate multiple sensors across multiple Arduino 101's to be integrated into my larger Samsung ARTIK Cloud home automation app. For details on my previous sensor builds, please refer to:

Connecting the components is exactly the same procedure as the previous projects outlined above, just repeated and with different Arduino pins used due to the multiple sensors. So for each sensor:

Start of the soldering setup...

Currently working through a timing bug with the Sharp Dust Sensor, will upload as soon as it's resolved.