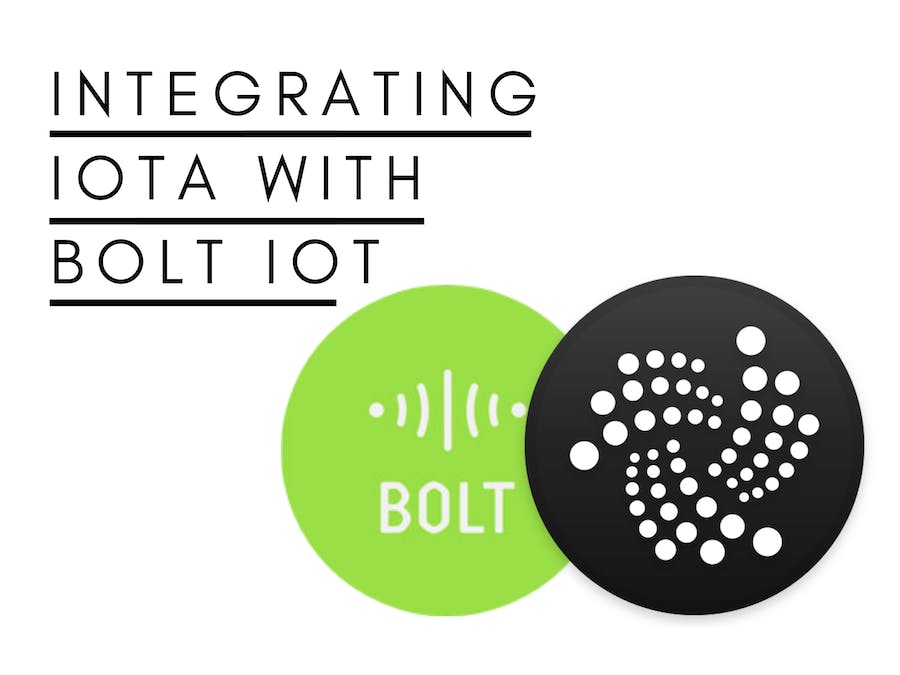 The Smart Tea Machine is a simple demonstration of how IOTA can be integrated into a device especially devices like Bolt IoT. It shows the relative ease and simple code that can be used to have basic functionality in a standard machine without display.

The main idea of this project is to make a machine that can be used with IOTA.

The Existing old tea machine is used to prove the concept.***

Now that the machine is open we are going to solder 2 wire to the DV Pump. As you can see in the image above.

The connections between the Relay and BoltIoT are:

The final wiring for the project looks a bit messy but worked just fine.

After it was all wired up, We just test it out with a basic on-off program and then proceeded to check that the relay was firing.

The first open-source distributed ledger that is being built to power the future of the Internet of Things with feeless microtransactions and data integrity for machines.

What is the Trinity?

Trinity is a mobile and desktop application with a user interface that allows you to transfer data and IOTA tokens. Trinity allows you to encrypt and store multiple seeds, where each seed has its own account, transaction history, and settings.

To see how to create an account in Trinity, go to https://docs.iota.org/docs/wallets/0.1/trinity/how-to-guides/create-an-account

In order to test this Machine, you will also need a personal wallet. I had used devnet for testing. To collect free IOTA tokens for your personal devnet wallet, I recommend checking these links:

Pyota is the official Python library for the IOTA Core. It was used to implement a python script that validates the payments made by the clients.

After the client has transferred the IOTA tokens, and if its get Confirmed by the network. It will automatically check for the amount received and will on the DC pump for the fixed time to dispense the Tea.

You can see the source code on google collab-

Finally, it was time to power on the Bolt IoT WiFi Module and check all the routines are working as per plan.

**Validating the IOTA takes a couple of seconds**.

You can see the transaction on tangle - https://devnet.thetangle.org/transaction/FHLPKHZQKZU9XACLKOGWN9XNBTFVYWDMYIKTVCFVKEJHAJ9AHYOIOWHJCXBNJNIMIKQWZRNUHYL9A9999

I hope this gives you an idea of how you might go about integrating IOTA with Bolt IoT WiFi Module.

Let me know if you have any questions!!