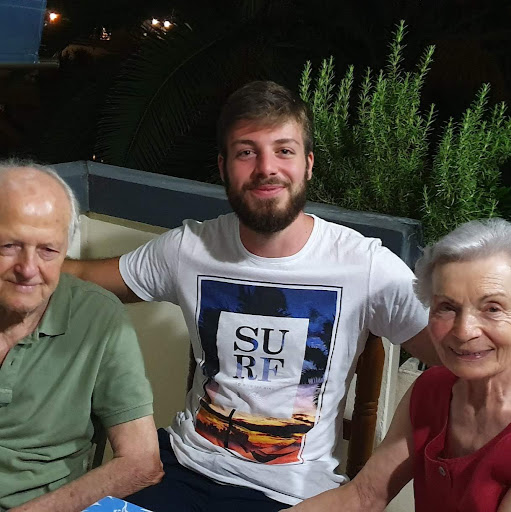 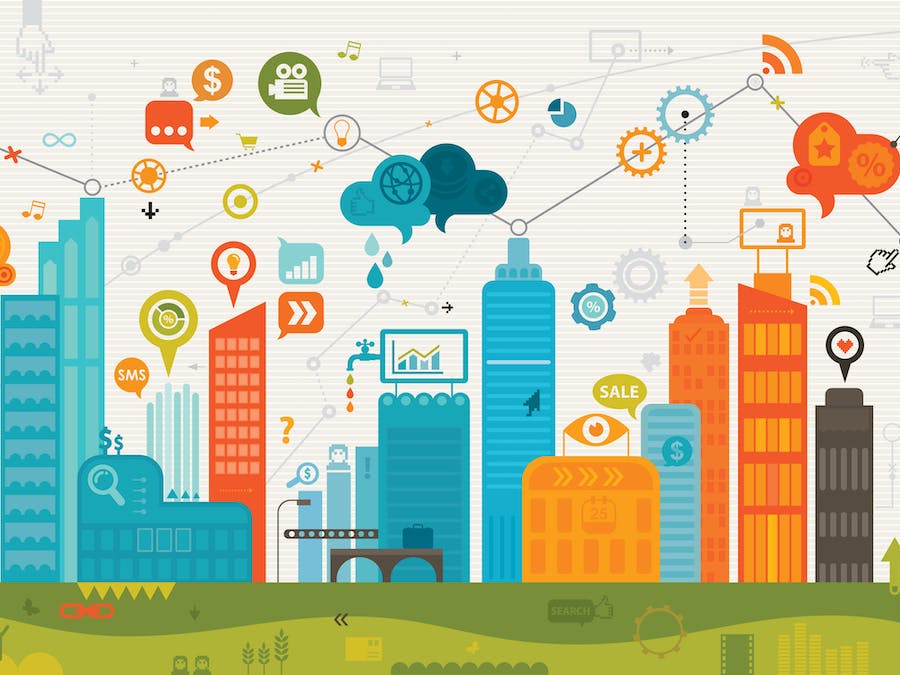 Hi everyone, my name is Ivan Fardin and I'm a student of the MSc in Engineering in Computer Science at Sapienza University of Rome and this project has been developed as part of the Internet of Things 19-20 course.

In this article I'll show you how to replace the virtual environmental stations developed using Java in the previous version with new ones built using the RIOT-OS and MQTT-SN (MQTT for Sensor Networks) protocol.

The guide has been written using Ubuntu, so all terminal commands are intended for its users.

The project consists of:

All the code is available in the GitHub repository in the Assignment2 folder.

Let's start to analyze each component.

RIOT-OS is a free, open-sourceoperating system for the Internet of Things that supports most low-power IoT devices and microcontroller architectures.

The devices are represented by the different processes of the Riot program that are running on your local machine through the Riot native emulator.

Indeed to simulate a real IoT system, multiple instances of the Riot program can be started since each virtual environmental station uses a unique ID to publish its collection of values on an MQTT-SN channel.

MQTT for Sensor Networks is aimed at embedded devices on non-TCP/IP networks, whereas MQTT itself explicitly expects a TCP/IP stack.

The MQTT-SN broker receives the messages from the stations and forwards them to the MQTT-SN/MQTT transparent bridge according to the publish-subscribe pattern.

The bridge handles the communication between the devices and the AWS cloud subscribing to the MQTT-SN broker and sending the stations' messages via MQTT to the AWS IoT Message broker.

Then, you need to set up it, so open a terminal, go into the source folder and build the RSMB

and write the following:

In this way you run the RSMB as MQTT and MQTT-SN capable broker, using port 1885 for MQTT-SN and 1886 for MQTT and enabling IPv6.

Once the broker is started, clone the RIOT-OS GitHub repository that contains the modules needed to run the next program.

Since you will run the project under native, you must configure some global addresses, as the RSMB doesn't seem to be able to handle link-local addresses.

Now you are ready to clone my GitHub repository to fetch the code of the Riot program.

Once you have downloaded it, open the Makefile in Assignment2/emcute_MQTTSN folder and change the path to the RIOT directory with yours

Then, in the current folder, build the station program

Use Ctrl+c to properly stop it.

If you set up it correctly, you can see that messages sent from the station, in one terminal window, are received by the MQTT-SN broker in its window.

RSMB receives from the station

To implement this RIOT program, I started with the emcute example available in the Riot repository and I copied it to the main.c file. Then I wrote the previous start command with which I create a new thread to periodically generate and transmit station values.

To conclude you have to set up the folder from which the bridge read the credentials, so open the key.txt file in Assignment1/keys folder created in the previous article and add the following line

Then, go to Assignment2/MQTT-SN_MQTT_Transparent_bridge folder, open the MQTTClient.py file and edit the path variable to the Assignment1/keys folder if necessary

In the end, open a third terminal window and start the bridge that will forward values to the AWS IoT broker

Use Ctrl+c to properly stop it.

Since I switched from Java to Python, let's see how the communication between the client and the AWS service is performed.

Firstly, as usual, I imported the aws-iot-device-sdk-python package into a newly created class called MQTTclient

Then, you can see how I initialized the client and the reuse of the keys.txt file as in the previous article with the addition of the root CA file

The connection of the client to the server is trivial

as well as the publishing and subscribing.

As you have seen the code is simpler than using Java.

For further explanations, refer to the guide of aws-iot-device-sdk-python.

So, in the myMQTTSNclient.py file, I edited the Python client available in the RSMB repository in order to listen to the messages of the stations and handle them with a callback that sends them to the AWS broker through the MQTTClient class

That's all, now you have two ways to publish data and retrieve them from the website. So enjoy it and if you appreciate my work let me know with a like or a comment. Thank you!

Visit my LinkedIn profile for more details about me. 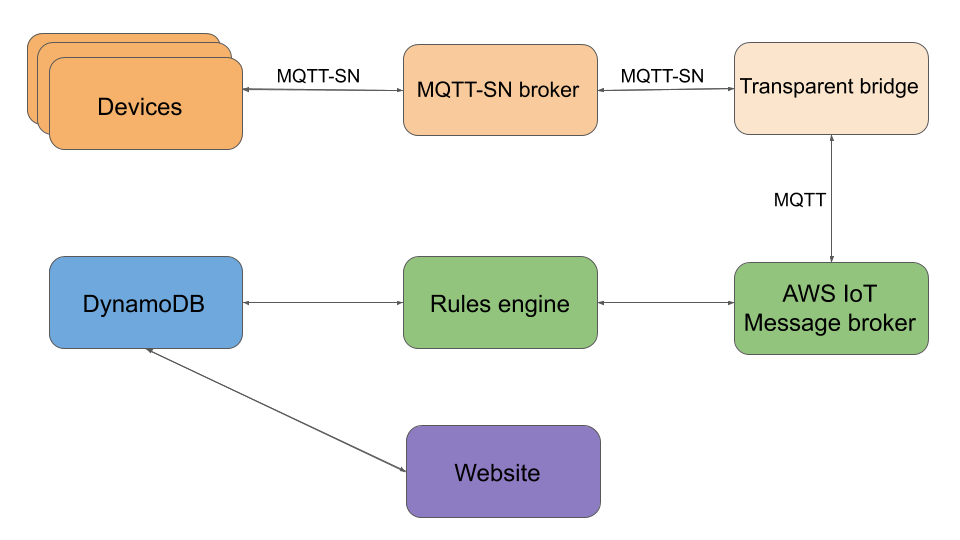