This project will allow you to easily connect the nRF24L01+ radio module to the Raspberry Pi.

Connecting an nRF24L01+ to Raspberry Pi

Connecting an nRF24L01+ to Raspberry Pi

This project will allow you to easily connect the nRF24L01+ radio module to the Raspberry Pi. 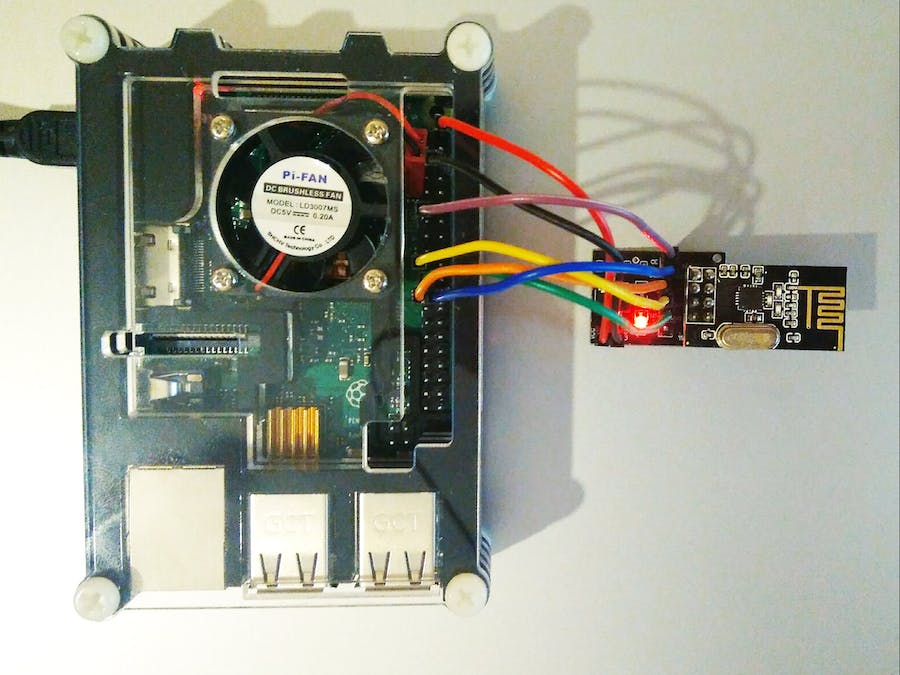 I decided to do this project because of the lack of a simple solution to connect nRF24L01+ to Raspberry pi. Most examples on the Internet have a lot of "extra" things that prevent beginners from getting started, and some do not work out of the "box". The project uses the well-known library RF24, from which I threw away all unnecessary and wrote my own examples that make it easier to work with the module through Raspberry. There is also an extension for Python, but I found some bugs in it, so I decided to focus on C++. In General, follow the instructions and you will succeed !

To work with the module, you must first enable SPI!

To enable SPI, use raspi-config or uncomment in /boot/config.txt string param=spy=on. After reboot. Upon successful download of the driver SPI you will see /dev/spidev0.0.

Then download the remote repository from github by following the link. Or, type the following command :

To scan the ISM band of frequencies, run the executable file scanner. You must see :

To compile you will need to install GNU C++ compiler. You can use the following command : sudo apt install g++.

Then go to the folder /simplified (here is the code to test with Arduino). For example, to set Raspberry as a receiver, compile the file simple_r.cpp. In the file do not forget to change the channel value to a free channel.

For Arduino as transmitter, flash simple_t.ino. Also do not forget to change the channel.