It is a 100W rechargeable LED flashlight, made using a PVC drain pipe.

It is a 100W rechargeable LED flashlight, made using a PVC drain pipe. 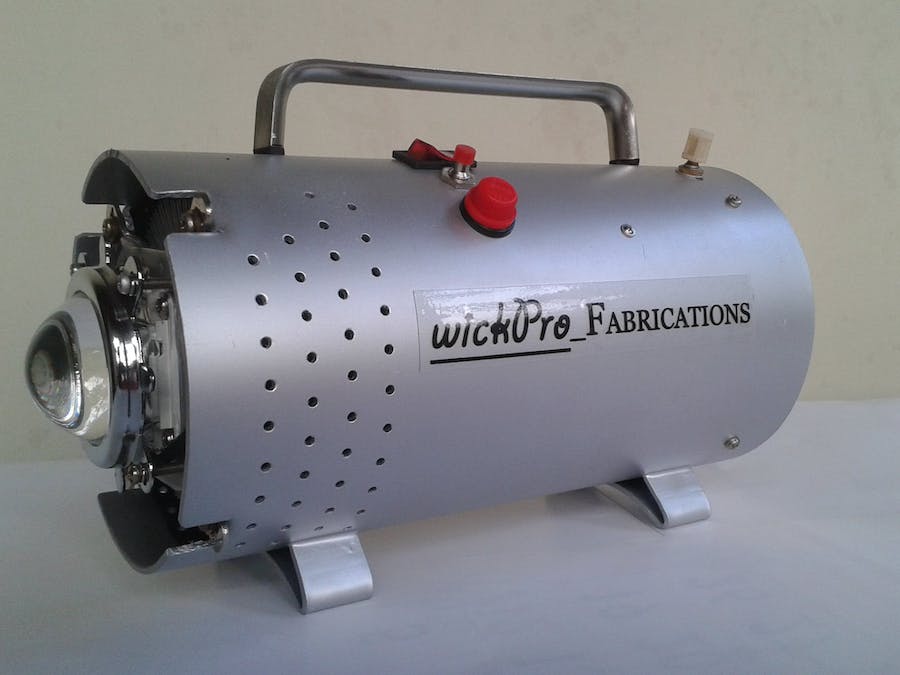 This is a 100W LED flashlight, that has 12 cells of 18650 rechargeable battery bank creating 25.2V total. Batteries were packed in 2p6s configuration and each 2 cell pack can be removed if they damaged.

12 battery cells were mounted in a battery holder created using clear plexiglass and wood sticks. Then battery distribution circuit was connected and wired.

Battery monitoring cables and balance charging cables were connected to the battery distribution circuit.250W DC to DC boost converter was modified to get the voltage potentiometer out of the PCB.

LED was mounted to the old CPU heat-sink. Then the lens mounted on top of the LED chip.

A PVC drain pipe was used as the flashlight enclosure. All the openings were made to install the heatsink, rocker switch, fan grill, battery monitor and etc.

Ventilation ports were created using a 3mm drill bit. Silver color TOA spary was used to do the finishing.

All the components were mounted and assembled in to a one unit.

All the labels and markings were sticked to the enclosure.

Flashlight was tested and my mobile phone camera cannot capture the real lux levels. It is far more brighter than this video in naked eye.

4 projects • 21 followers
The kind of person who turns ideas into projects, and projects into success.
ContactContact
Thanks to Well Done Tips.