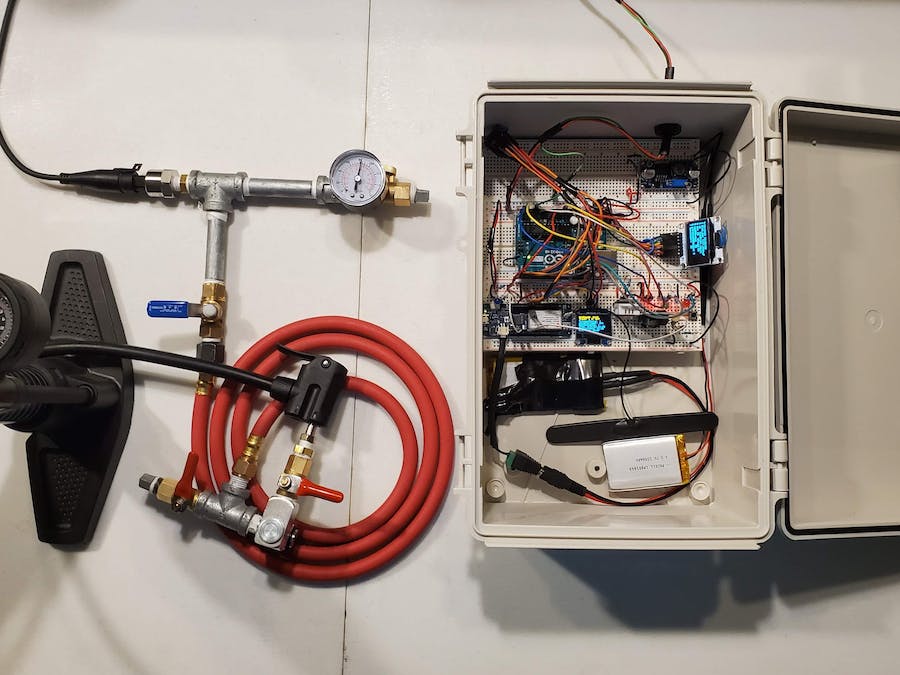 The objective of this project was to create a prototype for a low-cost device to monitor pressure on industrial equipment in remote locations using cellular data.

The following is a a step by step walkthrough of the project following the flow of data from the pressure transducer to the email notification generated by the script attached to the Google Sheet.

The pressure transducer converts pressure to an analog electrical signal.

The Arduino Uno converts the analog signal from the pressure transducer into pressure (psi).

When communicating between two Arduino devices via Serial:

The code used for the Arduino Uno in this project is attached with comments explaining key information.

The MKR GSM 1400 processes serial data from the Arduino Uno and transmits the data to the Arduino Cloud using cellular data.

It is worth noting that in the code for the MKR GSM 1400 you'll see Serial1.read as opposed to Serial.read. The reference material on the Arduino website gives a good explanation. The table in the image below shows that the TX/RX pins on MKR boards are accessed via Serial1.

The first variable named "dataStringCloud" is effectively a package of all the data from the device. This approach was taken as opposed to one variable for each value to simplify processing the data in Google Sheets. With individual variable names, it was difficult to tell the difference between a value staying the same and a value that did not get updated. The data from this package is parsed in Google Sheets.

The second variable named "pinCloud" is used to control the MKR GSM 1400 from the Arduino Cloud. There is a switch function in the sketch that controls the action based on the value of pinCloud. When pinCloud = 1, pin A1 is pushed high causing an LED on the board to light up. When pinCloud = 2, pin A3 is pushed high which leads to the Arduino Uno sending the current data as described above.

The code used for the Arduino MKR GSM 1400 in this project is attached with comments explaining key information.

Data is transferred from the Arduino Cloud to Google Sheets using a webhook.

The core of the webhook is the doPost function written in the script of a Google Sheets file.

Here is a quick summary of how to set-up the webhook. Note that the process starts in Google Sheets. You don't get to the Arduino Cloud until the end. To get from A to B, start at B.

A good portion of the JavaScript code used in this project is modeled after the code used in another project named "Arduino IoT Cloud Google Sheets Integration". The link to the project is below. I'd recommend checking it out.

The link below is to the Google Sheets file used for a recent test of the device. The cells in this file are colored based on how they were populated as indicated in the legend on each sheet.

You may have noticed that there are two functions in the JavaScript file for this project (GoogleSheetsScript.js) referenced above in step 4.

Steps to Setup a Trigger for the sendEmail function

This could be optimized by turning off or removing the displays. Another option would be to remove non-essential sensors like the DHT22 and the DS3231.

This could be optimized by reducing the size or frequency of data transmissions. For example: To reduce reduce size, only send pressure as opposed to pressure, temperature, humidity, and time. To reduce frequency, only hourly updates as opposed to every 30 minutes.

All of the hardware and tools used for this project were purchased from the following:

Thanks for taking the time to review this project.

Any and all questions / feedback / comments / suggestions are welcome / appreciated. 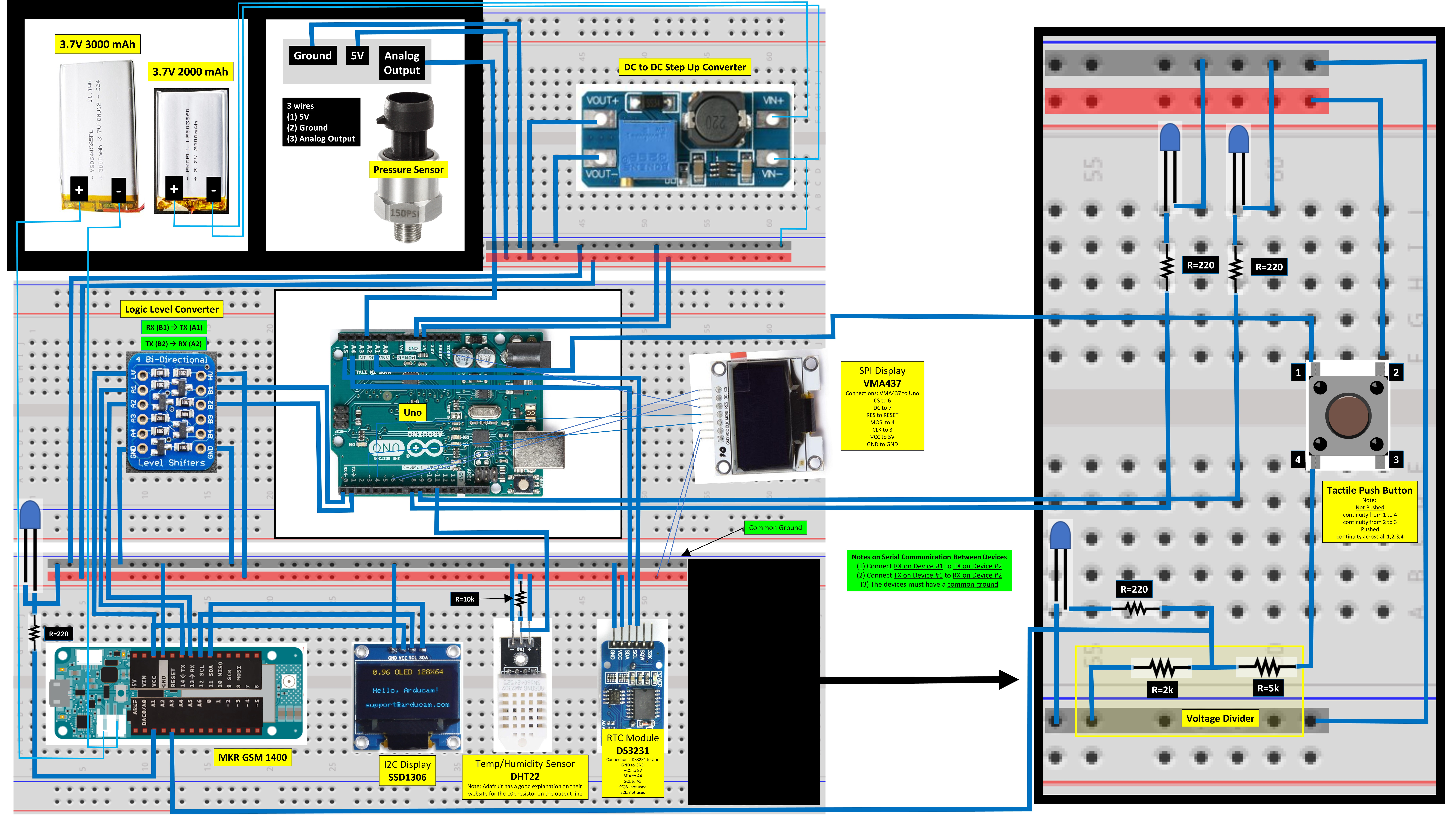