My kids don't like to go to bed in complete darkness. So, a while ago, we bought globe light to light the room.

My kids don't like to go to bed in complete darkness. So, a while ago, we bought globe light to light the room. 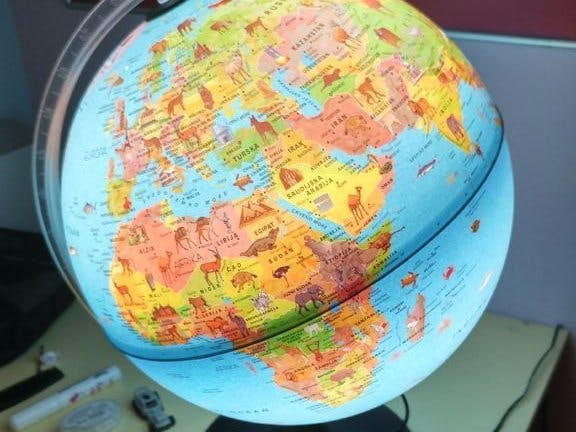 My kids don't like to go to bed in complete darkness. So, a while ago, we bought globe light, which isn't very bright, but it makes room lit enough so kids aren't scared of shapes and shadows.

That globe isn't on through the whole night, it is needed just until kids fall asleep, so I turn it off when I go to bed. But, sometimes I'm lazy. Ok, I'm lazy often. And I wanted to make it lazy-friendly. First version of IoT-cloud connected globe was external hideous thing, big, ugly, brick-like, with miniature button which was in collision with globe's one on the cable - I could turn globe of with cable switch, but also cut power on IoT brick, and then cable switch was useless as it couldn't light it up without power... My wife also wasn't very satisfied with that brick...

That's why I've decided to make it better - everything should be embedded, only one switch, child-proof, and fool-proof - so ANYBODY could use it. My plan was to embed everything in base of globe, big, black hunk of plastic. It turned out that it has enough space for everything with off-the-shelf parts: Wemos D1 mini, solid state relay board, metal button with LED light and 220V to 5V driver. Only small drilling is needed to fit button and pull cable for power internals through base.

No triggers in Cayenne, but it's two-way: when someone press physical button, Cayenne button and status toggle are triggered also.

No scheduling so far.

No video just yet.