Control all your projectors, whether it's a large hall, university or an international event with multiple rooms, all from one phone.

Control all your projectors, whether it's a large hall, university or an international event with multiple rooms, all from one phone. 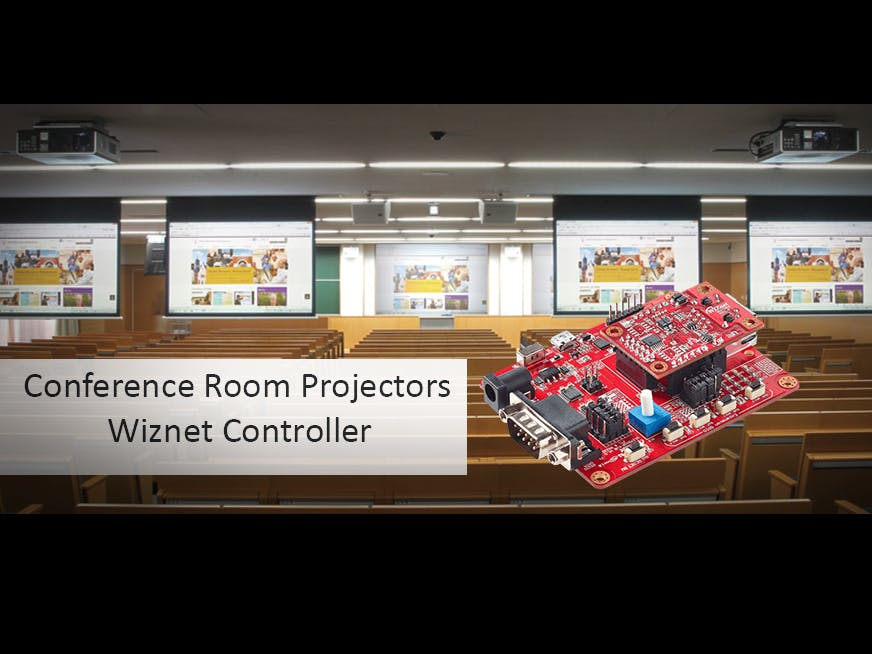 Consider a scenario where your organization is holding an event with lots of audience and you need to manage each projector in each room with the presentation related to that room adjust the projector brightness, audio output level and switch them all at once and turn them all at once or

Even consider you have a projector hang to the ceiling and you don't know where is the remote control or its batteries are dead.

In many cases an IoT controller for a projector comes in use for its convenience and usability.

Let's start connecting our projector to the Internet of Things world:

1- Getting to Know Our Tools:

2- Any projector with RS 232 Serial Port

1- we will set the module as TCP Server and choose port 5000 this should be the same as Android client to be connected. Also I used a static IP to be easier when using the android app

2- change Baud Rate to 19200, Data Bit to 8 for serial port of the projector to work "these are the configurations that worked for me after searching the projector's Manual "

it should be self explanatory just connect the module to :

and connect the VGA port between the pc and Projector

4- Getting to know our Serial interface commands for the projector.

to send any command to the projector it has to be in that format where :

STX : is the Start Byte

ETX : is the End Byte

For Example To power on the projector we first convert "PON" to Hex :

you may Get ER401 if clicked too fast or after the projector is already on this is an error message, successful response is PON all other commands work the same here I tried all some worked, others where for other models so I got error response but you get the point by now

Here is Example of Switching input mode to RG1 I got Response IIS:RG1 ( Successful )

another examples as QTM:0 response was 0037/0098 this is the reading from the temperature sensor in Celsius and Fahrenheit, QFZ to Freeze/UnFreeze image,....... etc

Instead of using the Hercules setup utility as TCP Client (we just used it for testing, we can't send a HEX code each time we want to command the projector totally A mess ) we are going to create android app to connect to the Wiznet module wirelessly that in turn will direct all data to the serial Port Giving our project internet access and control over the Ethernet and the android app will make it easier to control multiple projectors each with its own IP and ID. "ID is combination of room number and projector number in case a room contains more than one projector. " All projectors will be saved in the app after naming them and editing their static IP.

Each picture is explained in the caption below it

Hope you enjoyed the tutorial! Thanks!

8 projects • 16 followers
A Doctor Hobbyist Electronics and Intermediate to advanced Programmer in multiple Fields from web ,mobile and Game Dev to Microcontrollers
ContactContact