Prevention Is Better Than the Cure, Identifying and stopping the fire before it spreads will save life's and natural resources from danger.

Prevention Is Better Than the Cure, Identifying and stopping the fire before it spreads will save life's and natural resources from danger. 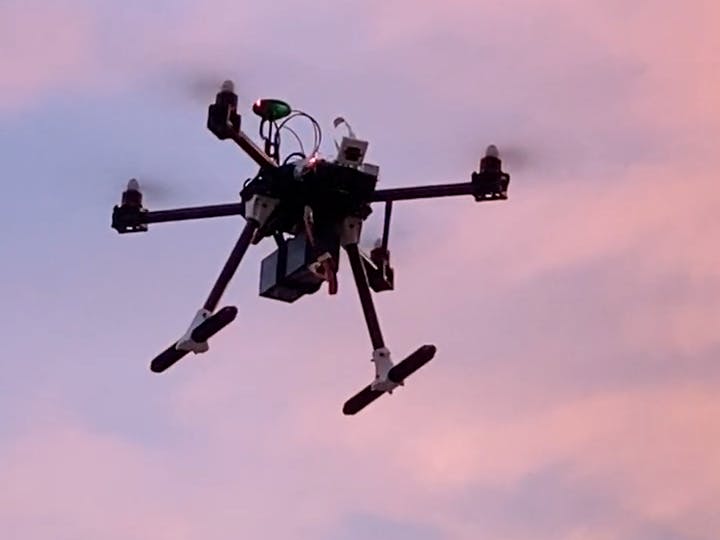 Unattended forest fire will result in great number of environmental disasters and it is endangered to human and animal lives. Every year this fire destroys thousands of hectares of forest and also destroys the valuable natural resource, it is important to prevent this fire early, before it spreads and become uncontrollable.

This drone built with inbuilt AI capabilities to detect fire real time with out any latency and alert the respective people, it achieves this using computer vision. A Microsoft custom vision module is built and tagged with different fire scenarios (e.g. fire, fire with people) and use the custom vision API in the Microsoft IOT edge model to classify the image form video stream.

The initial drone build is made from Hover Games Dron Kit instruction ( https://nxp.gitbook.io/hovergames/userguide/getting-started ).

For the Raspberry Pi, mount using zip tie to attach the PI in the extended small plate on the rail and for the Pi camara, using the 3D printed case and zip tie to the same rail.

Build IOTedge Runtime in Raspberry Pi using the instruction from the below link.

Using Docker, Azure Container Registry and Azure IOT hub to built and deploy the IOT model to the edge device.

Create New IOT Edge Solution in VS code, using the below link as a reference to build and deploy model.

Use https://www.customvision.ai to upload and train the customer Vision model for image classigication.

once it's trained export the model as docker file for ARM-32.

Add the exported model in the IOT edge solution.

I have be able to detect the fire and classify if it's as unattended fire or fire with people around and alert the ground control. Future enhancement for the project would be using custom ML to enhance the predection.