A mobile keypad with executable file to link a BLE device and computer. This is customize to the end user because of the executable diver.

A mobile keypad with executable file to link a BLE device and computer. This is customize to the end user because of the executable diver. 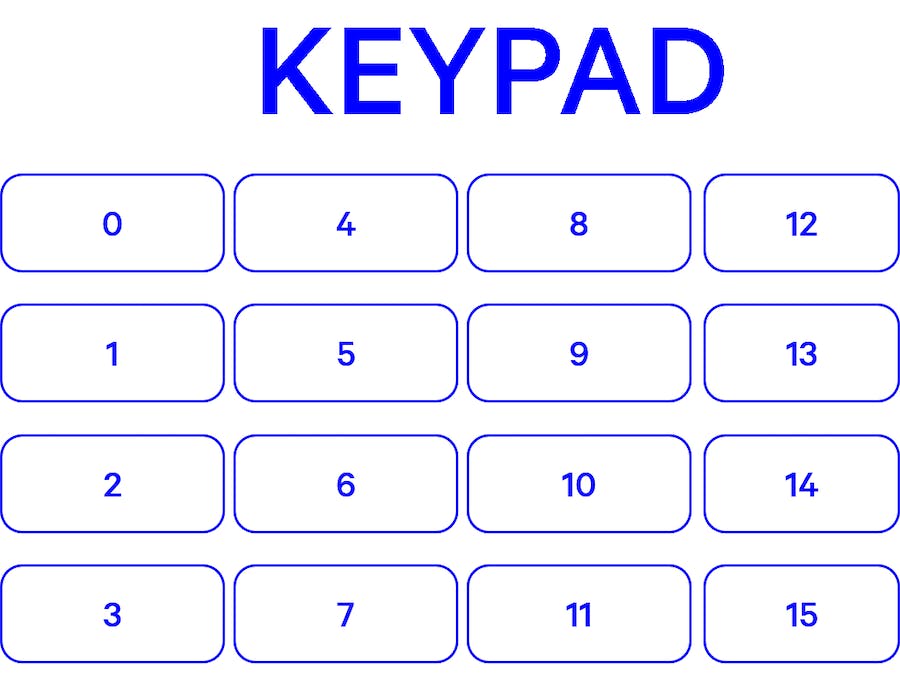 Well I had a project with my friend that was making a short cut keyboard. So I thought I can make this mobile by Simblee BLE and executable file as a Driver for it. The computer will look for the serial commutation coming from the Simblee like the phone key 0 will send as serial 0 to the computer and the computer will receive it. Executable file driver will do a Keysend event to the key you customize to your liking. If the computer application is closed all keysend and serial setup is saved via My.Settings.save.

There was a Problem I ran into....

The Problem I have ran into is that to get the program to set focus on the window that I want is that you need spy++ with is only on the paid version of Visual Studios with I don't have...boo.... This make things completed. I know how to do a dll import from user32.dll to uses FindWindow and SetForegroundWindow function within the dynamic library file but if you don't know the windows child id it will not set focus on what you need. I need to know both the child windows and the parent windows handlers.

So this might not be a workable project because of one little thing..... sorry you all but I still can give you what code I have and learn a little.

The Advantage of uses this over hardware keypress with Arduino

The Advantage of uses this program then a hardware solution to this problem is...

The Screen Shot of the Executable File GUI

This is the namespacing that give you access to the SerialPort Object for a Microsoft application.

The Dim is a way you declaring a variable that is stored in memory in Visual Basic.Net. The Variable is sp in my case which has the New SerialPort() object pass to it. The New give you a new instance of a object.

The sp.BaudRate = My.Settings.Baud BaudRate properties has a integer type so any variable pass to it will have to be a integer.

sp.Parity = Parity.None this are Enums (Enumeration) so each on has a value to it. The StopBit and the Handshake are also Enums types. Party can be set to None, Even, Odd, Mark or Space ranging in value to 0 being None to 4 being Space.

sp.Handshake = Handshake.None the if you working with Arduino will be set always with to None.

sp.DataBits = 8 the DataBits have a type of Interger with the vaule of 5 to 8 with arduino it well be eight.

sp.ReadTimeout = 1000 the ReadTimeout has a type of a Interger and the value that you make it have will be in milliseconds before it will throw a time out error that you can us the Try and Catch statement to give the user the right error.

sp.Open() this Method open a new Serial Port connection to the serial port that is in PortName and all its required data that is need like BaudRate, Parity, StopBits, Handshake, and DataBits.

sp.ReadLine() this is one of the six ways to read serial in Visual Baisc.net. the ReadLine Method read the data from the com port to the newline is seen. If you was using a Arduino sending Serial.println(1); the ReadLine() method will read 1 and nothing after that. Also by using ReadLine I dont have to worry about what type of encoding is in my program.

sp.Close() this closes the port you have selected.

This is the library that give me access to the User32.dll that has the functions of FindWindow and SetForegroundWindow. This give me the ability to uses the default marshaling behavior of this namespacing.

The Declare statement give you access to procedure implemented in external file like the User32.dll. This statement creates a reference to an external procedure and supplies this necessary information. It is not just limited to Microsoft DLL files but could also work with your own Dynamic Libray Files. The declare statement must be only declared in class, structure, or module.

The Auto specifies that Visual Basic should marshal strings according to.NET Framework rules based on the external name of the external procedure being declared.

The Lib is Required. Introduces a Lib clause, which identifies the external file (DLL or code resource) that contains an external procedure.

The ByVal specifies that an argument is passed in such a way that the called procedure or property cannot change the value of a variable underlying the argument in the calling code.

The IntPtr is platform-specific type that is used to represent a pointer or a handle. In this Code the lpClassName and the lpWindowName string are the handlers of the application being found. Is is what uses the System.Runtime.InteropService library that was imported.

TheFindWindowfunction finds the window and the SetForegroundWindow set the focus on the window you pass the handles you get from Spy++(This program is not on the free version of Visual Studio) from the FindWindow function. with this it will return a zero if not successful and a none zero if it is successful.

Thexhandle variable passes the FindWindow function with the parameters of the window name and frame you are trying to find. In this example code it is to the Calculator and the CalcFrame.

In the IF statement if the xhandle has a value of 0 it was not ruining on the computer.

The SetForegroundWindow(xhandle) passes the xhandle to the SetForgroundWindow with set the focus to that window and not to the ruining application.

The Simblee Device Code Brake Down

The Simblee will need this library to be able to talk to the SimbleeForMobile app and uses it functions and objects.

Theuint8_t type declares the ui_button0 as a unsigned char value to hold the button in the simblee.

Thevoidsetup()functionwesetupthesimblee hardware. First we setup the deviceName with can be any string you would like this will show up on the Simblee For Mobile App when it is first loaded on your phone.

The advertisementData can also be any thing you like it is also in the first load up on your phone.

The domain is for the phone cache so you can store images within this domain string that you want it to go and can be uses on any device if you put it in your program under the same name.

The SimbleeforMobile.begin Object is uses to start the mobile application just like the serial.begin starts the serial in arduino.

The void ui() function setups the GUI for the end user in this function you setup the buttons, text, the screen color, or any other things you will need for the users.

The SimbleeForMobile.beginScreen() Object is uses to set up the screen it is always the first to be declared in the void ui function. It holds your screen color. and it is always has to have a SimbleeForMobile.endScreen() Object just like html has to have <body></body> tag else it will not work. Just like the body tag of html it will have to have all text, buttons, and events made within this to functions.

The SimbleeForMobile.setEvents() Object has two parameter the first is the variable that holds the objects you want to event to be for. The second parameter is what even you want. The Even can be EVENT_PRESS, EVENT_RELEASE, EVENT_POSITION or EVENT_COLOR.

Thevoidui_event() function is the start of where the GUI get it's interface for the users. It has a event reference to get the events that are called by the setEvents object when the user presses the button.

The event.id is the Object variable that you are reference in your code.

The event.type is the event that is given when the object has done something this is defined in the setEvents Object.

I have been doing things with this device when the device was the rfduino and it required that you be a android or IOS programmer to do what you need to do even know the simblee can steal be setup with a custom android app or IOS app.

I like that you have one device with BLE within it. With arduino I have to buy a BLE breakout broad then have to wire it then get the functionally of that device.

I think it is a good investment if you want to try new hardware. You can get it cheaper on mouser.com ($35) then you can on digikeys.com ($38). 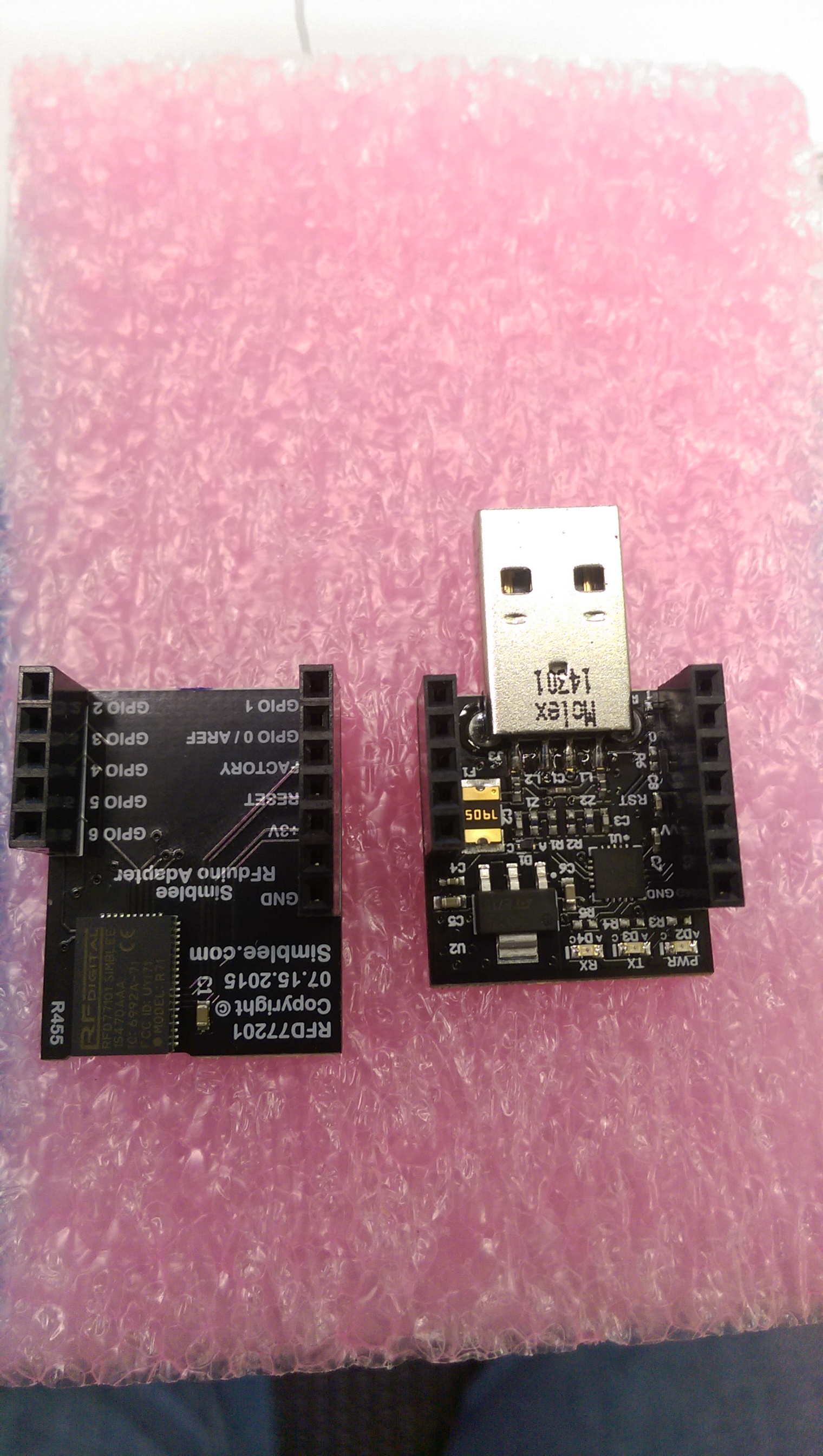 5 projects • 3 followers
I have been making for sometime now in the software world with Visual Basic 6.0/.NET. Hardware control is what i found a passion.
ContactContact