The OmnIoT SoftHub is a low/no cost "no-programing-required" IoT edge platform. Implement your IoT edge applications in hours, not months.

The OmnIoT SoftHub is a low/no cost "no-programing-required" IoT edge platform. Implement your IoT edge applications in hours, not months. 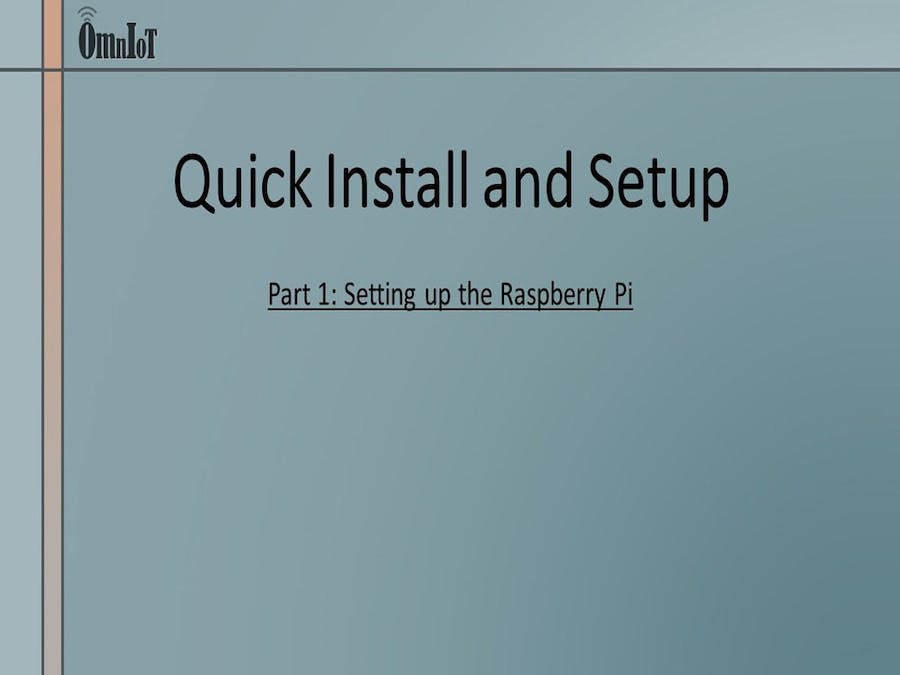 The OmnIoT SoftHub Platform allows users to quickly build most typical IoT edge infrastructure without doing any programming. It does this by (1) incorporating a flexible object based rule engine to allow users to configure their applications vs program them, and (2) including pre-support for an ever growing suite of sensors. Building an application is as simple as selecting the sensors you wish to connect to and setting up the rules of what to do with the data values the sensors provide.

This project is not so much centered on the SoftHub's capabilities, but rather acts as a "quick start" guide to getting the platform and its components up and running. The included videos take you through three high-level steps: (1) getting your Raspberry Pi setup with Raspbian-Lite, (2) installing the SoftHub and its components, and (3) creating and deploying a simple test configuration file to ensure your device is properly functioning. Lastly we provide an example scenario created for a previous project where we high-light some of the SoftHub's MQTT capabilities as well as its ability to actuate locally attached devices based on sensor threshold input. For many additional videos visit the OmnIoT website and/or YouTube channel at OmnIoTVideos.

Some brief highlights of the SoftHub's capabilities -

In this project we covered how to install and configure the SoftHub Platform including the SoftHub daemon, the SoftHub Configuration Utility, and the optional Remote Packet Capture service. We've not covered the SoftHub's many features as, as previously mentioned, there are many "how to" and example videos as well as extensive technical documentation on the OmnIot Website and the OmnIoT YouTube channel. In particular you may wish to visit the OmnIoT FAQ page. We'll close with a slightly more complex example video and emphasize that even the logic configured for this video was created and deployed in well under one hour. If you have questions regarding the SoftHub, please contact us through our Website's contact page. Thank You.