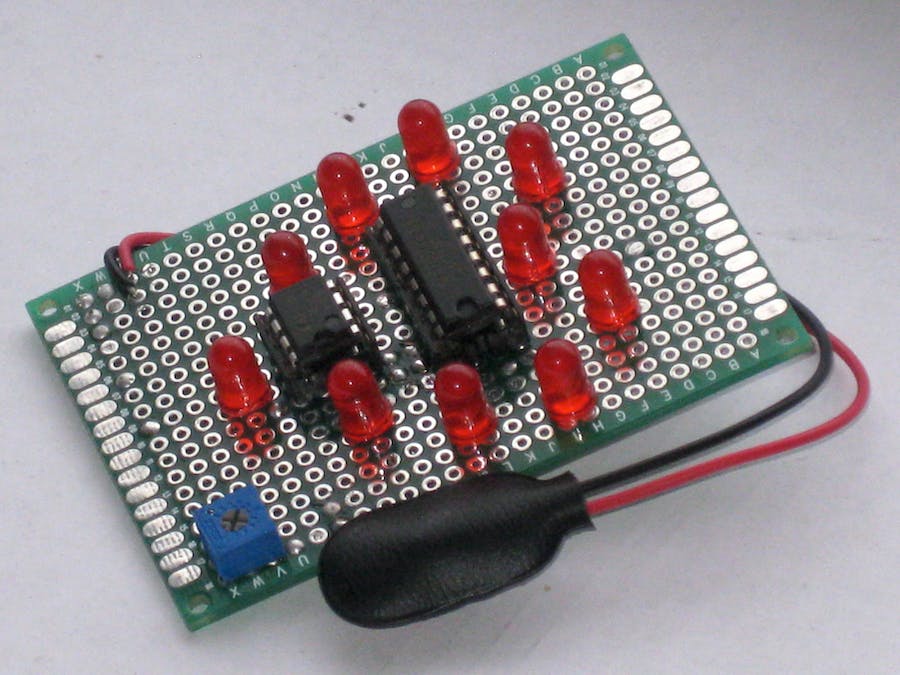 The object of your desire will not be able to resist a heart-shaped LED chaser, lovingly hand-crafted on perfboard with a CD4017B decade counter and NE555 astable. But you probably can't go wrong with flowers and chocolates as well. Just to be on the safe side.

This build was not exactly an exercise in meticulous planning. I started out by getting together all the red LEDs I could find and soldering them on a perfboard in artistic fashion. I hadn't thought particularly hard about how to light them up. There was some vague idea of pulsing PWM using a logic chip with lots of inverters and a quad op-amp. Or maybe pseudorandom outputs from a linear feedback shift register (74HC164 plus 74HC86). Then I counted the LEDs and realized that I had used exactly 10, so I looked in my bits box and found a CD4017B decade counter and a 555 timer chip. There were plenty of schematics on the internet to choose from and I shamelessly ripped one off, adapting it as I went. The diagram below approximates what I did or maybe should have done: in the event, I cut corners by leaving pin 4 on the 555 unconnected and omitting the 10 K resistors.

The hard part was soldering the perfboard without the usual spaghetti effect. My initial intention was to hard wire the chips but I'm very glad I opted to use DIP sockets. To make things neater I used 0805 surface mount passives soldered on the back of the board. It was not an especially expert job but turned out fine, and not too hideous at the back. 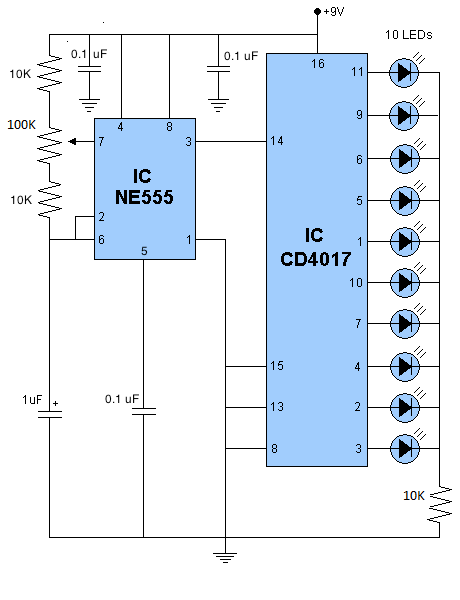