This is very compact size LED scrolling display board. It feature Bluetooth and ATmega328 chip so we can exchange data using Android.

This is very compact size LED scrolling display board. It feature Bluetooth and ATmega328 chip so we can exchange data using Android. 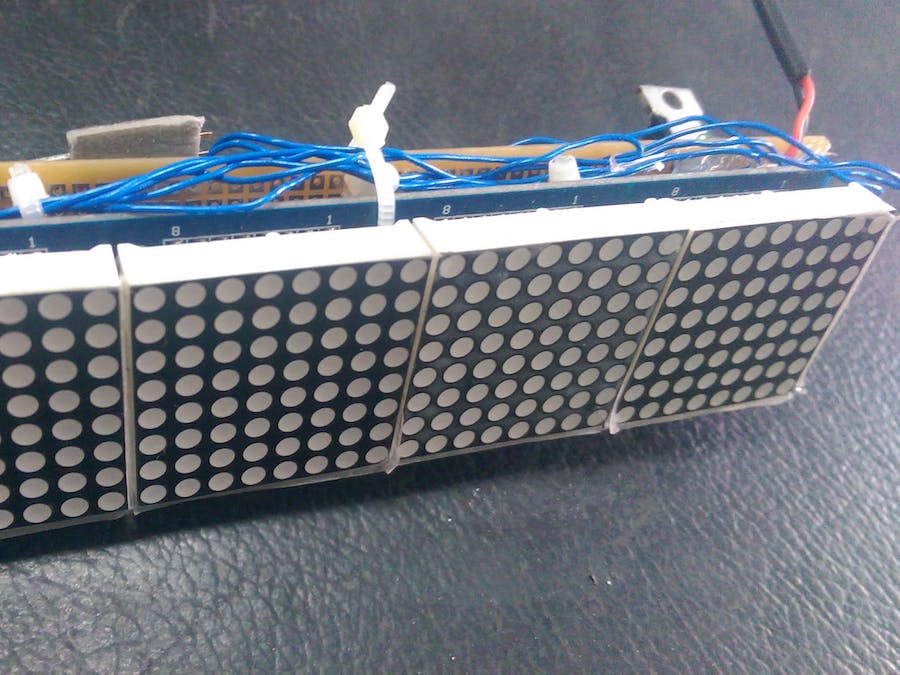 We normally use a simple static LED display screen to convey a message. Earlier, when we want to display large data, we used to change message for every few instances. Traditionally notice board is all about sticking information, but sticking various notices day-to-day is a difficult process. A person is required separately to take care of this notice board. This system displays notices through a PC on notice boards. Now scrolling displays are more preferred to static. By using a preprogrammed controller, we can make LED display in scrolling way. We can also make LED to adoptable by using Android controller based system.

The project aims at designing a LED based scrolling message display control from an android mobile phone. This system makes the use of Bluetooth technology to communicate from android phone to LED Display board. This project is about moving LED matrix display. In this project we will use MAX7219, Arduino controller, LED module for display and Bluetooth serial module for communication. Also need an Android phone for controlling this display. In this, we will show you how to create a simple scrolling text, using led matrix modules. These modules are cheap and easy to use. And, to make this project more fun, a Bluetooth feature was added: you will be able to send a message to the system using a mobile phone. LED matrix displays are great fun. They are visually charming, and readable from a far viewing distance with a much wider angle of view as compared to many other types of electronics displays. They can display all kinds of information, including text, graphics, and animation. This project is about making a portable Bluetooth-controlled LED matrix (total 512 LEDs) for displaying scrolling text message.

Android is a software stack for mobile devices that includes an operating system middleware and key applications. Android boasts a healthy array of connectivity options including Wi-Fi, Bluetooth and wireless data over a cellular connection. Android's default user interface is mainly based on direct manipulation, using touch inputs that loosely correspond to real-world actions, like swiping, tapping, pinching, and reverse pinching to manipulate on-screen objects, along with a virtual keyboard. Game controllers and full-size physical keyboards are supported via Bluetooth or USB. The response to user input is designed to be immediate and provides a fluid touch interface, often using the vibration capabilities of the device to provide haptic feedback to the user.

Nowadays, the Bluetooth feature of the smartphones is commonly used for remote control applications. Get the most out of Bluetooth on an Android device. Bluetooth is one of the nicest features on Android phones, and yet it's rarely used. The feature is most commonly used for the pairing of Bluetooth headsets (that's when the user to pair a tiny headset to the device), which allows for hands-free calling. The same can be used to edit the message of the Display as well. The text data to be displayed can be sent from a smartphone using the Bluetooth connection. The display is Arduino-controlled and uses the HC-06 Slave Bluetooth transceiver module for receiving data from the smartphone. We also using the Bluetooth Terminal App on my HTC One Android smartphone for sending text message to the matrix display. The message sent through predefined application from user android mobile phone is received by the Bluetooth modem. It feds this information to the LED display.

A look at the hardware setup: 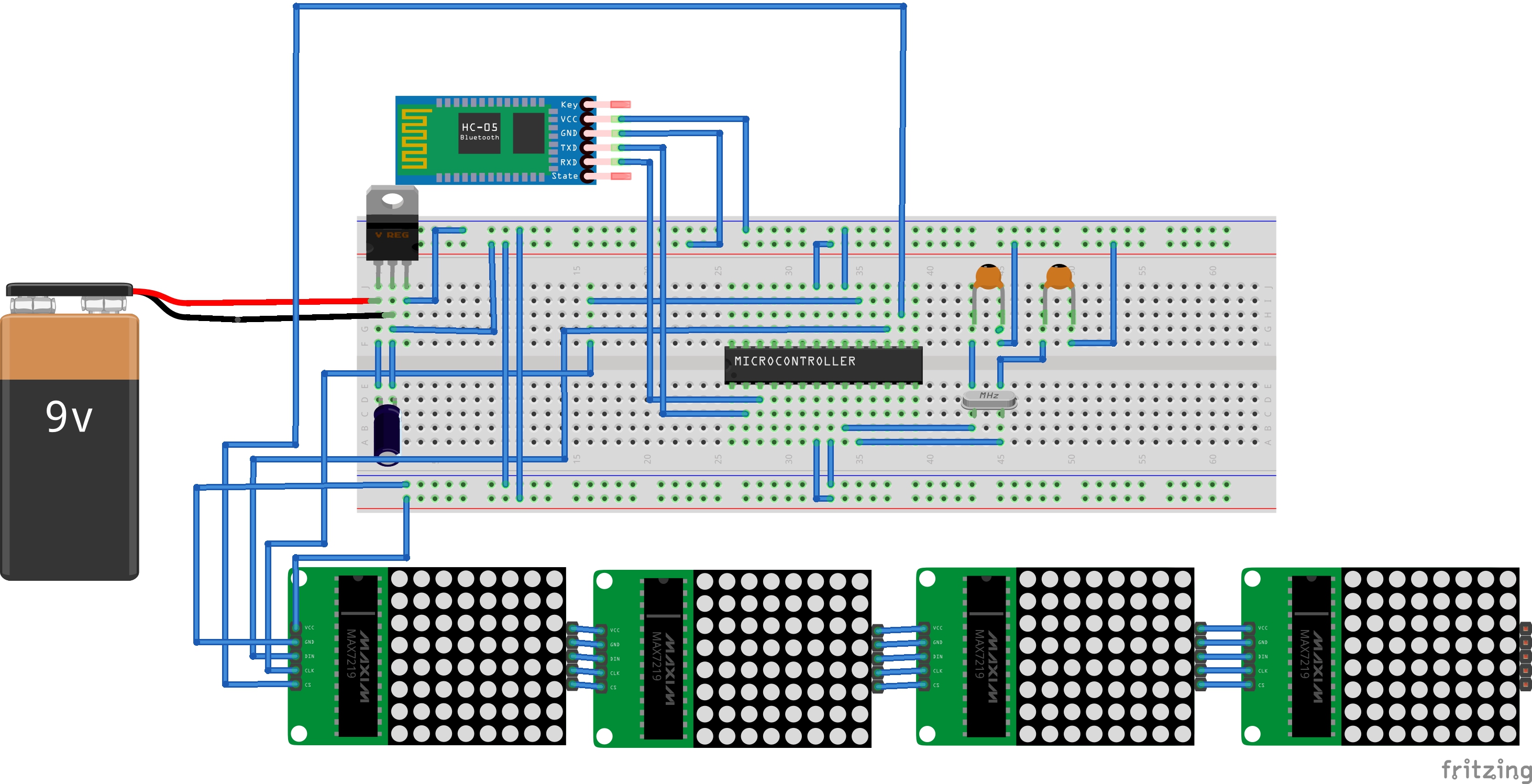