Due to delay of powering on/off lead to power consumption too high... by this model we can control lights automatically..

Due to delay of powering on/off lead to power consumption too high... by this model we can control lights automatically.. 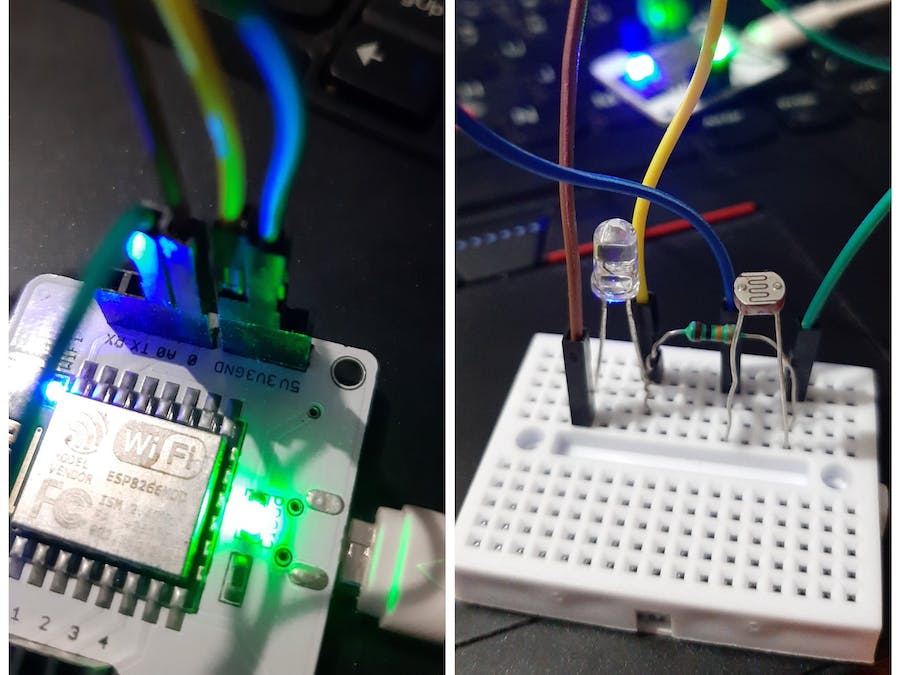 >>I just complete the bolt iot training. And I built a simple project that controlling an led light through google assistance and a temperature monitering system through linux server and sends sms to the mobile if temperature increases.

And I was thinking about that if lights is automatically ON if its is dark and automatically OFF's when its is not dark.I starting in google and finally I came to conclude that aleardy the project that i'm thinking is aleary exist and they are not used only one device.NOW I'M using only bolt iot board.OK THEN.....lets start making the project.

This project builds on interfacing with controller section of the BOLTIOT docs, ubuntu server(linux).

step 1:-take a bread board and LDR and resistor.

step 4:-Now one leg of resistor to A0 pin and another leg to GND pin.

step 6:-By using bread board connect these connection accordingly.

Next click on the copy button to copy your API key.

Follow these steps to run your first Python program.

First, connect to the Ubuntu server with your username and password, as we have learned in previous sections.

In Ubuntu 16.04 which is the version of Ubuntu installed on your Digital Ocean droplet, only Python-3 is available. To confirm the version of python, execute the command below on the terminal.

The above command would print the version of python as something similar to,

Now we will run the "hello world" program in Python. Let see how it looks like.

First ssh into your Ubuntu server that you have deployed on Digital Ocean server and as I have mentioned in the previous section. We will use nano editor for writing the Python code because nano editor comes pre-installed with Ubuntu.

The command to be typed in the terminal to create a Python file is given below,

You may give any name as per your choice, however, make sure it ends with .py extension. In the below image, I am creating an empty python file with the filename "hello".

Press Enter key after you have typed the above command and it will open a nano editor for the hello.py file. You can write your Python code here.

After that it will open and write the code which I gave and press ctrl+x it will save the file.

before entering it the device should online(bolt wifi module).

THIS IS THE VIDEO AFTER COMPLETED THE STEPS ABOVE:-