This project uses minimal electronic parts to collect environment data regarding temperature and displaying it on a web server.

Collecting and displaying data to a web server

Collecting and displaying data to a web server

This project uses minimal electronic parts to collect environment data regarding temperature and displaying it on a web server. 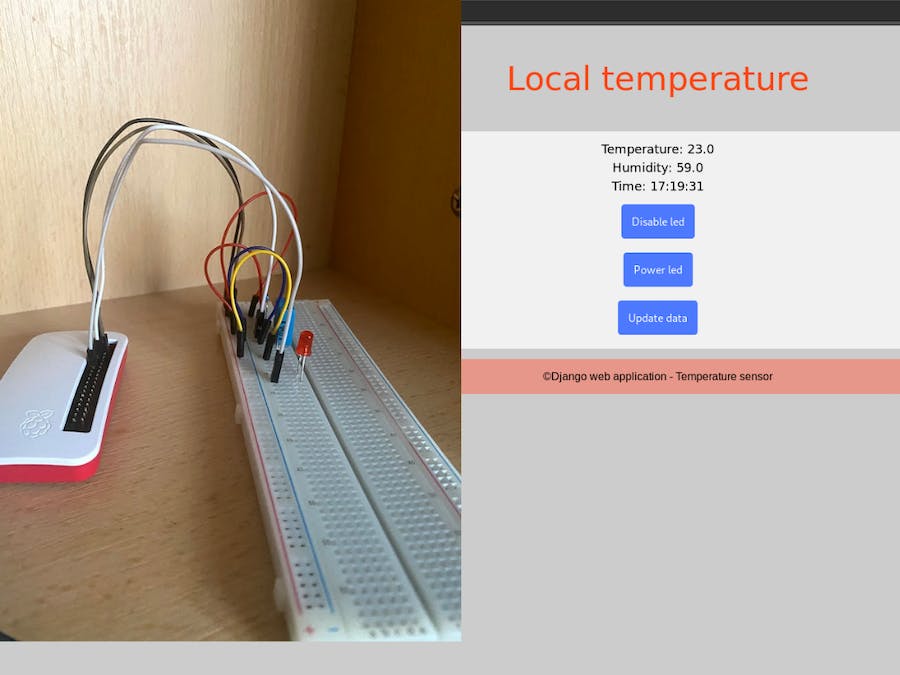 Hello, I got introduced into Raspberry Pi platform by creating this project so I kept it as simple as possible. Checking room temperature on any device which can serve as an HTTP client seems pretty useful to me and so I decided for this project idea as a starting point.

I will try to make an introduction for each electronic component used in this project, but still keep it as a simple description. Too much unnecessary information is not appealing to the reader.

There are some electronic parts used for capturing temperature and humidity, which were told in the Hardware Components list above. I choose using a led just as a warning sign that the temperature is below a certain threshold.

This application runs on a Raspberry Pi Zero W and a breadboard. The sensor data is displayed on a website powered by Django and Celery.

This project can be ported to other Raspberry Pi machines with more hardware resources if needed.

The Django framework helps in creating a quick web server. As described by the developer himself, celery is a distributed task queue, which helps the server-side tasks to be asynchronous, while boosting its response time

Each time the web client accesses the application, it updates the data and I find it useful to have control over the LED.

Setup the breadboard and I/O pins

The setup for this project is simple. As it is displayed above, the electronic parts you need for this are:

The code presented in the Github link below uses some specific I/O pins, so it would be necessary to use the same pins in order to make it work at your home.

The language used in this project is python3. The raspberry pi machine requires Django and Celery installed.

First, you need to make sure the machine is updated. Run the following commands in the terminal to update the machine:

Check if you have python3 installed by running in command line:

This command should run the python3 interpreter, if it exists, then the quit() method exits it.

If not found, install python 3 with the following command:

With those installed, proceed to install Django and celery:

I recommend installing those with sudo privileges, because we need sudo for running the website on HTTP port 80. Rebooting the machine is an option here, but it is not usually necessary.

The celery framework needs a message broker: Redis or RabbitMQ are one of those.

After the packages are installed, the celery worker is ready to run. Enter the app folder and execute:

It is possible to have more than one worker on the machine. Run the previous command with a different number name for the “-n” argument. The workers will automatically synchronize.

Run the Django project from the app folder with:

The ip bit in the command should be the local IPv4 of the machine you are running this app on. If it is hard to find out your local network IPv4 run these commands:

Browse to /temp_website/settings.py and add your IPv4 address to the ALLOWED_HOSTS list.

All the Raspberry Pi settings and functionalities are included into the /tempsens/tasks.py script.

This code part sets up all the Raspberry Pi ports for the application.

As some of you want to change the temperature threshold, it is possible. The value is hardcoded into one of the Celery tasks. Go to /tempsens/tasks.py and edit the following task:

The function takes a decision based on the temperature and if it's below 21 then the led lights up. The led turns off otherwise. 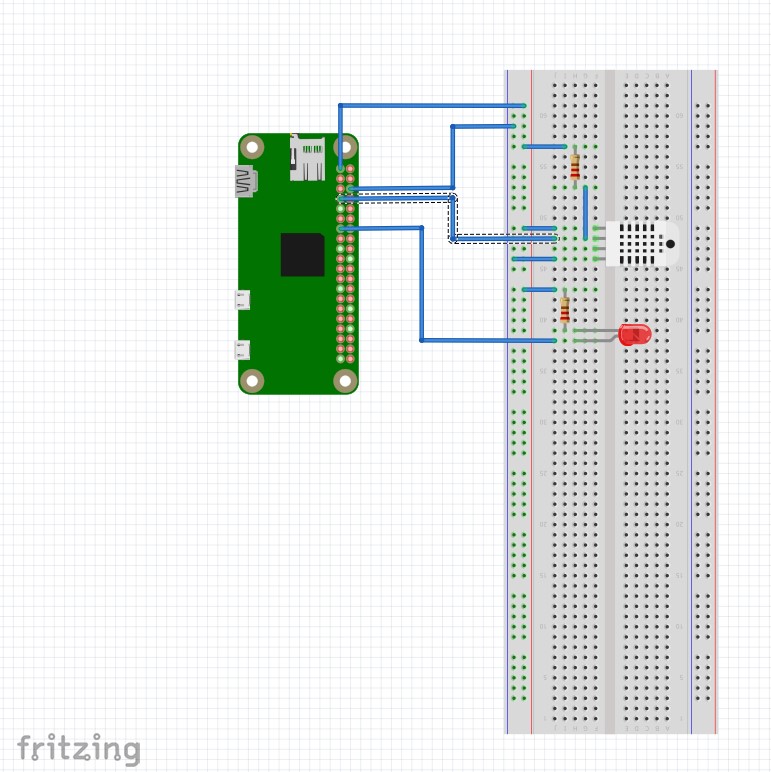