This is a little demo with Seeeduino XIAO - Arduino microcontroller. The demo uses 4 modules. 2 sensors, 1 switch, and 1 OLED display.

This is a little demo with Seeeduino XIAO - Arduino microcontroller. The demo uses 4 modules. 2 sensors, 1 switch, and 1 OLED display. 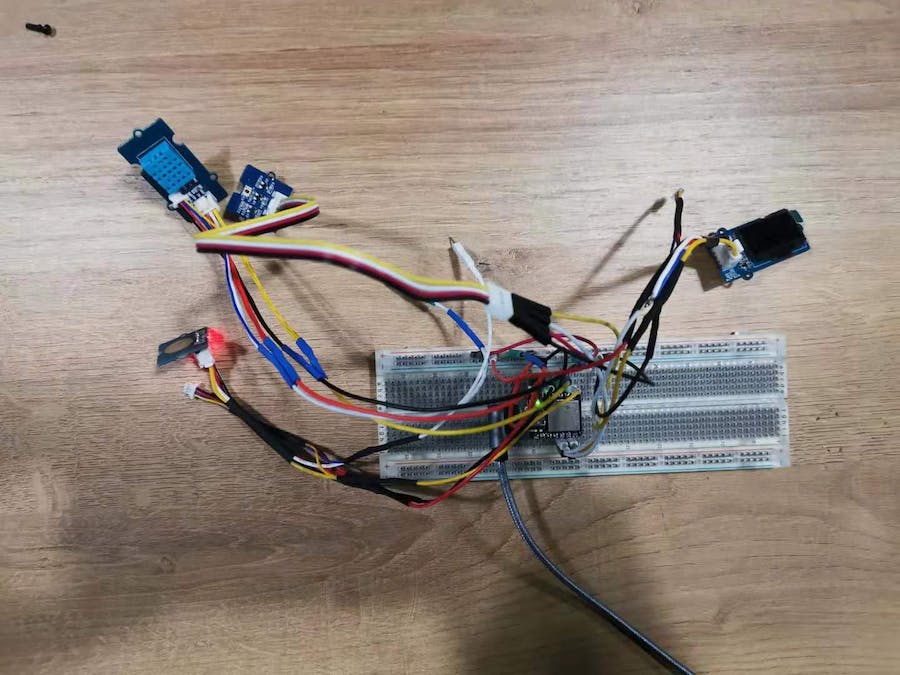 This is a demo based on Seeeduino XIAO and basic Grove sensors like DHT11 temperature & humidity sensor and light sensor to display the value on the SSD1315 OLED. And here is a Grove touch module for controlling the whole system and the OLED to display the data. Seeeduino XIAO is completely compatible with Arduino, so this demo is based on Arduino IDE. For details, you can click here to install the board in the Arduino IDE.

As for the software code, you can find most of the modules getting started codes and libraries from the Seeed Wiki. It is worth to mention that the SSD1315 OLED Display uses the common U8g2 library which is a functional library to display multiple fonts and images. U8g2 library supports many types of OLED screens and a great many fonts libraries. The demo code is available as follows.

With the correct connection of jump wires and the code below, you can realize the demo of displaying the sensor values in the SSD1315 OLED display once you touch the touchpad, and the display will be cleared when you leave the touchpad. Due to the tiny size of Seeeduino XIAO, you are able to make it as a wearable environment detector to measure the values of temperature, humidity, and light everywhere you like.