In this tutorial, we are going to learn how we can install python on our computer and how to use it with Arduino,It allows us to send data.

In this tutorial, we are going to learn how we can install python on our computer and how to use it with Arduino,It allows us to send data. 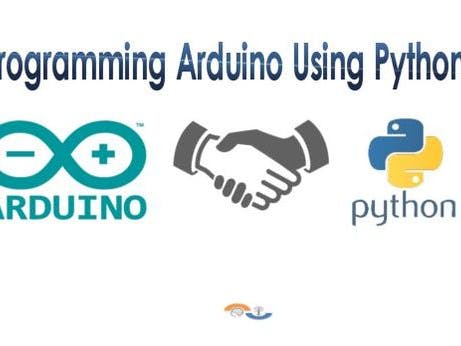 In this tutorial, we are going to learn how we can install python on our computer and how to use it with Arduino,It allows us to send data back and forth between a computer though Arduino's serial.

So, I'm going to show you how to tell your arduino to blink using Python code. Once you understand this,You would touch lots of possibilities since python has an increased productivity with its ability to interact with other platforms.

Obviously,The main idea of this tutorial is to turn ON the LED when I type '1' and '0' to turn OFF.

You can skip this step if you have installed the Python IDLE already in your computer.If yes then go to step 2 or else look to the following instructions:

2.Once you have done,you move on to installation by keeping the directory in which the python is getting installed by default.

NOTE:Even if your Computer is operating on 64-bit you can use 32-bit Python itself, due to the lack of compatibility with Arduino Libraries.

PySerial is a Python API module which is used to read and write serial data to Arduino or any other Microcontroller.To install on Windows, simply visit PySerial's Download Page and following the steps bellow :

2.Install it by keeping the setting as the default You should be sure that Pyserial worked correctly,To do this;You type in :

if you haven't confronted any error,so you're in the good way,if else I advice you to check your installation and Python IDLE extension.

First up, we need a simple program to get the Python sending data over the serial port.

To initiate a connection with the Arduino from Python, we first have to figure out which COM Port the Arduino is on. This task is simply made by the Ardunio programming environment as I notify in the picture above.

7 projects • 29 followers
Graduate of a Professional License in Instrumentation and Biomedical Maintenance and a D.U.T in Electrical Engineering and Maintenance.
ContactContact