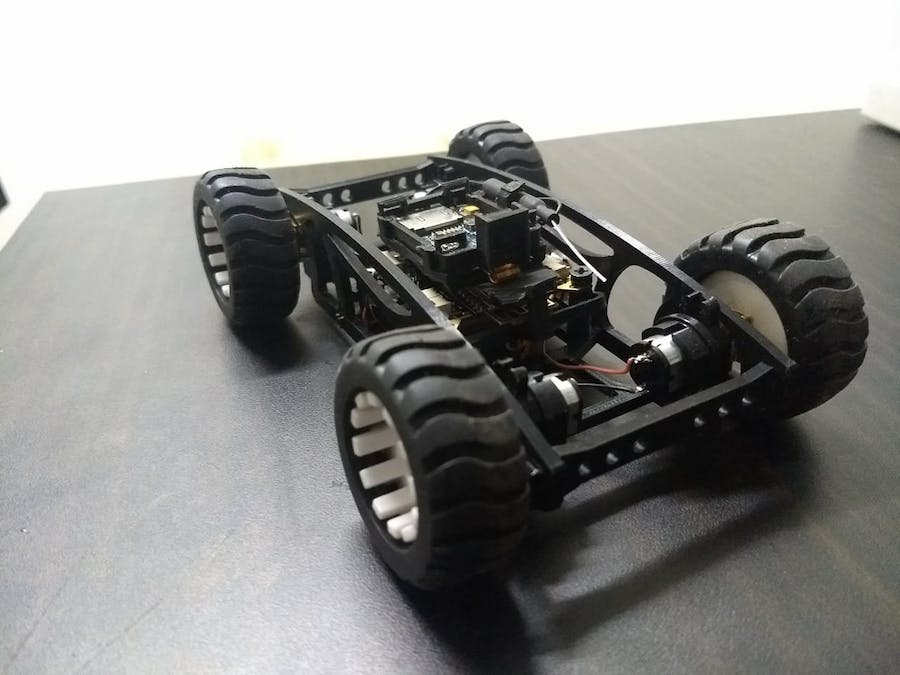 I used OpenCV image processing module to detect the object and avoid it. To test this algorithm I used camera feed of PlutoX rover. After detecting object at certain position, I give command of Roll based on position of object compared to centre of image frame. This is small achievement in field of autonomous car.

To learn basic of autonomous system, I thought an idea of making rover avoid the obstacles. To achieve this I used OpenCV module for image processing. The camera on Rover gives H264 frame to android app, after that on android side frame is decoded to MAT object of OpenCV then that MAT object is used in OpenCV algorithm to detect the object and to know its position and radius. Now this x, y position of detected object is compared with current camera frame. Depending on its position in the frame, command of row and throttle is given to PlutoX rover. Drona Aviation will soon release the API on android platform to access the on board camera frame so that tinkerers can use it in image processing on PlutoX platform.

To open drone experimentation to the world, Drona Aviation is crowdfunding for PlutoX on Indiegogo. Support them and help them bring it to life: https://igg.me/at/flyplutox/tinkerers

To build the rover based on PlutoX platform use project details https://hackaday.io/project/160363-plutox-rover

For image processing part I have uploaded the algorithm. API to access camera mounted we will release in future and keep you updated on this Platform.

obstacle_avoidance_rover_algo: Here is the algorithm for object detection based on position of object in the frame and also rover movement

8 projects • 1 follower
An Industrial Designer with the love for the creatives.
ContactContact