In this tutorial, you’ll learn how to use and connect a camera to Raspberry Pi 4 Model B.

Getting Started with Raspberry Pi Camera

Getting Started with Raspberry Pi Camera

In this tutorial, you’ll learn how to use and connect a camera to Raspberry Pi 4 Model B. 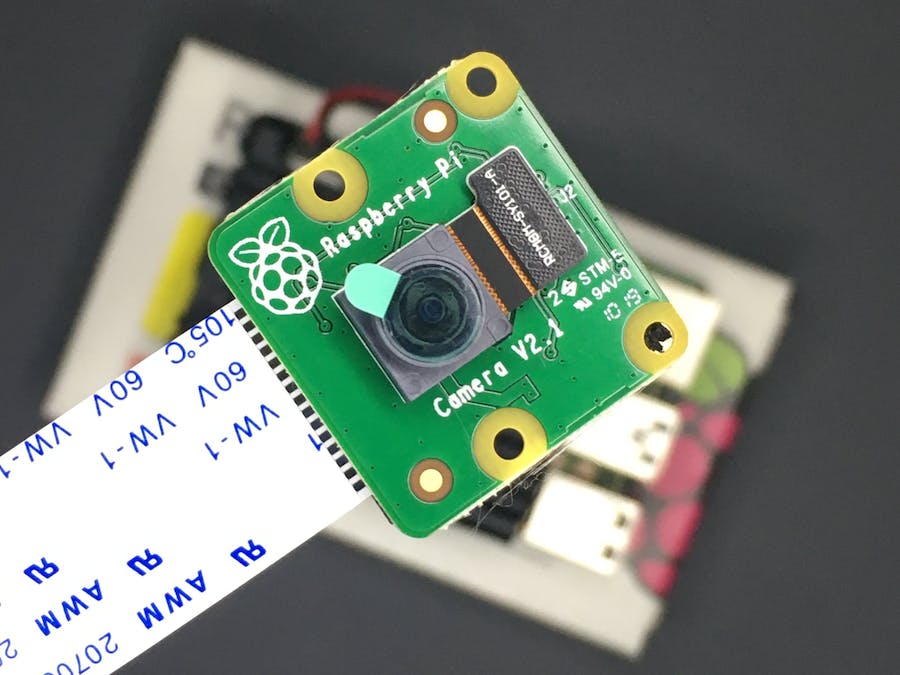 What You Will Learn

In this tutorial, you’ll learn how to use and connect a camera to Raspberry Pi 4 board.

Items for Getting Started

How to Connect a Camera to the Raspberry Pi

The camera module is connected to the Raspberry PI board via a special CSI (Camera Serial Interface) connector, which has sufficient speed for transmitting video data in formats up to 1080p at 30 frames per second or 720p at 60 fps.

The CSI interface, unlike USB cameras, allows you not to load the Raspberry processor and use the camera as efficiently as possible.

Connect the camera to the Raspberry Pi board

To do this, you need:

Now the cable should be clamped in the CSI connector and you can turn on the Raspberry Pi.

For basic manipulations with the camera, there are 3 command line utilities that are preinstalled on the system:

either execute the utility with the --help parameter:

The following are examples of utilities:

Take a photo with a delay of 2 seconds, a resolution of 640 × 480 with the output of information during the operation of the utility (-v) and save to image.jpg.

Record a video 10 seconds long and save to video.h264.

In addition to standard utilities, the camera can be used by software methods. For example, when building security systems, when it is necessary to activate recording, when an event occurs or according to a schedule.

To work with the camera in Python, you will need the PiCamera library, which is preinstalled on the system. If for some reason it is not there, then you can install the library with the following command:

Sketches with the name picamera.py cannot be used - this will make it impossible to use the PiCamera library in Python.

When the library is installed, it must be imported in the sketch:

The following code enables the camera in preview mode for 10 seconds,

The following code enables the camera in preview mode for 5 seconds, then take a photo and save it as “image” on your desktop.

After 10 seconds, the video will end and will be saved to the video.h264 file in your user’s root folder. To watch the video, use the omxplayer program.

The Picamera library for Python allows you to use a large number of settings and filters that can be applied to both the preview and the photo itself.

You can add any text to the photo using the annotate_text command. You can also change the text size with annotate_text_size command. See the following example.

By default, a photo is taken of the resolution that is configured on your monitor, but you can change it using the camera.resolution() command.

Adjust the brightness or contrast of a picture

You can adjust the brightness on the photo by setting it from 0 to 100. By default, 50 is used. If you want to set the brightness, for example, to 70, specify the following code after starting the preview:

To set the contrast, use the camera.contrast command.

With the help of the following program you can see all available filters. The code will change visual effects every 5 seconds:

You can find a complete list of functions and features of the picamera library on the official website.

I hope you found this guide useful and thanks for reading. If you have any questions or feedback? Leave a comment below. Stay tuned!

2 projects • 15 followers
Control systems and robotics engineer, you can reach me through email: shahizat005@gmail.com
ContactContact