Motors, LEDs, and Christmas trees. Make your very own electronic zoetrope and hang it on your tree.

Motors, LEDs, and Christmas trees. Make your very own electronic zoetrope and hang it on your tree. 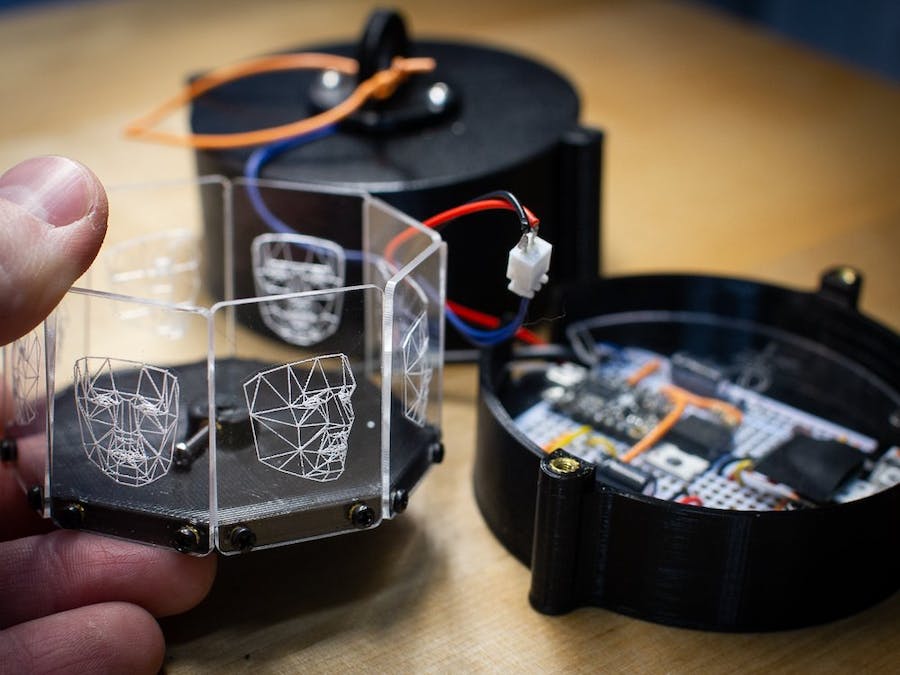 Every year I like to make some sort of Christmas tree ornament. Last year I made the Christmas Ornament 3D Printer that 3D prints Christmas ornaments (video), and the year before that I made an ornament that played '90s TV commercials on your tree. This year I was almost out of time, but I managed to throw something together in a one day build. Check out the video below.

A zoetrope is could be the original form of animation. It was made of a spinning tube with slots cut in it. Looking through the slots would allow you to see an image for a brief period while it spun. As each slot passed your eye, you would see a different image, creating some form of movement. What I have built is similar, but I'm calling it a "reverse zoetrope" since the LEDs makes the direct image view-able one instance at a time.

The electronics are relatively simple. I used an Adafruit Trinket for the brains, a section of WS2812 LEDs, a hall effect sensor, and a IRLZ44N MOSFET to control the motor. I threw it all together on a protoboard.

The upper half has a circular panel of lasercut acrylic pieces, which I took different shapes and turned them into a spinning animation. You will see in the video my original idea of trying POV did not work out. The acrylic pieces are screwed to a platform and attached to a motor.

The whole thing goes together into one "ornament" sized package.

The inner piece spins and as the magnets trip the hall sensor, it triggers the lights to turn on for a split second. Here is an exaggerated example.

This project was very quick, but fun. I managed to throw together something with what I had on hand, and it gave me a great reason to try out my new laser cutter. I learned a bunch of things, and will be attempting an updated version in the future.