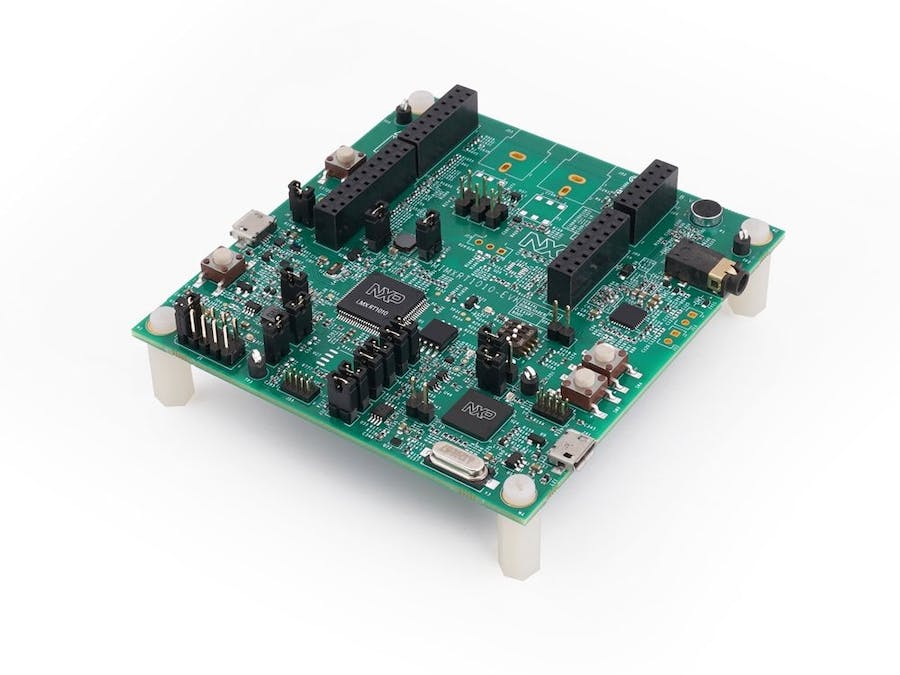 Next we set the environmental variable for our toolchains: issue the commands below or put them in your ~/.bashrc (if you put them in.bashrc then run: source ~/.bashrc to activate the enviroment)

Also they could put in.sh script file, chmod it +x do this as you like.

Now we need to add udev rules file that provides information needed to identify boards and grant hardware access permission to flash tools. Install these udev rules with these commands: run the commands below:

We need to test zephyr-os at this point to make sure that the imx-rt1010 board is configure and works well in zephyr-os kit.

Taking the board for spin-drive: running the sample application

from the root directory, run the west routine below to build the sample App for RT1010

error-message: CMake was unable to find a build program corresponding to "Ninja"

Soln: including one of the following directives in your build command:

use --build-dir to specify a different one or

use --force due to enforce build

if everything else is okay the you end up with a build like shown below here:

You should an zephyr/zephyr.elf file created for your board

Why I was having problems to flash the firmware as it requires J-Link hardware that I do not have at hand so I need an alternative routine function to the board flash with the newly built firmaware.

MCUxpresso IDE is NXP tool made for the board and other series so it should pretty well using the USB debugger interface. Lets how far we could go here.

A finished IDE installation as shown in thescreenshot below:

Getting RT1010 sdk install into the IDE environment:

Getting familiar with RT1010 SDK and sampling:

The sdk comes with plenthora sample applications that showcase the board features:

There are few documents that could be found on Google search that explain how to go about about getting MicroPython build for MIMXRT1010 board but each goes a bit less or none to what I was looking for. These are expecting since each of them are trying to get it built for a particular board or for a particular vendor interest. I think we are in the same boat here doing the same for MIMXRT1010 board.

We are going to clone Micropython repository as a sibling of Zephyr OS that we have built previously, tested and working for MIMXRT1010 board above in this project.

Your folder layout should look similar to what is shown below here:

The above command if everything goes as it should be should get you a port of MicroPython with Zephyr OS firmware to ready to be flash ed onto MIMXRT1010 board.

If you encounter build errors like the ones shown below:

Then you need to set zephyr enviroment variable, run the command:

Next go back into previous zephyr port inside the micropython directory.

Another problem that may be encounter is the toolchain unable to locate header files like shown below here:

and that should update to the latest git headThen repeat:

the issue here is listed below:

ld: zephyr_prebuilt.elf section `noinit' will not fit in region `SRAM'

The above issues are from Linker complaining about SRAM value, so loacte mimxrt1010 board yaml file in the zephyr/boards/mimxrt1010_evk folder to the followings:

It always an issue and you may have to adjust the linker script assocaited for a board. This is also what porting entails. See here: https://github.com/zephyrproject-rtos/zephyr/pull/6617 for more information and Google to get more on overcoming the problem.

Well sadly increasing the ram size does not cure the pre-built elf size error so at the moment I only able to build with the minimal configuration:

Screenshot of this build configuration is as shown below:

The good news here is that we can use the minimal build configuration as a starting point to ge the full build done. So I will be studying those source code, dts, config,.mk and make files to work-on form there but we need to test our built firmware and flash the with it.

1.) for the minimal build mode, you may need to turn VFS direct in mpconfig.h as shown here:

2.) You may also need to adjust the linker-cmd file to increase the ram size. (Hey! This is Micropython + Zephyr OS. Okay!):

Why bumping ram size? Well according to the following extract from the Micropython build instructions. See the extract below:

MicroPython is committed to maintain minimal binary size for Zephyr port below 128KB, as long as Zephyr project is committed to maintain stable minimal size of their kernel (which they appear to be). Note that at such size, there is no support for any Zephyr features beyond REPL over UART, and only very minimal set of builtin Python modules is available. Thus, this build is more suitable for code size control and quick demonstrations on smaller systems. It's also suitable for careful enabling of features one by one to achieve needed functionality and code size. This is in the contrast to the "default" build, which may get more and more features enabled over time.

To make a minimal build:

Now as you can see that anything below 128KB will be a struggle for us but luckily the MIMXRT1010 has:

So we should almost fine. Lets go on:

Getting the full build error fix around the corners. This is what worked foe me:

ram: 64 <== work for standard built of Micropython plus Zephyr

The screenshot for a full built of MicroPython+Zephyr OS is as shown below:

After about a week going round websites and Google insanely, I finally was lucky to find the following guide on Keil forum. It was as a reply previously to those people having the same issues like the ones I was experiencing. Huuh!

Developers can create a µVision project for downloading a HEX file to Flash. Such a project can be used within a batch file for automated Flash programming. Follow these steps to create the project file:

The above steps proven positive, so now I have an Ubuntu Linux setup to build firmware and applications on then move the output binary onto Windows 7 box to get it flash on MIMXRT1010_EVK board. Let’s see how far I can go on these steps.

A quick test drive of the minimal build (Micrpython+Zephyr)

We also carried the standard and a full build of Micropython+Zephr OS:

After clone Circuitpython, change into its folder

This will compile a frozen library that will be include in our firmware when we build that firmware object next.

if type the ls command to list the folder contents, you should the following items shown in the screenshot below:

Most files are common to iMMXRT10xx family but the folder named ==> boards is important to us as it contains each RT10xx specific board configuration and we can have our iMMXRT1010 configured for our firmware build options.

We want the imxrt1010_evk folder, so cd into that folder and lets work through it.

Type the following commands to build the firmware:

if everything goes well then you should see the following out about the firmware was successifully built:

I discover this brilliant usb utilities that could facilitate drag and drop of firmware, programming files, python code onto a board and have run those files without having to flash board each time/repeatedly. Cool stuff, thanks and credit goes to arturo 182 guy.

The above command will build it for our iMMXRT1010 evaluation board.

If everything goes on well then you should see the following screenshot output:

Now the next thing is to flash your board with the tinyuf2 just built firmware. Happy hacking!

Hurray! It works! Now the next step is to get MicroPython setup and build the Zephyr port of it.

ince we have got:

In the next part we will using our environment to create learning environments with control systems using MIMXRT1010_EVK board:

Develop App to control devices attached to board

Issues Ulink2 (does work in Linux nor Ubuntu. What a waste?)