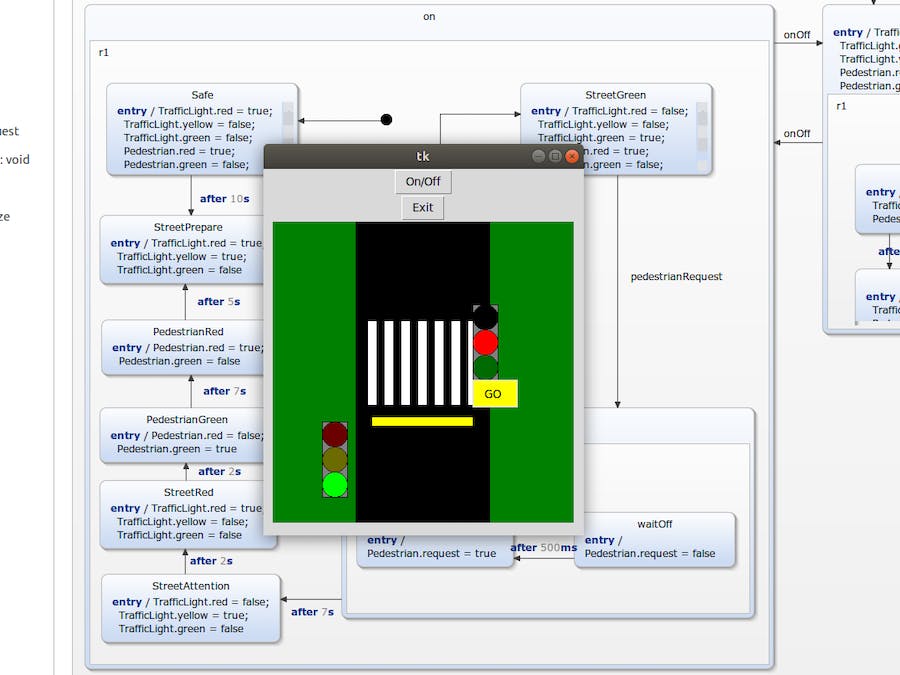 I know, I know... hackster.io is mainly for hardware examples... but I couldn't resist:

Here it is - the exact same example with Python!

State machines are a powerful design pattern to implement complex, event-driven systems. As the complexity rises, they might become more and more interesting. In this example I will show you how to use state machines, generate python code and run it connected to a simple GUI.

Honestly, there are more details you need to be aware of, e.g. timing, but this is explained more detailed in my last example.

This is how a pedestrian traffic light could be implemented as a state machine:

To show you how you can use it I've just recorded a little screen cast. All you need is an installed Python3 and YAKINDU Statechart Tools (which at least requires Java 8). Everything else comes with the IDE.

Free for non-commercial use.