Making my own special gift for a 50th anniversary with NeoPixel and an Arduino Nano.

Making my own special gift for a 50th anniversary with NeoPixel and an Arduino Nano. 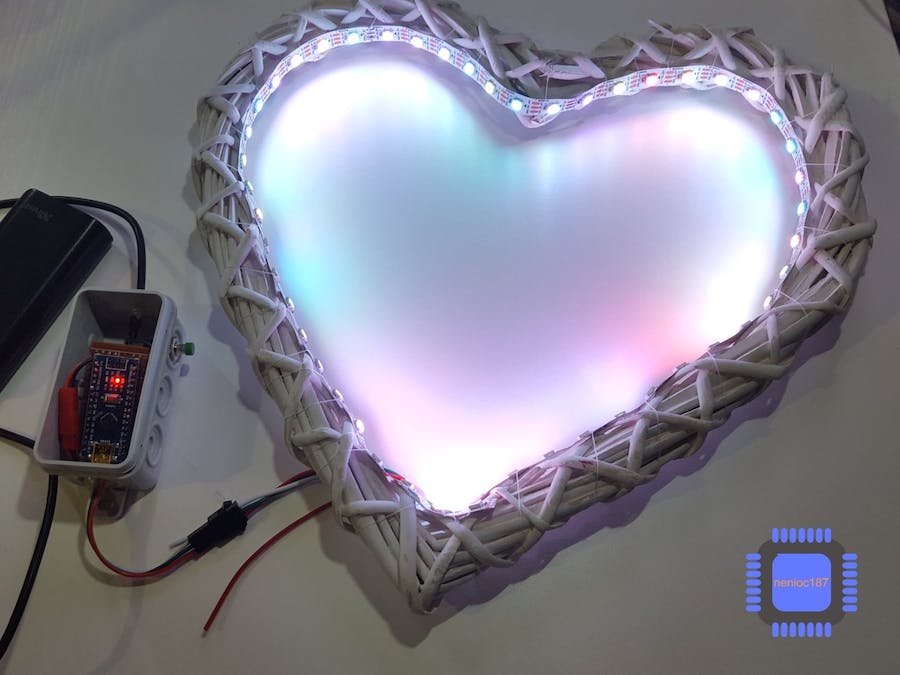 Friends of mine are about to celebrate their 50th anniversary. And both love colorful, blinking LEDs like I do. So I decided to make a glowing heart for them. Since I'm only creative but not an artist, I never wasted a thought about creating the heart shaped form for myself. After hours of research, I found a heart made of wooden branches, that fits my needs.

I used a 60 LEDs / meter NeoPixel strip. I figured out that if I placed them on the inner side of the heart, I'll need about 48-49 Pixels. Well, with a little overlap I can make it 50 to honor the 50th anniversary. Since the strip's adhesive tape won't stick on the wooden surface, I additionally fixed it with some thread. That took about 10 minutes. I put the controller in one of those electrical installation boxes.

I thought about using an ESP as a controller, but it shouldn't be too fancy. So I used an Arduino Nano. That limits the program to a few kbs. So I made ten different animations. Tried to be very efficient and flexible. The animation, I'm most proud of is the beating heart. I tried to use real heartbeat timings for this. And since the 50th anniversary is also called the golden wedding, I made three modes with only golden colors. And to change the modes, I implemented a push-button.One of the modes is quite special. I made an animation, that simulates a heartbeat. For this I investigated how the correct timing for the heartbeat is and tried to implement it as accurately, as I can. Which worked out pretty well.

The couple is quite happy with the present. In fact, after three month they are still enjoying it - which is longer than most of my relationships last. 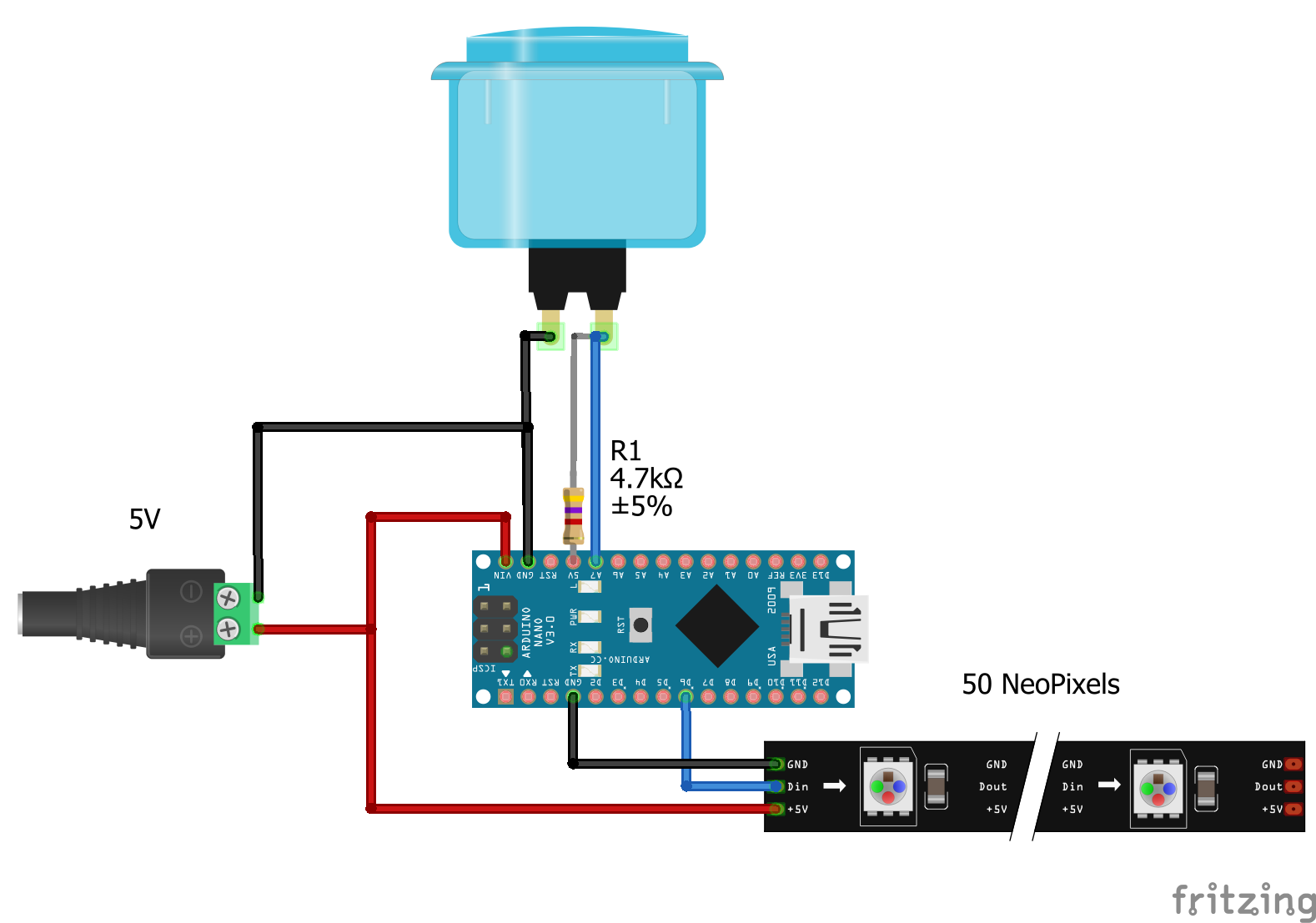