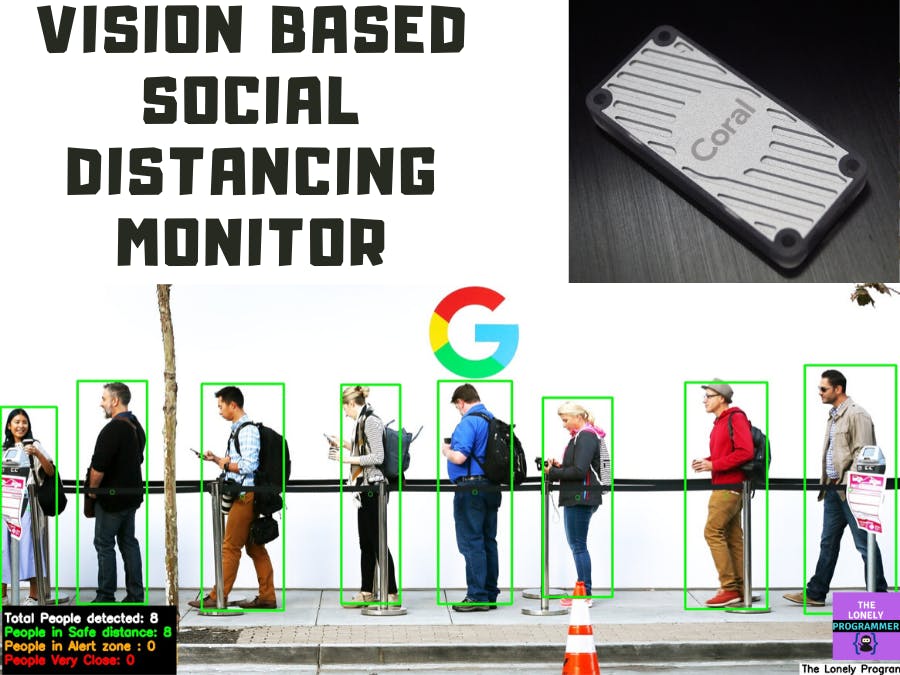 Why Did We Build This?

COVID-19 has been a major threat of 2020. It has been six months and the researchers are working hard to develop the vaccines for this virus. We are bound to reduce the spread of this virus in order to win this pandemic. So, it is our responsibility to wash our hands and follow social distancing practices. Although we try to follow social distancing, some people are not responsible to maintain distance or stand away from the neighboring person.

Maintain at least 1 metre (3 feet) distance between yourself and others. Why? When someone coughs, sneezes, or speaks they spray small liquid droplets from their nose or mouth which may contain virus. If you are too close, you can breathe in the droplets, including the COVID-19 virus if the person has the disease.

To avoid getting infected or spreading it, It is essential to maintain social distancing while going out from home especially to public places such as markets or hospitals.

The system is designed to detect the people from the Camera or Video feed and to determine the distance between the humans to classify whether they maintain social distancing or not. Using the above data, we can decide how to take countermeasures if they do not follow frequently. This project can be used in the hospital, market, bus terminals, restaurants, and other public gatherings where the monitoring has to be done.

This project consists of a camera that will capture the image of the people entering public places and measure social distancing among them using the distance features.

To test the real-time scenario, we have fed the video stream to the system to test how possibly it could be used and the results were pretty affirmative.

This tutorial explains the usage of Google Coral Accelerator to detect people present in the frame and calculating the distance between them. This Writeup explains the basic setup of BalenaFin, and deploying the social distancing app on edge. Assuming that you have already set up the Raspberry Pi with Raspbian OS, I'll be covering the following.

Similar steps are followed when you use a Raspberry Pi.

The Overall components used for this project are shown below.

One of the recently expanding markets is the Edge AI device. Edge devices are the co-processors used to process AI implementation. Some of the popular edge devices are Intel's Neural Compute Stick and Google Coral Accelerator. These help us to run inference on an edge device without sending the data to the cloud.

First of all, I would like to thank balena, and Hackster.io for supporting this project with the powerful balenaFin v1 kit, which is highly-designed for field deployment application. It is powered by the Raspberry Compute Module 3 & 3+ Lite.

Step 2: Getting Started with balenaFin v1

Some of the additional things required are:

There are two OS officially supported by the balenaFin.

The Configured OS can be downloaded from this link.

Raspbian is the Linux distribution of choice running on the Raspberry Pi. In this guide, we will be using the Lite version, but the Desktop version (which comes with a graphical environment) can be used as well. Make sure to install the CM3 drivers from here.

Once the image is flashed, remove the micro USB cable from the balenaFin and then power it using the phoenix connector or the Barrel Jack. If you face any issue, please refer to the troubleshooting page.

Now you can find the Raspberry Pi OS is booted on the balenaFin.

You can buy a Google Coral USB Accelerator for $75.

The entire setup of this project looks as shown below. You can connect a pi-camera or a webcam to the the Balena Fin.

Step 5: Setting up the Coral Accelerator

If you want to increase the inference speed, you can install the runtime mentioned below.

Note that, this can increase power consumption and makes the Accelerator very hot to touch.

Make sure that you have already installed the TensorFlow and other support packages to continue. The TensorFlow Lite library is

Make sure that you choose the proper python version to avoid the error.

Now, we have successfully performed inference on the Edge TPU using TensorFlow Lite.

Now, let's see how the social distancing project can be implemented. The Workflow diagram is given below:

Some of the optional packages for working with BalenaFin.

You can find the list of the model supported by the Coral Accelerator here.

The input feed can be either an image, video, or CAM feed. MobileNet SSD v2 (COCO) is used to perform the inference. The model uses the COCO dataset and it is capable of detecting the location of 90 types of objects. Input is resized to 300x300 as it requires input in that shape.

We start the performance counter to calculate the inference time.

Perform the object detection for the given frame

The Inference is performed using the invoke() and the bounding box coords, class and the confidence are extracted.

The distance calculation is done using the Scipy. The centroid of the bounding boxes is computed and appended to the 'cent 'list. The Euclidean distance between the detected objects is used to measuring the social distancing level.

The distance is denoted in pixel. The MIN_DISTANCE and NEAR_DISTANCE are set by the trial and error method.

Make sure that you have completed the above steps properly.

This will create a folder called coral-env inside the directory. The coral-env folder will hold all the package libraries for this environment. Next, activate the environment by:

Now you can see the coral-env virtual environment initialized.

To make the above installation steps simple, I've written a shell script that automatically downloads and installs the packages and dependencies necessary.

The Google example using the TFLite model uses the following model and labelmap which is downloaded as follows:

The quantized MobileNet SSD model is downloaded and saved to the model directory by:

The vision-social-dist-final.py file is fed with the following arguments in the command line inference, where

To run inference on a video file:

Using a camera stream instead of a video file

You can find the complete code on my GitHub repository.

To test the real-time scenario, we have fed the video stream to the system to test how possibly it could be used and the results were pretty affirmative.

The accuracy in detecting the people is average as the coral supports TFLite models which use an 8bit fixed-point number. i.e INT8 or UINT8. The Tensorflow model of FP32 has quantized to the INT8 TFLite model, which losses some of the important information, which degrades the performance.

The detection can be improved by retraining the detection model using TF and converting it to a TFLite model. I've planned to implement some major changes with the Hardware which will be published very soon.

People in the Safe distance are marked with Green boxes, the orange box shows that they are approaching the neighboring person or the alert zone and the red boxes indicate that the people are very close or not maintaining the social distancing practices.

NOTE: This prototype is licensed. Do not use it for commercialized products without prior permission.

This system is affordable and can be deployed in public places such as hospitals and markets to decrease the spreading of the virus unknowingly. This solution will be very useful and easy to integrate with a CCTV/DVR. This is a valuable approach to reduce the disease's impact on the economies of these vulnerable areas

The entire world is going through a lot of struggle and pain due to COVID-19. Let's stay strong at home and support our kind to fight against this pandemic. Thanks to Hackster.io and Adafruit, Amazon Web Services, Arduino, Arm, Avnet, balena, DFRobot, Google, Intel, Microsoft, Nordic Semiconductor, NVIDIA, NXP, Seeed, Silicon Labs, SORACOM, The Things Network, Ubidots, UNDP and UNICEF for this inspiring event. :D

If you faced any issues in building this project, feel free to ask me. Please do suggest new projects that you want me to do next.

Give a thumbs up if it really helped you and do follow my channel for interesting projects. :)

Happy to have you subscribed: https://www.youtube.com/c/rahulkhanna24june?sub_confirmation=1 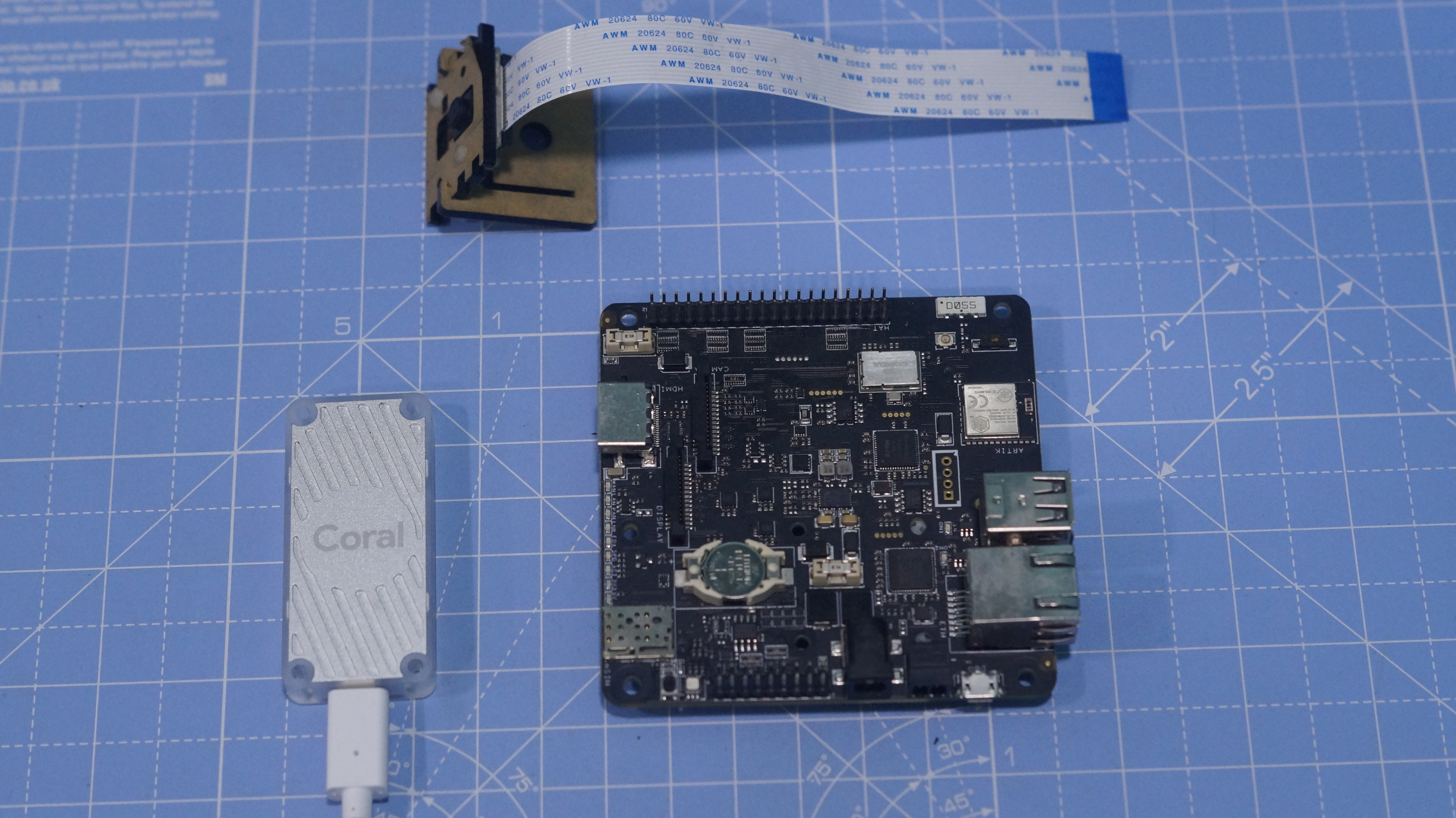 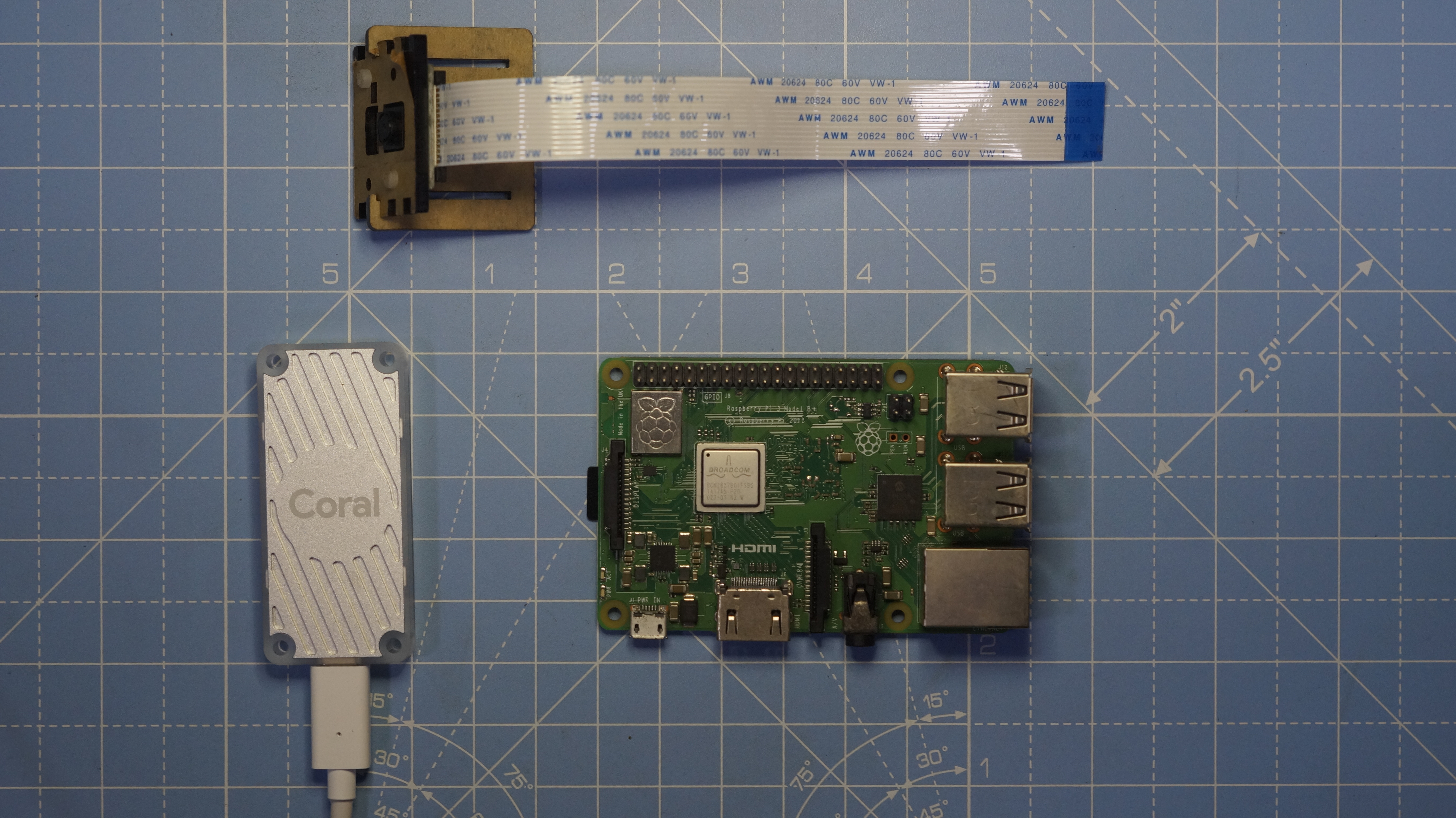