This project allows you to take out the camera module of a smartphone.

This project allows you to take out the camera module of a smartphone. 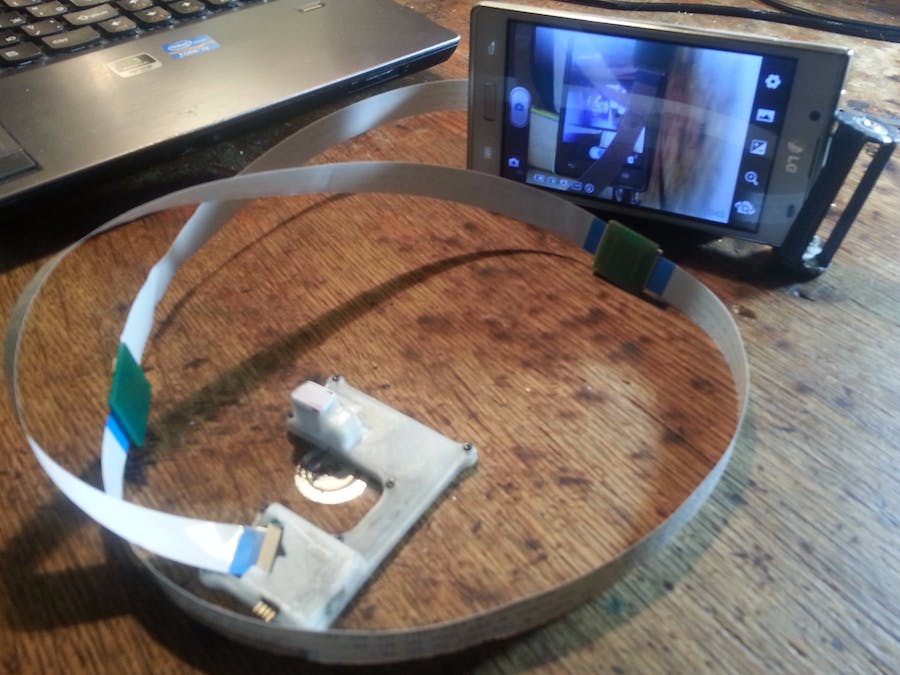 I am currently working on a big project which requires portable computer and fixing the camera on head. This project is the hardware part of my big project.

I decided to modify a smartphone because it has all what I need for my project except possibility to take the camera module outside. I took my LG P700 for experiment with the camera extending. I started from collection of information and found next scheme of the main camera connector of LG P700. I used it to create a connector for my adapter.

1 / 2 • The scheme of the camera module connector

I tried to create the adapter twice. The first try was not successful but I found out that my phone camera module connect to motherboard with a 40-pin connector, where 7 pins are used to supply electricity of 1.8 and 2.8 voltage, 10 pins are paired into 5 signal lines for transmitting of high speed digital signals, other pins are used for ground or for low speed signals.

Also, I found out that I need to put capacitors because extending of the signals line length are decreasing power of signal. (That is why I used capacitors to solve this problem, I placed the capacitors between the ground and the data line. In addition, the capacitors must be placed as close to the camera connector as possible.) The second problem that I faced was the different signal lines length which was cause of error in the camera module. I solved this by making all the lines the same length.

The adapter connector scheme
1 / 5 • Board with elements
Read more