MicroPython #1: Introduction and Gearing Up

MicroPython #1: Introduction and Gearing Up 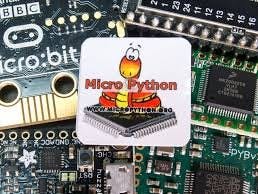 An Introduction and Firmware Flashing to the Tool

It only includes a small subset of the Python standard library. It also includes modules to access low-level hardware this means that there are libraries to easily access and interact with the General Purpose Input/Output (GPIO's) of Microcontrollers.

Usually, on Microcontrollers, we run Embedded C, C++ or other forms of this language. Herewith MicroPython, we can integrate Python environments with MC's and program them. Using Python with MC's extends the power of these small embedded chips and takes it to thenext level opening thevast powerful platform for Embedded Technology Industries, Developers, Hobbyists and also Students.

To begin with,  MicroPython is a full Python compiler and runtime that runs on the bare-metal. You get an interactive prompt (the REPL) to execute commands immediately, along with the ability to run and import scripts from the built-in filesystem. The REPL has history, tab completion, auto-indent and paste mode for a great user experience.

As we have some Integrated Development Environments(IDE's) for Python, we have it here too. Noting few,  Thonny,  uPyCraft are some of the main IDE's used for MicroPython programming. To start,

Get it from python.org

Here, let us go with Thonny IDE. Get it from thonny.org. I am using Windows system throughout. If you're on Mac or Linux, please cope up! Install the Thonny IDE and let's go on with getting firmware set up for development board. Now, being Python 3.X and MicroPython platform installed, we must set the hardware and make it compatible with theprogram. We do the same by flashing firmware to the development board which we'll see soon.

>> Flashing Firmware to the appropriate tool.

Any MicroPython compatible hardware can be used for this. Here are list of few boards supporting MicroPython.

Firmware for all the hardware can be downloaded from http://micropython.org/download

Say, for ESP 8266 Board, you must go to Downloads >> ESP 8266 >> Latest Firmware and download the same which is given as .bin file. Here on, we will catch up one particular board and go on with it.  I am choosing ESP 8266 Development board by Espressif Systems, which is most commonly used in IoT and Wi-Fi-based stuff. It is a very powerful platform for makers and developers.  Alternatively, ESP 32 can also be chosen for which all follow-up steps remains similar.

Note : Basically, MicroPython is an Interpreted programming language and it doesn't use any system compilers or any external technique to convert MicroPython programs to binary/Hex sequences in order to feed it to MC's as it is being done in C++ or Embedded C. So, we need firmware readily flashed onto MC so as to get MicroPython into. All functions are done inside a single chip.  Interesting right? Move on, let's explore !!

By default, the downloaded file will be saved in downloads folder on your C: drive Find out exactly where it is. So, with your Terminal window, you’ll need to navigate to the Downloads folder using the cd command:

Before flashing the MicroPython firmware, you'll need to erase the ESP8266 flash memory. So, with your ESP8266 connected to your computer and hold down the “BOOT/FLASH” button in your ESP8266 board.Type the below commands on your Command Prompt or Powershell window in theDownloads directory.

When the “Erasing” process begins, you can release the “BOOT/FLASH” button. After a few seconds, the ESP8266 flash memory will be erased.

With your ESP8266 flash memory erased, you can finally flash the MicroPython firmware. You need to replace with your serial port name (Ex: COM4) and the ESP8266 .bin file location (Ex : esp8266-20191220-v1.12.bin) in the below command and execute the same in your Command Prompt or Powershell Downloads directory.

Hold down the “BOOT/FLASH“, before running the flash command. After a few seconds this is what you should see :

Ended up with this? Congratulations! You're all set up to play on your ESP Tool with MicroPython fully loaded.

If not, hold on!  I am still waiting here. Just drop down your comments, troubles or any bugs you found on the way in reaching so far in the comment section below.

Note:There is also an online IDE for MicroPython provided by them. You can access it at micropython.org/unicorn/

Hope you followed up things tight.Spark something Cheers !!!