A toy top based on an STM32F0 that uses an accelerometer to display POV animations on a line of LEDs as it spins!

A toy top based on an STM32F0 that uses an accelerometer to display POV animations on a line of LEDs as it spins! 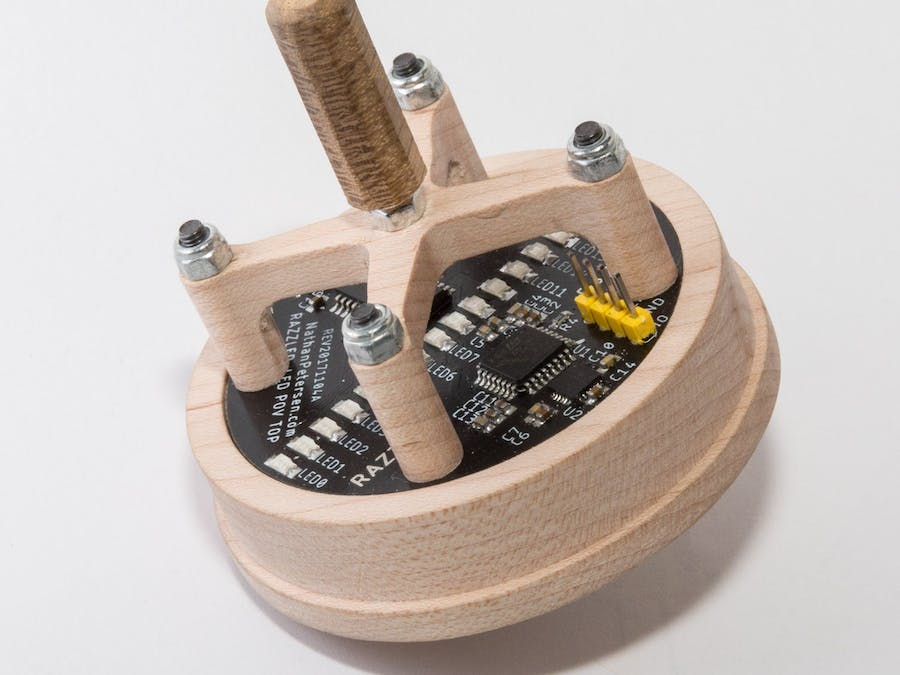 During the summer of 2017, I started working on my first real electronics project. This project marks the first time I have ever seen an electronics project all the way through, from start to finish: initial idea, schematic design, PCB layout, manufacturing, board assembly, testing, device driver development, and full firmware creation.

I love LEDs and interactive toys, so I decided that I wanted to build a top that people could spin to entertain themselves. The PCB would be circular and consist of a single row of LEDs, LED driver, accelerometer / gyroscope and microcontroller (MCU). Having these components would enable the MCU to detect angular velocity while spinning to display persistence of vision (POV) animations on the LED row. I decided to name the project Razzler because blinky LEDs always seem to razzle dazzle. ;)

Since I started this project in the summer of 2017, I figured I’d have working devices by Christmas to give to family and friends as gifts. Little did I know how tall the mountain was that I needed to climb to complete the project… Read on to learn about my journey!

For the full article about this project, read about it here: https://nathanpetersen.com/2018/05/15/razzler-pov-led-top/

3 projects • 0 followers
Current student in Computer Science with an emphasis on Embedded Systems at UW-Madison. Read about my personal projects: nathanpetersen.com
ContactContact