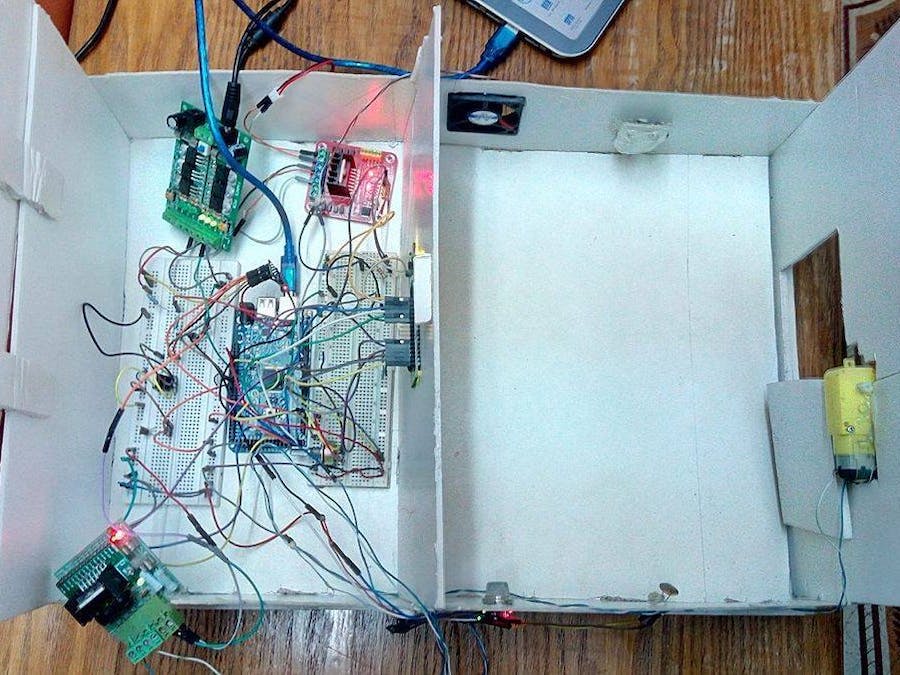 A Smart home prototype using automatic lighting and controlling the intensity of light, automatic door, temperature control, and smoke detection, and sending an alarm to the authorized person.

Arduino Mega ADK board, ESP8266-01 as a WiFi shield, photo resistor, LEDs, LCD, a potentiometer for LCD brightness setting, LM35DZ temperature sensor, MQ2-Smoke detector, H-bridge, DC Motor to control a door, fan whose speed changes proportionally to the temperature, buzzer to alarm in case there is any smoke, another buzzer to work as an alarm clock using event and scheduling feature.

When smoke level exceeds a certain level Cayenne's sends an alerting email & SMS to the user also the buzzer in the house works and the LCD displays a warning message.

In this project, is used to trigger a buzzer at a set time to work as an alarm clock.

This video shows a part of the project: