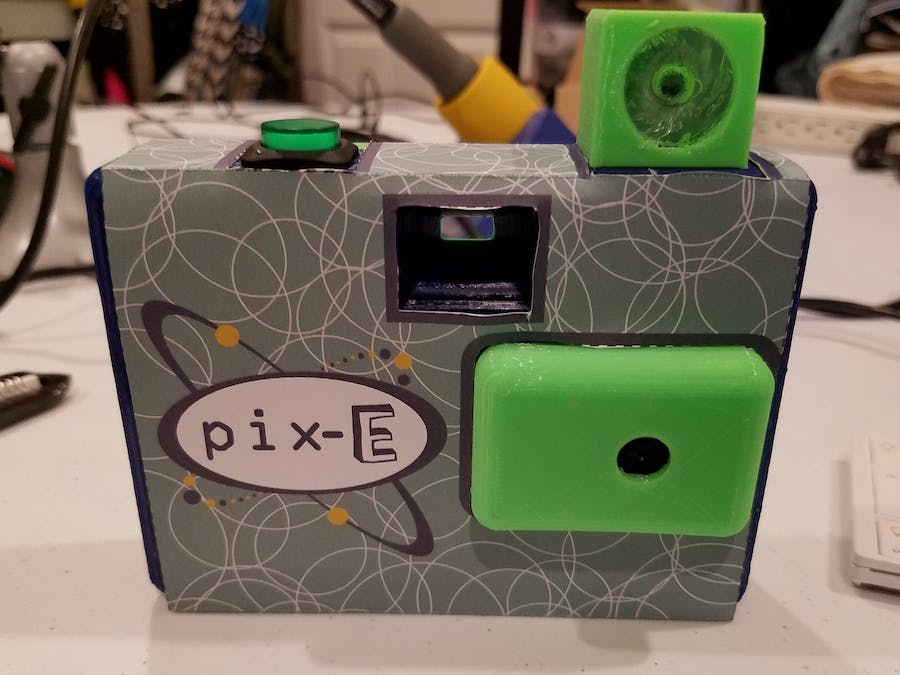 I love the Pix-E camera by Nick and Shayna Brewer, but I thought it would be neat if it also had a flash attachment, so that it could take better pics in low light situations.

I modified the camera by altering the body to accept a "flash" housing. I modeled the housing in 123D Design to accept a 20mm Transparent LED Lens Reflector Collimator (8 Degree). I glued an 940nm super bright 5mm IR LED into the back of the reflector using E6000, and used a PI NoIR camera module instead of the regular PI Camera module.

There wasn't a lot of space in the flash corner for screws, so the flash housing snaps into holes I made in my remixed body, and the LED goes through a central hole between the clip holes. I also modified the back to more tightly fit a Breadboard-friendly SPDT Slide Switch (I bought mine on Adafruit).

I'm infatuated with all things spooky, so I made this with an IR camera, but you could easily use the regular PI Camera and a bright (or colored!) LED and use it as an actual light for regular photos. Just make sure that for whatever LED you use, you also put the proper resistor inline!

I also had to use an N-Channel Power MOSFET to power the LED while controlling the gate with a pin on the RPi. (Unfortunately, I found that the software PWM wasn't stable enough to use as control for variable brightness on the LED, so I just used more resistors!) 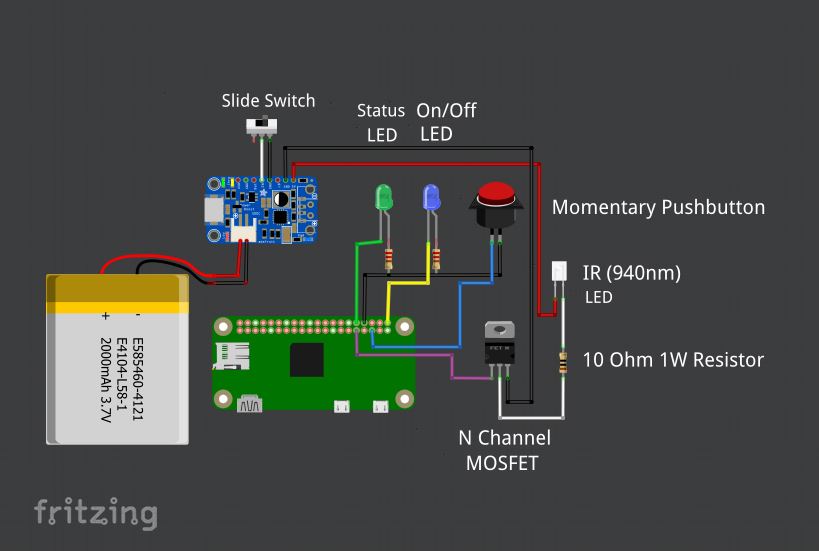 1 project • 2 followers
I like to make things.
ContactContact
Thanks to Nick Brewer, Rob Mosher, and Shayna Brewer.