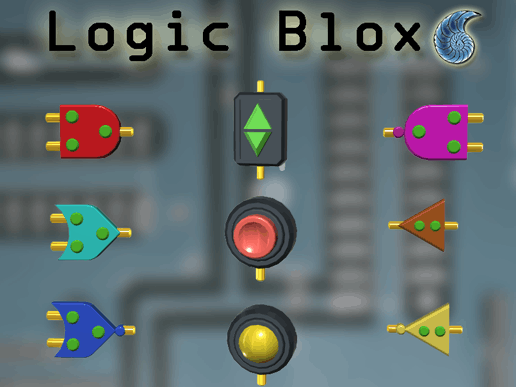 Virtual logic is computational logic that runs inside virtual environments. The physical host's (computer) role is primarily used to support graphics and user input. While logical operations are performed by separate entities (game objects) within the host.

Conventional Logic: For example: When running contemporary programs, code is used to perform logical decisions which is translated and run from hardware registers. The type of logic running at the hardware uses pins and transistors in arranged logic primitives including: (and gates, nand gates, or gates, nor gates, not, buffer).

Virtual Logic: Virtual logic programming on the other hand sets up virtual logic primitives (Logic Blox props) in the virtual domain in where all decisions and computation logic is performed at a virtual logic object pin or gate level and can be sent to other virtual object pins and or gates. Virtual logic prop gates behave in a similar manner to physical gates (transistors and switches).

Virtual Logic Blox have many purposes. One of which is to allow circuit designers to build and design electronic circuits and test them within virtual design environments prior to making physical prototypes.

Design environments can be setup with conditions that suit a particular logic challenge being addressed. For example: Environment can be a virtual greenhouse that simulates thermodynamic properties of a real greenhouse.

In this case, virtual logic and Logic Blox can be used to design/test control circuitry and electro-mechanical operations. The resulting model(s) can then be used to build real circuits.

Virtual Logic Blox can be used to learn how computer chips work. Simply look up a schematic of a particular circuit and replicate it within the virtual environment. Being that virtual primitives are used, the virtual circuit will function as the real device.

Example: Schematic of a D-Flip Flip.

Create circuit connections (example). Note:All settings and connections for Logic Blox are made via the Unity Inspector. No coding is required.

Virtual test board used with Unity editor to simulate circuit designs. Shown here is a ring counter that counts pulses and advances activation of game objects.

Logic props can be used in place of program code for controlling game flow, effects activation, score keeping etc. Simply drop prefabs into Unity scene and connect to each other and or other game objects.

Logic Blox components are easily integrated to standard 3D models to enable operational movements, feed back and interaction with the world.

Hook it all up to robotic 3D-print technologies for making parts, circuit boards and assembly. 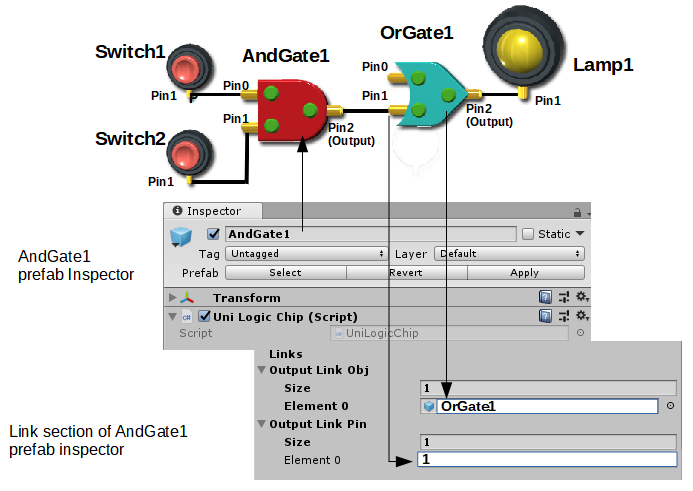 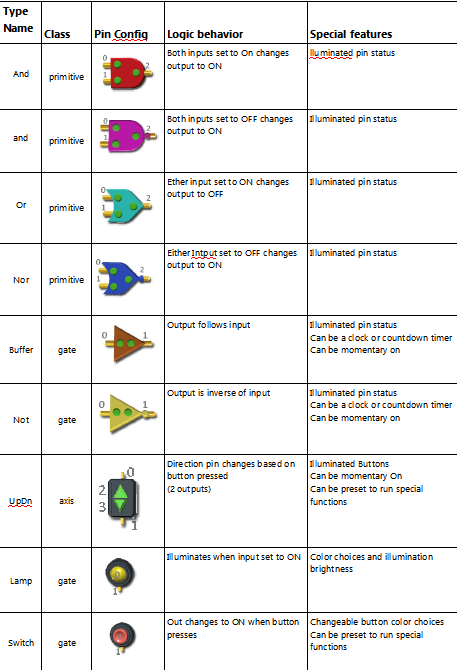