Buttons and LEDs to connect to a microcontroller, helping eliminate breadboard roadblocks for beginners.

Buttons and LEDs to connect to a microcontroller, helping eliminate breadboard roadblocks for beginners. 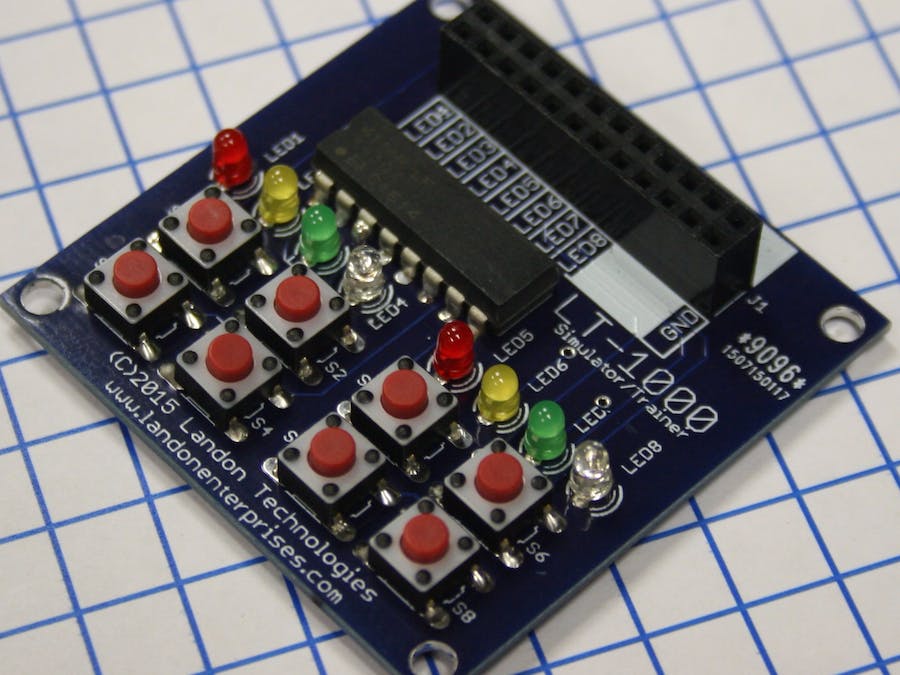 A few years ago I was teaching my daughter Arduino programming. She understood the programming part but really struggled with the breadboard circuits. I didn't want her to lose interest, so I put together a little circuit board with 8 LEDs and 8 pushbutton switches.

It really helped her. She was able to focus on the programming and worry considerably less on the hardware.

But I also discovered how this was useful as a programmer, because even though I could breadboard something fairly quick, just using my little circuit board was actually faster.

So I made some small changes and ordered some prototype circuit boards. I used 4 different colored LEDs instead of all red. I took the lessons I had created for my daughter and put them together for a book on Arduino programming using the board as a trainer.

WIth the book burned to CDs and about thirty boards, I got a booth at a nearby Maker Faire and test marketed it. They sold out.

Since then, I've done some revisions to the book, also written one for the Raspberry Pi, and moved my books from CD-R to flash drives. I also created some starter kits that include my board, book (Arduino or R-Pi, depending on the kit), appropriate jumper wires, and a 3D printed tray to keep the controller board and the LT-1000 neatly together. I even have a deluxe version for the Arduino that includes an Uno clone and USB cable.

This year, I was at several Maker Faires: Bay Area, Minneapolis/St.Paul, Kansas City, Detroit, Milwaukee, and Denver. All of them were successful enough to pay for the trip, and to put a little extra money in the pocket.

So, always looking to improve, I am here to see what others think about it. Maybe get some insight for future projects!