How cool would it be to control a Robotic Arm just by talking to it...! Based on uArm design.

How cool would it be to control a Robotic Arm just by talking to it...! Based on uArm design. 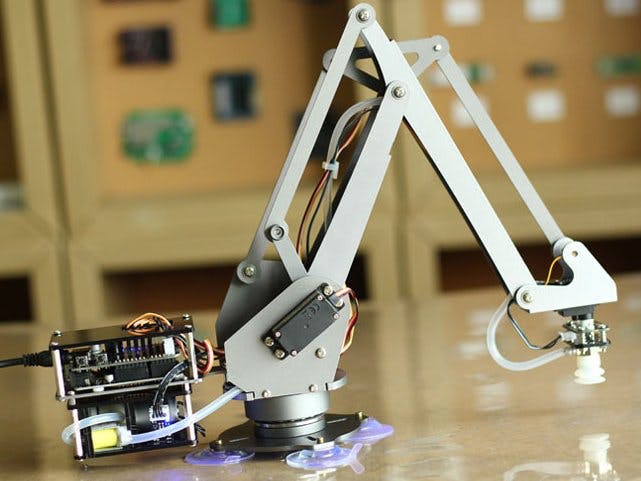 There are many projects about making a robotic arm on the internet, but all of them have a similar way of controlling it. And where is the fun in that! So we decided to make a robotic arm that could be controlled using a chatbot. How cool would it be, if you just had to say "Move left 45 degrees" and the arm would understand it..!

The hardware design is roughly based on the uArm schematics. It has 5 degrees of movement. The servo motors used are 3- Mg995 (metal gear) along with 2- Sg90 (silicon gear). Each servo motors takes upto 1.5A of current so provide the power supply should be adequate.

Arduino Uno is used as the controller along with Raspberry Pi. The function of Arduino is to continuously listen for a Serial command from the raspberry pi.

The software section consists of an Arduino code and a Python script for Raspberry PI. The connection between Arduino and Raspberry Pi is through a serial cable. 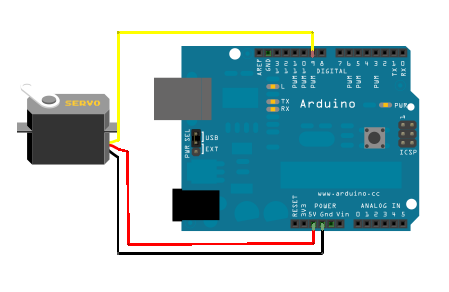