The most useful cup ever! Once you print it, you will never leave home without it.

The most useful cup ever! Once you print it, you will never leave home without it. 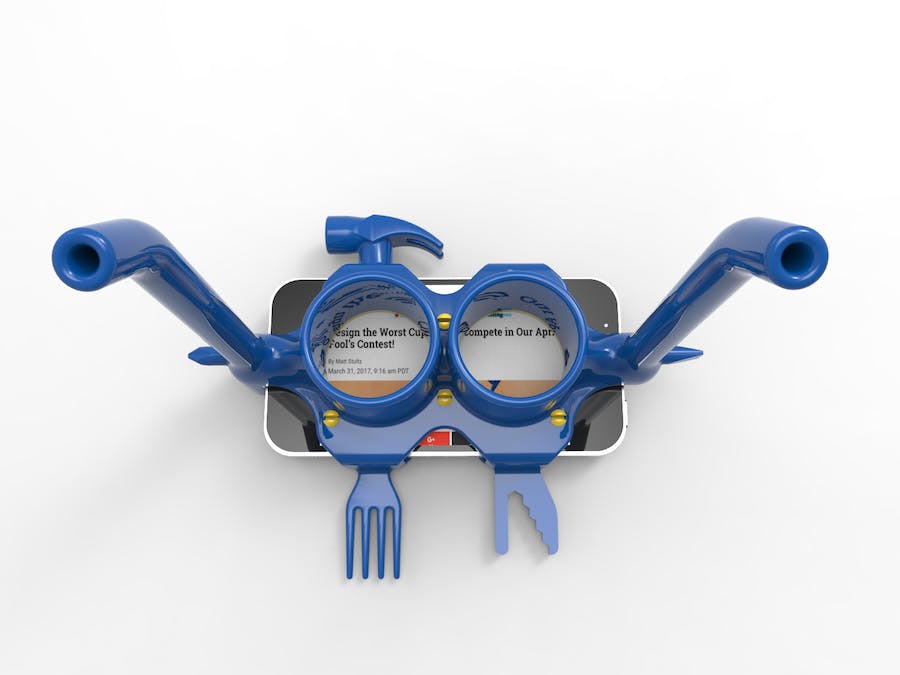 Like any good project, this one started at dinner with the family. The kids were super excited to learn that we had an opportunity to win a SeeMeCNC printer. All we had to do was come up with the "best" cup ever. What ensued was one of the greatest brainstorm sessions ever!

After days of discussion and drawing, the Danish Army Cup was born.

Let's review the features of our cup.

The Danish Army Cup includes not one but two independent reservoirs. Each one is equipped with its own drinking straw. You may choose to use each reservoir for differing liquids or one to share with a friend.

The foundation of the cup is the iPhone 4 introduced in June 2010. We couldn't imagine a better base for this drinking device. The smooth glass screen and back panel are essential for the cup to hold water.

You may have noticed the gasket shown in yellow. While we don't have a 3D printer at home, we have sampled a number of FDM parts. We expect this part to be necessary, keeping the water from leaking out at the surface of the screen. The gasket should be printed in NinjaFlex or a similar flexible material.

It may not be obvious at first, but one of the main advantages to building a cup around a phone is the option to use the assembly as a set of VR glasses. The straws are dual purpose, acting as the temples of the glasses. (VR app not included)

Another advantage is that you will always have your phone and your cup with you. Who doesn't keep their phone with them all the time, and who can imagine wanting to separate your phone from the Danish Arm Cup?

I think you will agree, this is one useful cup.

Watch for updates as we hope to attempt a build on a borrowed printer.

This has been a fun exercise with the kids. I hope to give them more hands on time with 3D printing. The 12 year old wants to be a pilot or an engineer. The 10 year old want to study automotive aerodynamics.

1 project • 0 followers
ContactContact
Thanks to Viktor B aka ClimbingStuff.