Tiny replica of the WWII disposable demolition tank, minus the cord that was originally used to control it. Bluetooth controlled instead!

Tiny replica of the WWII disposable demolition tank, minus the cord that was originally used to control it. Bluetooth controlled instead! 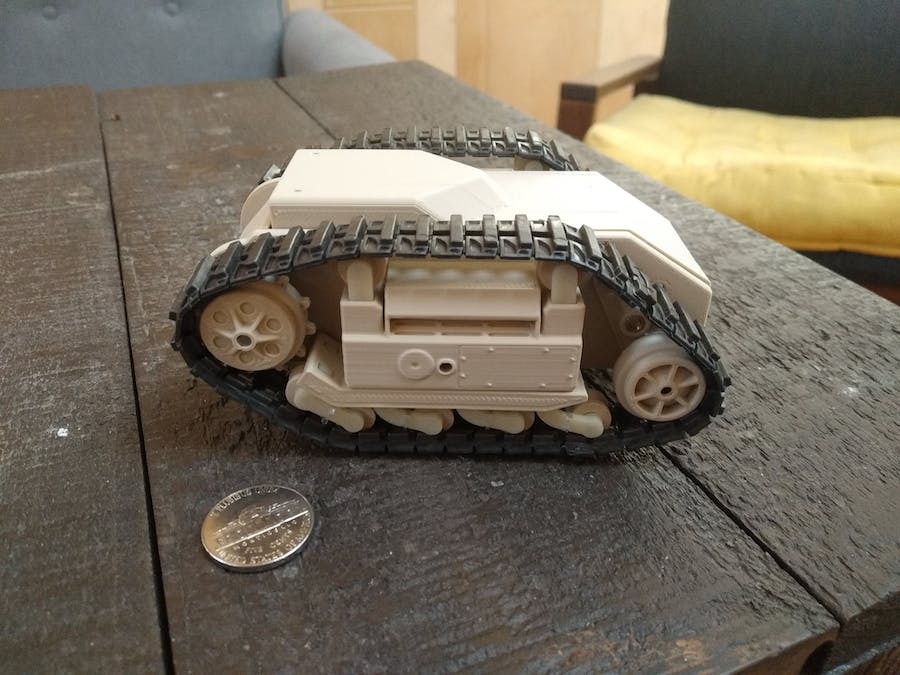 Update: Hey All! We have spent some time developing this robot, and it's coming to Kickstarter soon! https://www.kickstarter.com/projects/jaap/goliath-high-tech-wwii-model-kit

If you have ever enjoyed putting together a model airplane/truck/boat kit, then I highly recommend giving the kickstarter link a click. We are only making exactly 100 of these, as a trial, so check it out quickly!

Remember, the campaign only goes live on Friday, so you won't see the video and full page with details until then, but you can click to be button to be notified when it goes live.

The Goliath tracked mine - complete German name: Leichter Ladungsträger Goliath (Goliath Light Charge Carrier) was a name given to two German Unmanned ground vehicles, disposable demolition vehicles, used during World War II. These were the electrically powered Sd.Kfz. 302 and the petrol-engine powered Sd.Kfz. 303a and 303b. They were known as beetle tanks by the Allies.

In a nutshell, these little tanks would be remote controller via a long cable, and driven across no-mans-land to enemy tanks or other targets and detonated.

The tank was not very successful in the war as the cord could be cut, it was slow and too expensive. Nonetheless, a ton of different versions were produced that we could use for inspiration.

I will add an image with all the 3D-printed parts layed out later, but Jeff Gomes did an incredible job designing all the components for this tank. Here is the result!

Petrol Goliath. Not sure if this is an original or a replica.
Tensioner system detail
Tensioner detail 2
3Dot slides into side rails easy
The top is attached by neodynium magnets and pops off easily

Getting it to drive was as simple as inserting some micro metal gear motors (Pololu type), fitting the drive wheels onto the motor shafts and plugging the motors into a 3DoT Board.

Drive wheel fixes to shaft by a small grub screw

This version drives around just fine controlled through the app, although occasionally the tracks become misaligned since the tolerances on some of the parts need to be adjusted for everything to fit and align better. We will be printing a fine-tuned version this week and I'll add a video of it here :) 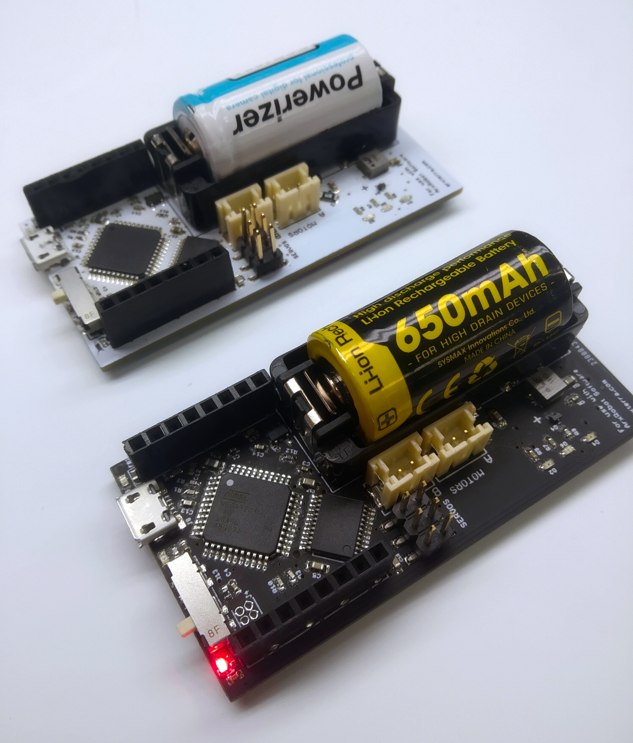