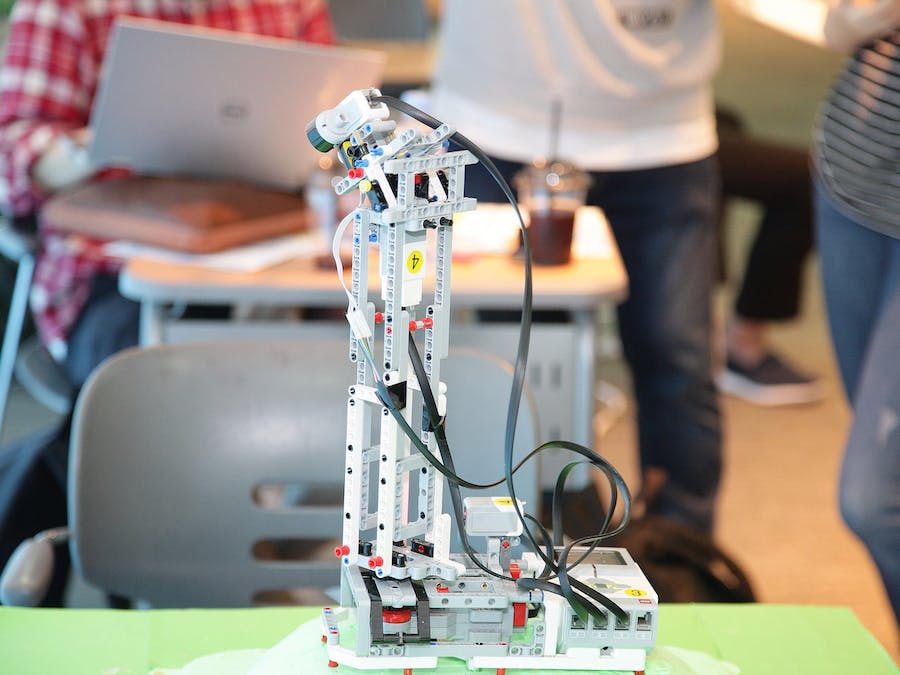 This is my first project after finishing my military duty.

It is a system for extinguishing forest fires in the early stages mainly by detecting fire from watchtowers in the area and firing extinguisher projectiles (i.e., shells filled with fire extinguishing medium).

Almost all major forest fires are caused by failure to detect the fire early and put it out early. Timing is the key: radar detection (ex: long-range thermosensor/real-time video analysis) and firing extinguishing material directly to the target can significantly reduce the time needed, thus saving time/money that operations spanning several days typically involve with mass units and resources.

The system also includes safety measures that sound alarms and report to the central tower before firing shells, though they stay in conceptual stage.

The final prototype detects fire in range using remote thermosensors and sends a Bluetooth signal to the firing unit, which fires a metal ball as an extinguishing shell. I participated in the Creative Convergence Project Contest held by C-School, Sungkyunkwan Univ. just to have the opportunity and experience of creating something on my own.

I gathered up some friends who had the similar interest and registered for the C-School program. There I was taught the design thinking process and some communication skills for cooperation with my team.

The whole motivation for the idea was purely a coincidence, as we had a completely different intention at the beginning. I just came up with the idea from a childhood fantasy of a cool machine gun that can heal/repair a building as it shoots on it.

My teammates helped in developing the idea to the feasible level where we could make an actual prototype and research enough data to support its feasibility.

The prototype was awarded the 1st prize in the Creative Convergence Project Contest and was successfully applied for a patent.