A working prototype for a bracelet that senses temperature and computes it into a mood, and then tweets a Parks and Recreation quote.

A working prototype for a bracelet that senses temperature and computes it into a mood, and then tweets a Parks and Recreation quote. 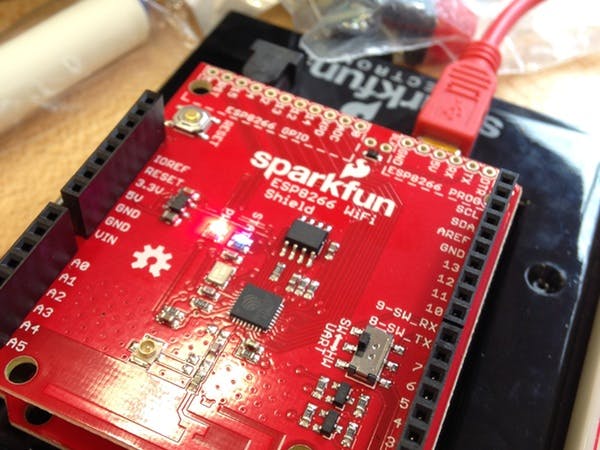 Finding a routine schedule where we both could meet in the MakerSpace has proved to be beneficial for our project. After a couple of weeks of regularly meeting Tuesday nights, which not-so-coincidentally was when Aaron was available, we were able to knock out the hardware of our project. Once Rachel had figured out how to run Processing and the Arduino coding at the same time to tweet a sample tweet, we had to learn about conditional statements in code (if ______ happens then ______ will happen). First, we setup the temperature sensor, which read out room temperature in Fahrenheit . We converted temperatures back to voltage using the formula embedded in the code in order to create three beginning intervals: calm, anxious, and happy. Using the same sample tweet code only replaced in separate statements with the temperature intervals, we were able to set it up so that based on what the temperature read, a specific tweet would happen. We realized quickly that we needed to set it up on a delay so that it would not repeatedly spam Twitter with an identical tweet (which is not allowed more than once in a fifteen minute spam). Once it was up and live tweeting based on emotions, we decided to stick with a theme for what it tweets out (Parks and Recreation quotes) and to add more emotion ranges to increase the variance between them so that the likelihood of getting the same mood over and over again in that fifteen minute span would be slimmer.

From here, we need to start working on the device itself. Jackie ordered a black, stretchy sweatband that could easily fit anyone’s wrist and male and female cords to attach to the temperature sensor to make it longer. We plan on attaching the temperature sensor to the inside of the wristband and measuring the temperature on the wrist to adjust our scale as needed. We could potentially hit a road block if the wrist is a bad spot to measure temperature; hopefully, this will not be the case since there are veins running close to the surface on the wrist which affects body temperature. The hardest part is behind us, and now we are moving on to focusing on design, such as making the wristband look cool or editing the Twitter page. We also need to address the presentation style, and if we need to make something to explain it in relation to course material. 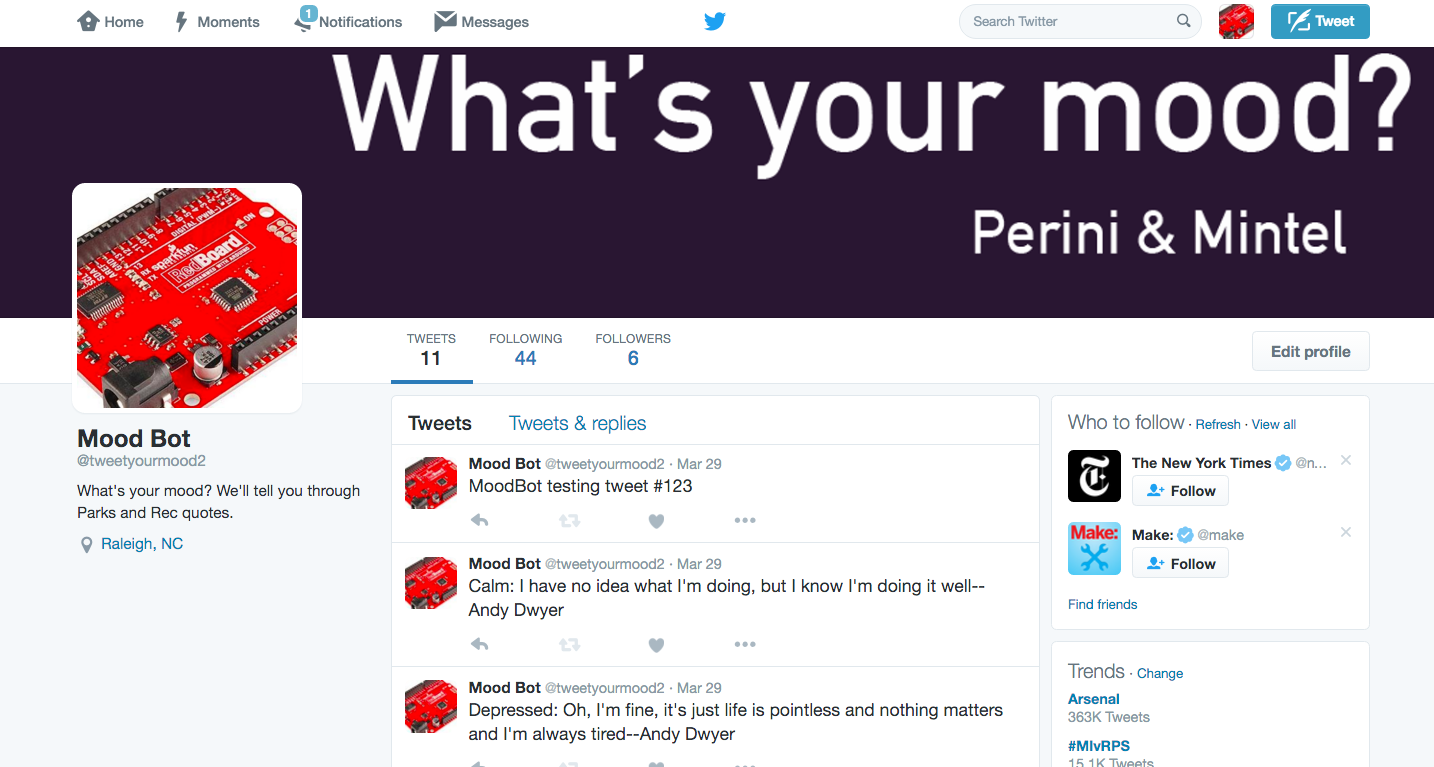 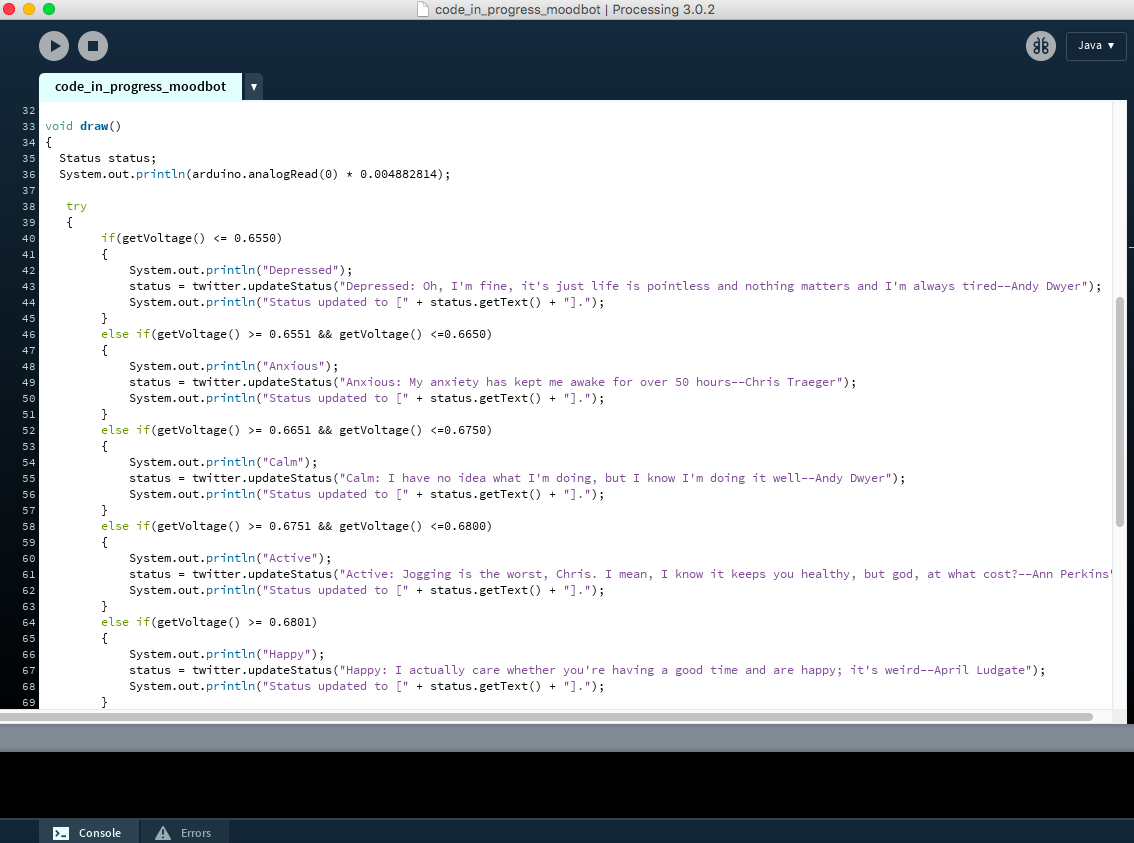 4 projects • 4 followers
This is my Hackster site for my Communication and Technology class, where I will be posting regularly regarding my final project.
ContactContact
Thanks to Rachel Mintel.