Equipping the old-made (but not used) plotter with Bluetooth COM port. Then making the first PCB and case's backplate with it.

Equipping the old-made (but not used) plotter with Bluetooth COM port. Then making the first PCB and case's backplate with it. 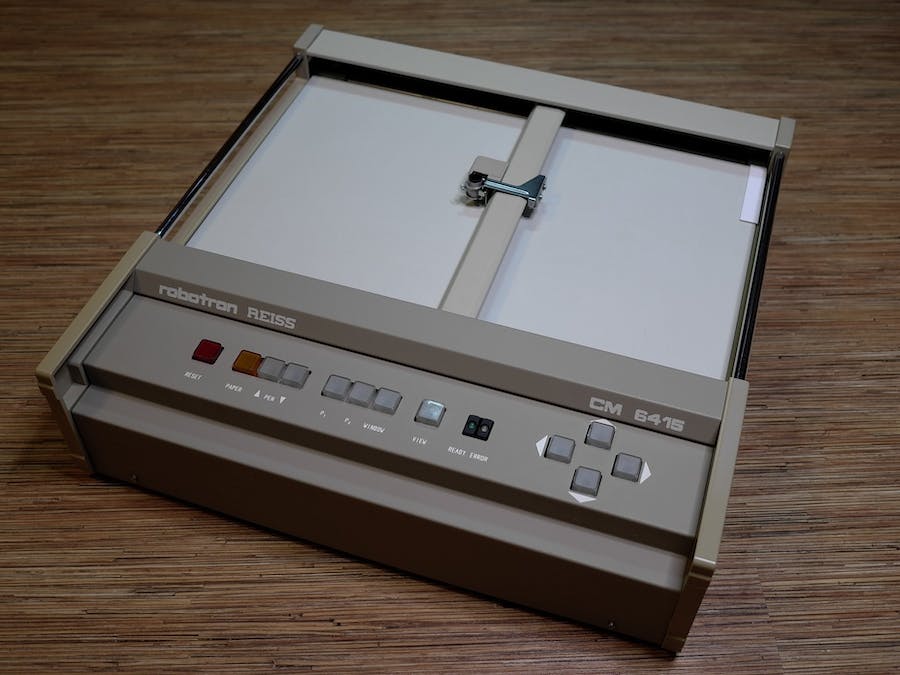 Equipping the old-made (but not used) plotter with Bluetooth COM port. Then making the first PCB and case's backplate with it. What for? Why not ordinary printer? It is possible to draw PCB on this plotter, face panel of a case, to mount a laser/mechanical cutter and a mechanical engraver. Drawing area of this plotter is 370х270 mm (3700x2700 steps with 0.1 mm resolution).

This plotter had produced in DDR and was not working since 1989. In 2019 he was powered on first time and works without any problems.

Were found some bulged capacitors on PCBs. All electrolytic capacitors were replaced new one.

This plotter is very heavy (16 kg), requires a lot of space, smells like warm oil, especially while working. No haves a chance to place it on a table near regular home computer, the best idea is place it in "far corner". But in this case, some wireless interface need.

Here for this plotter was added Bluetooth interface.

The subset of HP-GL this plotter can execute. The bad side is very small buffer of the plotter - 512 bytes. Was written this very simpe Node.js script, it only send bytes one by one to the COM port once per 0.1 second, and wait for the "free buffer" flag from the plotter, if the "full buffer" flag has received from it.

The HP-GL file can be produced with dozen programs, such as CAD/CAM, vectorizers, vector graphics editors, etc. First of all - within Inkscape.

The first things made with this renovated plotter were PCB for audio amplifier's AC/DC adapter and and the backplate for case of this amplifier.