This robot utilizes a sonar sensor in order to gather data on its surroundings and uses that received data to navigate the area around it!

This robot utilizes a sonar sensor in order to gather data on its surroundings and uses that received data to navigate the area around it! 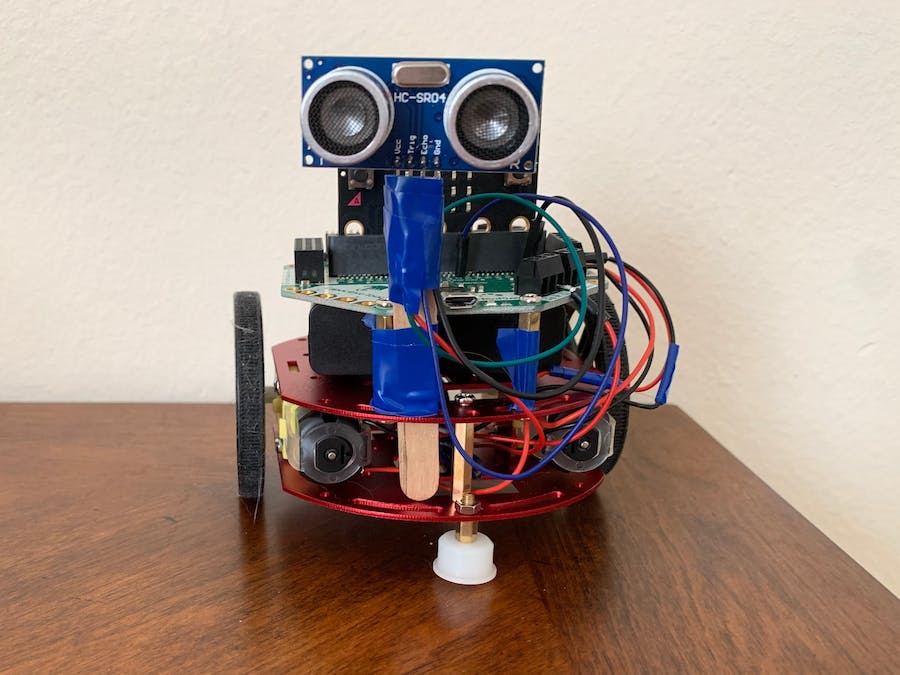 **Note: Originally for this project, I was just to figure out how to make the robot follow whatever object was in front of it, A.K.A. a person walking. However, the issue I was running into was that the robot was not stopping and continuing to run into objects.

Utilizing the information found on Adafruit, I was able to create an obstacle avoidance robot. You can use your hand to interact with the sonar sensor on top of the robot. The robot was made utilizing a Micro:Bit and Crickit board. The robot sits on top of a chassis with two wheels which are operated by two servo-motors.

Chassis for the Micro:Bit and Crickit to sit on
Soldering the pins in to place on the board
Soldering the wires to the sonar sensor

The robot utilizes a sonar sensor on top of its' head to receive information about its' surroundings and the area around it, If you place your hand in front of the sonar sensor, the robot will back up and try to move in another direction. You can play and interact with the sensor to see if you can get the robot to go in a desired direction.

Side view of robot

The robot works off of two main things, the Micro:Bit and the Crickit board. Both of these boards utilize code which communicate with the Micro:Bit, Crickit, and Sonar Sensor in order to get the robot to move about. The robot does not make any other sounds or other outputs because unfortunately, the Crickit is very picky about the amount of voltage it receives, so I had to use a step-down buck converter in order to let the right amount of energy in for the Crickit.

Connecting the buck convertor to the battery pack

This is a video of the robot moving around and interacting with its' surroundings.