It is the amazing RGB LED desk light. It will be reacting on the surrounding sound and music and will be playing like a visualizer.

It is the amazing RGB LED desk light. It will be reacting on the surrounding sound and music and will be playing like a visualizer. 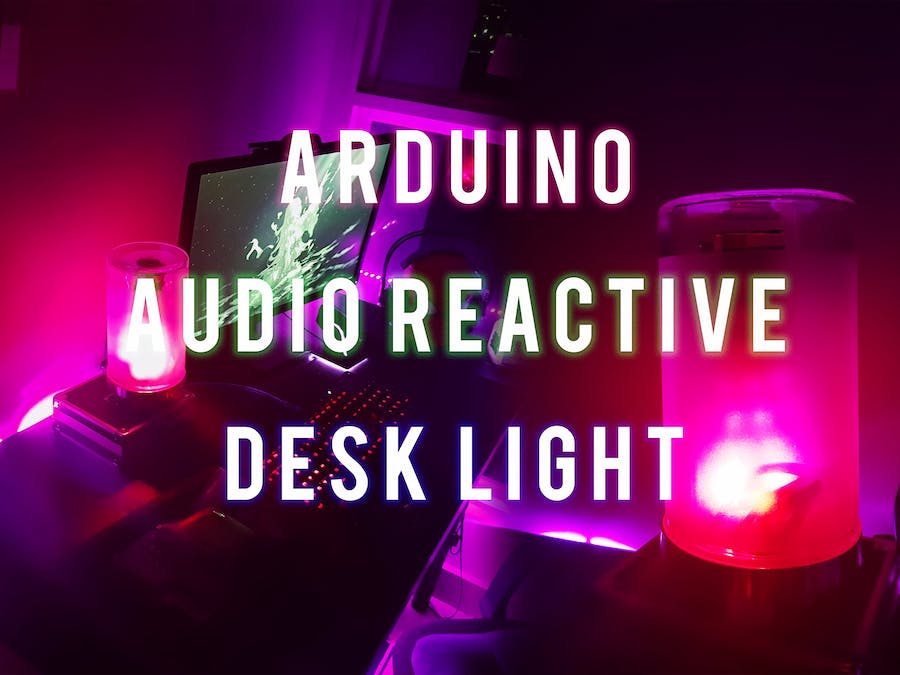 Hi! In this build we’ll make a good looking light that dances to all sounds and music, using simple components and some basic Arduino programming. It makes an awesome effect while standing on the desk when gaming, playing music, and anything else that makes sound really. Let’s get going!

This is a project that i follow based on the youtuber's "Natural Nerd" that they done. This is my version of the project. All credit goes to them and a big shout out to them for provide me the detail on how to do the project.

First things first: what kind of supplies do we need and what do they cost? Well, they are largely optional, and can be made with much improvisation. Even so, some key items are needed if you want to follow this guide:

Depending on the look you want, you might want to arrange the strips differently or diffuse the light in another way. This is where you can be creative. If you like my approach, I used the following items:

All things considered I spent around RM 83.30 depending on the store that you go and buy the items, where the LED strips were by far the most expensive part that cost me RM 40 for only 1 Meter.

The powering the component will be a straight forward method. I just using the Arduino Nano's USB cable and directly plug in to the pc. If you using the external power supply such as AC to DC power source, you will be needed a step down module to help you reduce the amount of the current flow to your circuit. Otherwise, if you not using it and you might have a very high chance to burn the Arduino including the components that connected.

Wiring , Soldering and Stepdown Module setup from 12v to 5v

The star of the show is the sound detector module. This will provide an analog signal to the Arduino, which we can use to (hopefully) cleverly light the RGB lights. To be able to do this, we need to power both devices. Luckily they both require a 5 volt input. I am using a step down module to step down from 12 volts to 5 volts, but it would be easier to use a 5 volt power source directly. Wire the VIN on the Arduino and on the sound detector board to the positive input. Then wire the GND on the Arduino and the detector to the negative. Look at the black and the red wires on the attached schematic. We also need to hook the positive and negative input on the LED-strip to the power source.

After having connected all three parts to the power, we need to connect them to each other.

The sound detector module will communicate with the Arduino over the analog input pins. I will be using pin number 0 in this case.

The LED strips need a digital pulse to be able to understand which LED we want to address. Hence we need to connect a digital output pin to the Arduino nano. I will using pin number 6.

Use the shrinking tube on to the choose area so that the cable won't collided with each other in a tight space later.

Just follow the schematic diagram that i provided in here and you will be fine!

Awesome, now we are mostly done with the electronics!

The most important part of this build will arguably be the code. It can change this build from pretty cool to insanely awesome. You can use the code that i provided together with this project. The main principle is to map the analog value we get from the sensor, to an amount of LEDs to show.

First I thought the lid was made out of acrylic, after i bought the jar and realize it was not a acrylic but a glass. So i need to re-adjust my plan by making a cover that easy to poke and mount the Arduino and the led. So i choose the foam board.

First step, i need to cut the foam board having it exactly circular and have the same diameter as the jar's glass cover. I does not have the proper measuring diameter tools , so i improvise the method by using wet marker and mark the diameter of the glass and stamp it on a pieces of paper. After that, i paste the paper on to the foam board and but the board by following the edge of the circle on the paper. It's not perfect but it should be good enough to hold all the Arduino and led component.

Second step, i need to break the glass on the jar lid. CAUTION! please cover the jar with a thick plastic bag to prevent the glass scatter around the room and do it at the open space. Aware with your surrounding. After breaking the glass, please make sure all the glass that stuck at the side crack of the jar lid to be remove. This is to prevent you or other from getting an injury from cutting them self to the stuck glass.

Third step, place the circle shaped foam board at the center of the jar lid. Make sure the foam are tight and not too loose that they just fit nicely with the jar.

Forth step, i just realize that i need to change the layout of this project. i would like to make that the user will be easy to access the Arduino component's in case of faulty. So, i decided to use the mini breadboard and placed it at the center of the lid. Not only that, i cut two holes for the cable from the Sound Module that i will be placing at bottom of the jar lid to go inside the jar and onto the breadboard and one more hole for the Arduino to connect with the USB cable to act as the power supply for the circuit.

Fifth step, I mark the pvc pipe with masking tape and draw the line at the center of the tape. Then, i tape it at the pvc pipe. The marking are the indicator of me to cut the pvc pipe evenly and trying to having a clean cut.

After measuring the amount of length of pvc i need to use, i cut it carefully by following the mark that i provided. The length of the pvc pipe are depend on your jar height. You may use any length that you desire.

Sixth step, i warp the PVC pipe that i cut with the LED strip around it and make it slightly slanted and going spiral to the top of the PVC. I make sure that i create a small hole for the excess cable length to be hide inside the PVC jar for cable management. I then need to find a way to stand the PVC onto the breadboard. Using hot glue gun or the double-sided tape, i able to tape the PVC pipe on to the extra foam board then paste it on the unused area at the breadboard. During this step, i able to connect some of the component to the breadboard.

Use the schematic diagram provided to connect all the component.

Seventh step, i placed the sound module at the outside of the jar lid. This is purposely done for the module ease of picking the sound outside the jar later. After placing the module, connect it with cable and match it as stated in the schematic diagram given. Then, connect all the cable with the sensor and Arduino to breadboard. The Arduino being setup vertically so that the cable for powering up the curcuit will able to connect with Arduino board easily through the foam board.

And thus, I complete the project. I takes a while plus with the try and error but I managed to complete it. 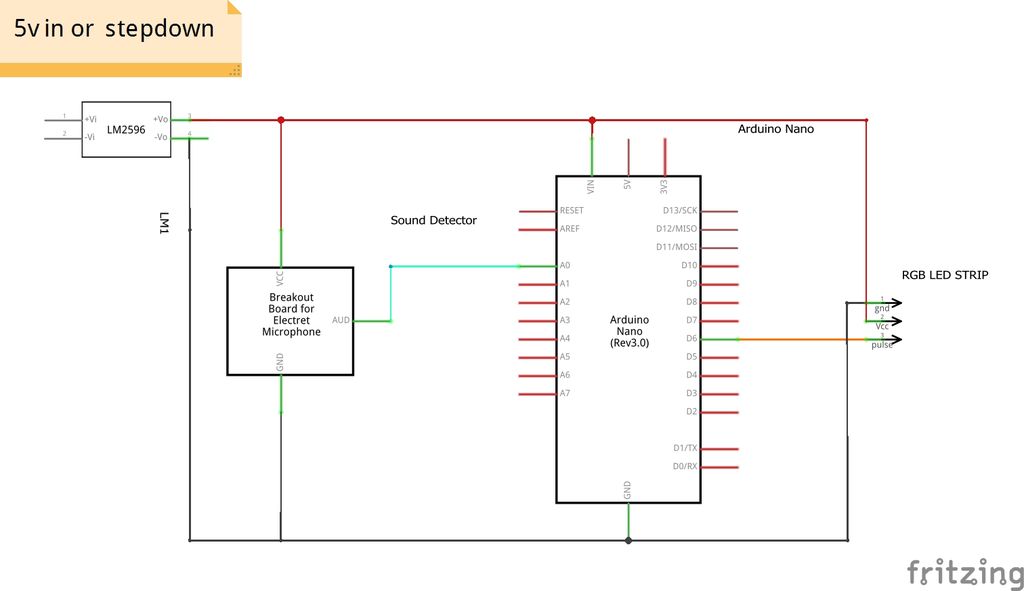