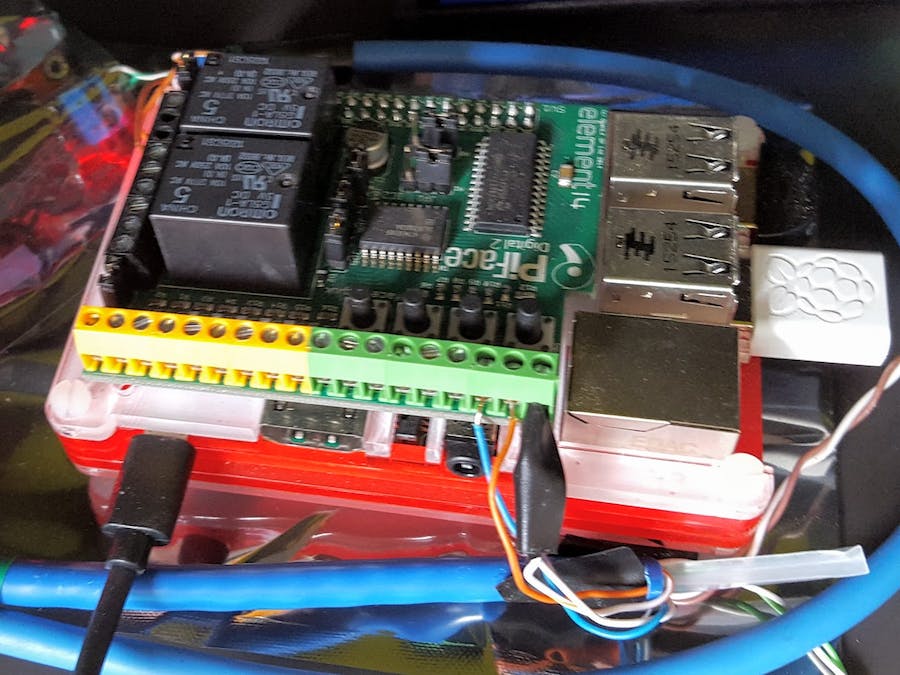 I've seen the Raspberry Pi used by friends as a media player, but with the release of Windows 10 IoT I decided it was time I started hacking with it.

For my first project I chose to see if I could control my garage door.

My goals were as follows:

Thanks to the Hackster.io community I had some great projects to get me started.  I won't duplicate those write-ups here.  You can see them linked in the Additional Contributors section on the top right of the page.   Instead I'll briefly describe the milestones along the way to achieving the above goals and some of the hurdles I had to overcome in the process.

To contribute back to the community I took the work by Peter Oakes and created a NuGet package for interaction with the PiFace Digital 2:

After wiring everything up I had basic manual control of the door through a few checkboxes but that required a screen and a mouse to use.

By looking at the work of Mike Linnen and after overcoming an issue with providing arguments to a method via AllJoyn I was then able to meet all of the above goals using AllJoyn Explorer.

The next problem was I wanted to control things from my phone but no apps existed for Android to perform the equivalent functionality of AllJoyn Explorer.

I've been using Tasker for years now to automate my life.  AutoRemote works with Tasker to help devices communicate.   I was already using it to do things like mute all my devices when I go to sleep, or control my lights remotely by triggering tasks on an old phone that sits on my home office desk.

Given the current lack of any standard IoT protocols that are actually easy to use using AutoRemote seemed like the next logical choice.

The AutoRemote protocol is not well documented but fortunately the author released an example plugin to work with:

With a bit of work I was able to convert that into something useable on UWP.

I've recently updated the project to provide basic Adafruit IO support to see the status of the door. I might revisit it later to add actual control via a dashboard and some sort of polling.

I've also added notification of changes to the door state to IFTTT via the Maker channel. This opens up a world of possibilities beyond AutoRemote/Tasker support.

I've met all my goals and with a bit more work I'll be able to check the state of the door and control it via my Android Wear watch by using AutoWear.

Some of the things I've already done:

Future enhancements could include:

I recently had cause to revisit this project. A Windows IoT update failed after a day of debugging I managed to determine my micro SD card was corrupting. In the process I decided to extend things some more so have now added support for IFTTT via the Maker channel and Adafruit IO via the REST API.

I've updated the code in Github and anyone wanting to update can pull a new version and update their Resources.resw file with appropriate keys/settings.

I just published another change to GitHub. This time I haven't updated the Resources.resw file. This change adds MQTT support via TLS. I've done this so I can integrate things with my Home Assistant configuration. 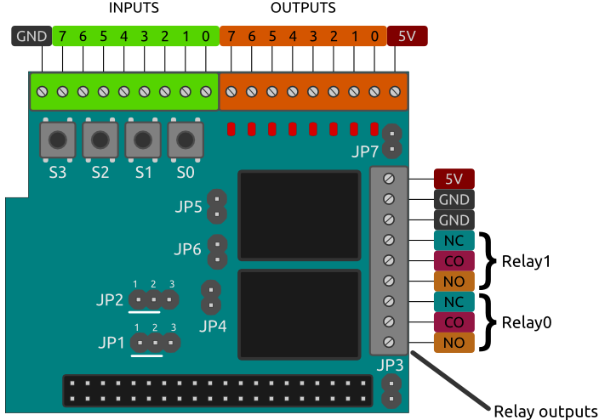