Creating a photon that will check for temperature, humidity, UV intensity, and a lux reading in Lane Tech's aquaponics lab.

Creating a photon that will check for temperature, humidity, UV intensity, and a lux reading in Lane Tech's aquaponics lab. 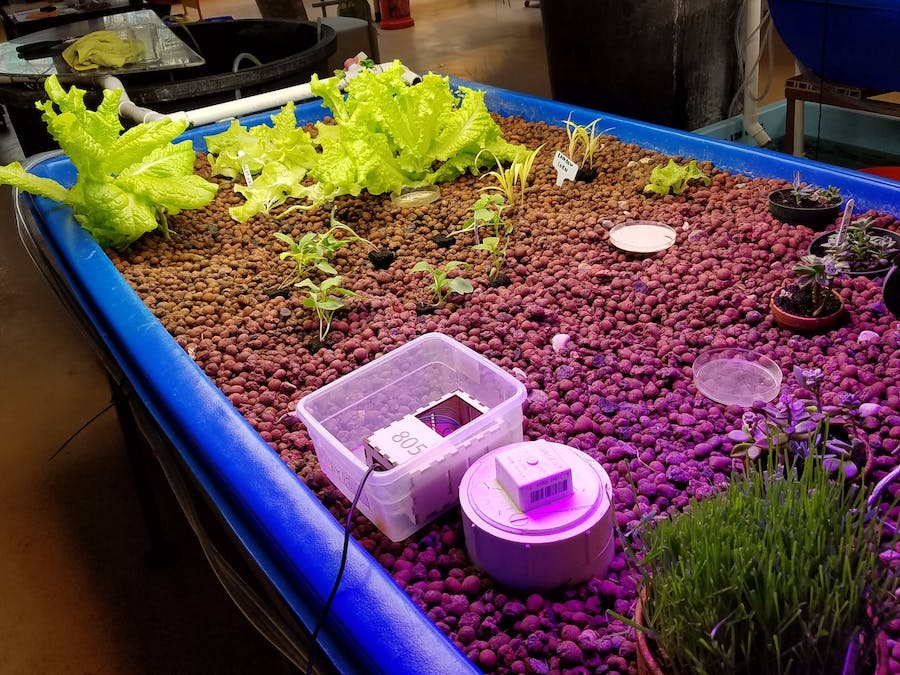 We wanted to observe the changes in light levels, humidity, and temperature in the Lane Tech aquaponics room and the greenhouse over the course of several days. These parameters were chosen because several teachers had voiced concerns that when the school is empty for break the temperatures and humidity levels drop dangerously low. This then puts the plants at a real risk of dying. In order to observe these changes we had to develop a project which would consistently pull data on environmental conditions, and a box which we could un-intrusively place in all these environments. Unfortunately for us however, writing the code we needed to pull the data presented our first and greatest challenge. No one in our group had ever written code like this, so figuring out what code we needed posed a huge challenge. We first attempted to find sample code from online sources, but when we tried to integrate this code into our project it would bunk every time.

After a very frustrating week of writing and testing unsuccessful code we decided to change how we approached debugging our code. Instead of working with all the different chunks of sensor-specific code in one file, we split up the code into multiple different files.

After about two weeks of trial and error we finally managed to write code that, using all the proper libraries, successfully pulled data using the photon, DHT, VEML, TSL sensor. After successfully getting all the code down, we had to develop a case which would ensure our photon wouldn't get wet or dirty when the plants were watered or moved. We decided to keep our design as simple as possible, and after finalizing our design we made a prototype out of cardboard.

Once we ran the prototype and were satisfied with all the dimensions, we cut the final case out of wood. After assembling everything, we finally deployed in the Lane Tech aquaponics room. We left it in there for three days to collect data every five minutes, and then transferred it to the green house, and let it collect data for another three days.

After collecting and analyzing all the data we saw some interesting things. The most surprising thing we saw, however, were the extreme temperatures which the rooms reached, particularly the green house. On one particular occasion the greenhouse reached a temperature of 100 degrees, but later that week dipped to a temperature of 70 degrees. This thirty degree plunge illustrated what the teachers who approached us at the beginning were afraid of. These wild changes in temperature are really dangerous to the plants, and our data illustrated that that better temperature control is needed in the greenhouse. The aquaponics room, however, was a different story. Because of the modern nature of the room, it is equipped with devices to carefully control temperature, UV intensity, and humidity. Because of all this technology the plants in this room are in a lot less jeopardy and will most likely remain healthier for a longer time than those in the more archaic greenhouse.