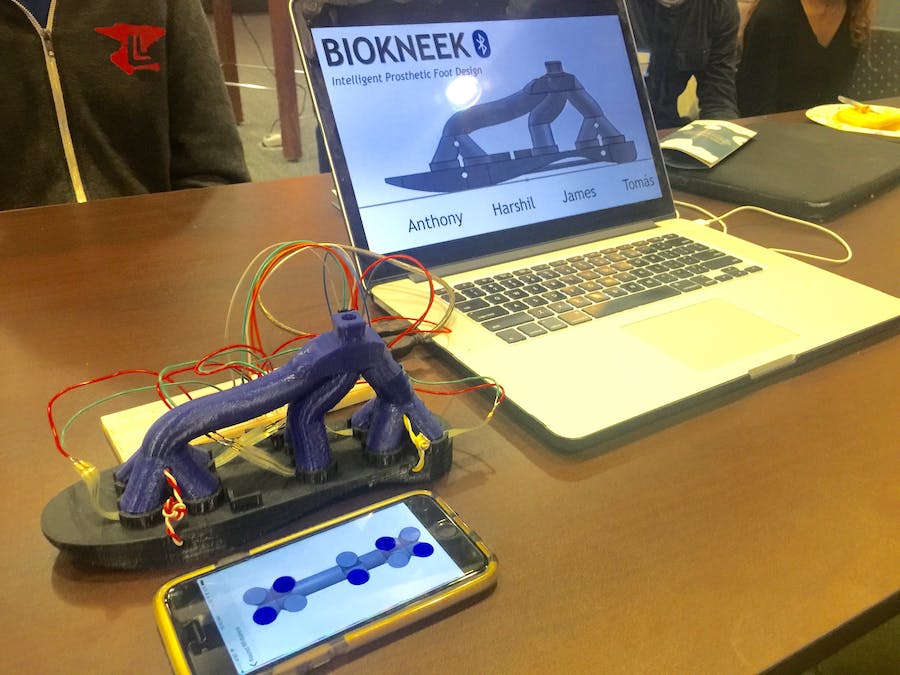 Won first place at UC Berkeley's 3DMC 3D Printing Designathon. We modeled and created a bluetooth-enabled prosthetic foot that helps users distribute their weight properly on their prosthetic leg, in order to help prevent muscle atrophy, bone density loss, back problems, between other health issues. The foot attaches to the prosthetic and interfaces with an iOS app giving real time feedback to the user via vibrations, telling them whether or not they are putting enough pressure on their prosthetic leg.

After brainstorming with Francisco, we realized that maintaining weight distribution was a problem for him

We also discovered there was plenty of room to innovate, augment his prosthetic leg

Francisco identified some of the problems with incorrect weight distribution

The 10 sensor’s were calibrated to Francisco’s weight distribution

An iOS app interfaces, and causes a subtle vibration