Your powerful friend, the transistor can control high-voltage motors and lights from a microcontroller pin.

Your powerful friend, the transistor can control high-voltage motors and lights from a microcontroller pin. 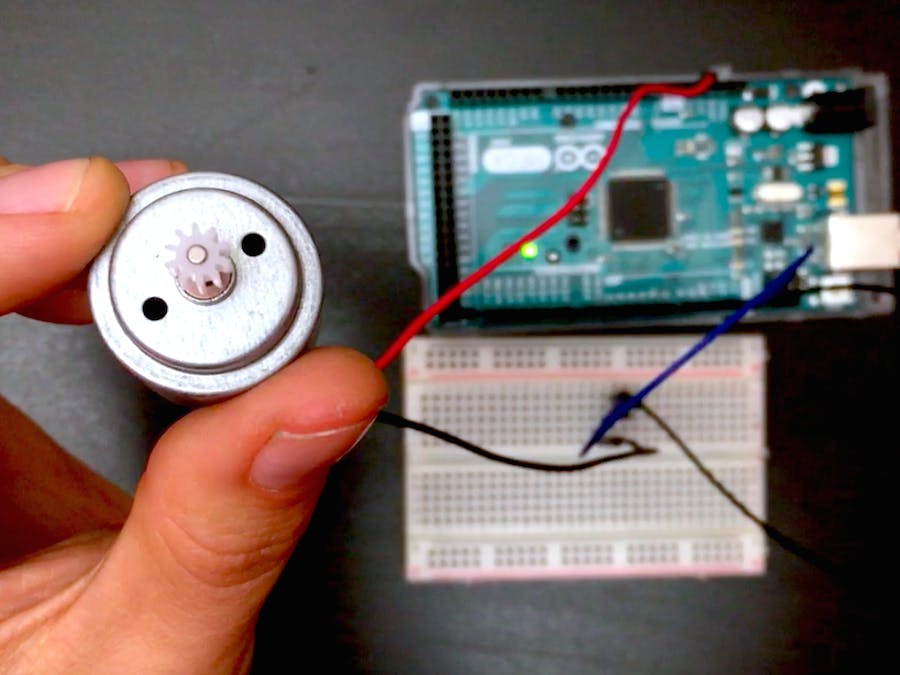 Even transistors of similar types may put these legs in a different order, so double-check your part! An easy way is to Google image-search "[part number] pinout".

We'll just run the Arduino Blink sketch, since that gives a great visualization of what's going on.

I'm using a DC motor for this example, since they tend to ride the edge between what an Arduino pin can toggle on its own, and needing a little help. As you can see in the video above, it just barely works. DC motors are common in wheeled robots and R/C vehicles. They have two terminals, and one gets connected to power, the other to ground. Based on which way 'round you put the wires, the motor will spin clockwise or counter-clockwise.

Try plugging one wire directly into pin 13, and one directly into ground, to start with. Not much going on there, eh? Little haptic motors (and their twins, cell-phone vibe motors) will run perfectly happily on the small power supply. But kick it up to small-robot standards, and you'll have to prod the motor to get it spinning even when the power's on.

Now, unplug your Arduino and reconfigure the circuit on a breadboard: plug one of the motor's wires into the 5V pin on your Arduino, if there is one; otherwise, skip ahead to the next bit with the external battery. Now, connect the transistor:

Plug in the 'Duino again, and voilà! Your little motor should be going like crazy, then off and on again, just like you'd expect. Make sure your motor is ready to handle that much voltage, and unplug it quickly if you smell anything unusual.

OK, cool! We can power stuff directly from the digital pin, or use that to control 5V from the Arduino. The next step is to add an external source – for example, in case you want to control a light that takes 9V or 12V.

The main thing to note is that you're tying both grounds together: the one from the power source, and the one for the controlling signal, meet to form a "common ground". This allows both power and data signals to flow through the same circuit.

It's not as bad as it looks!

This circuit can also be used to amplify the amount of power to control a heavy-duty servo, or with NeoPixel strips that want to run on their own power source, or anything similar!

Next week, we'll cover how to drive your motor forwards and backwards – it takes a bit of finagling with an H-bridge, but it's not bad!

And in our next transistor tutorial, we'll get to toggle buttons and switches (to automate devices for home automation). We'll also get around to amplifying the signal from a piezo disc – which is useful for making impact-reactive systems like light-up wearables!

See the whole series of Hackster 101 tutorials on Hackster and YouTube! 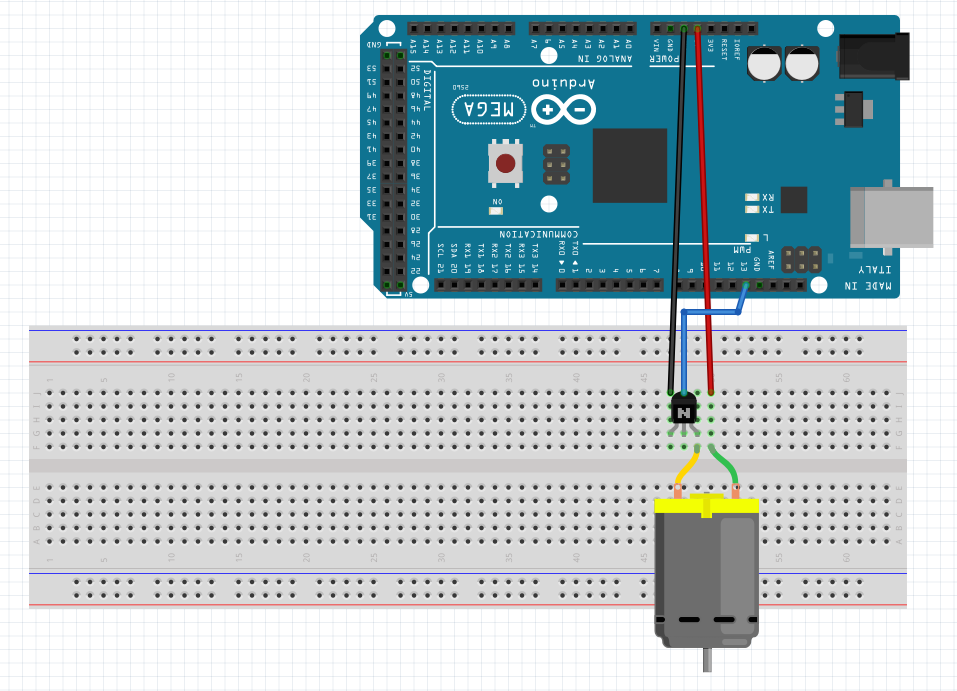 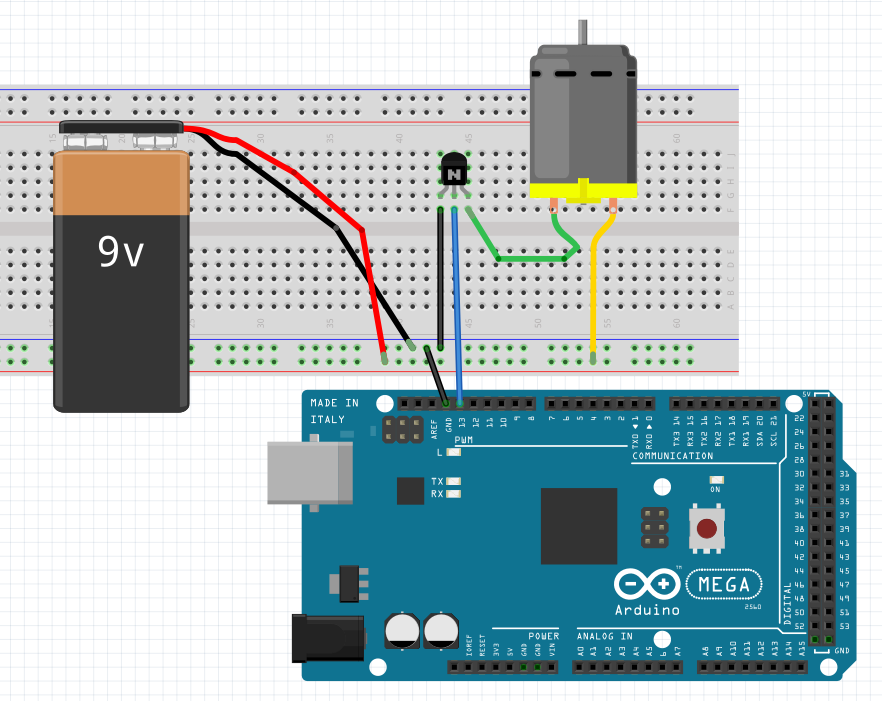