Challenge yourself with this totally not ergonomic Guitar Hero controller!

Challenge yourself with this totally not ergonomic Guitar Hero controller! 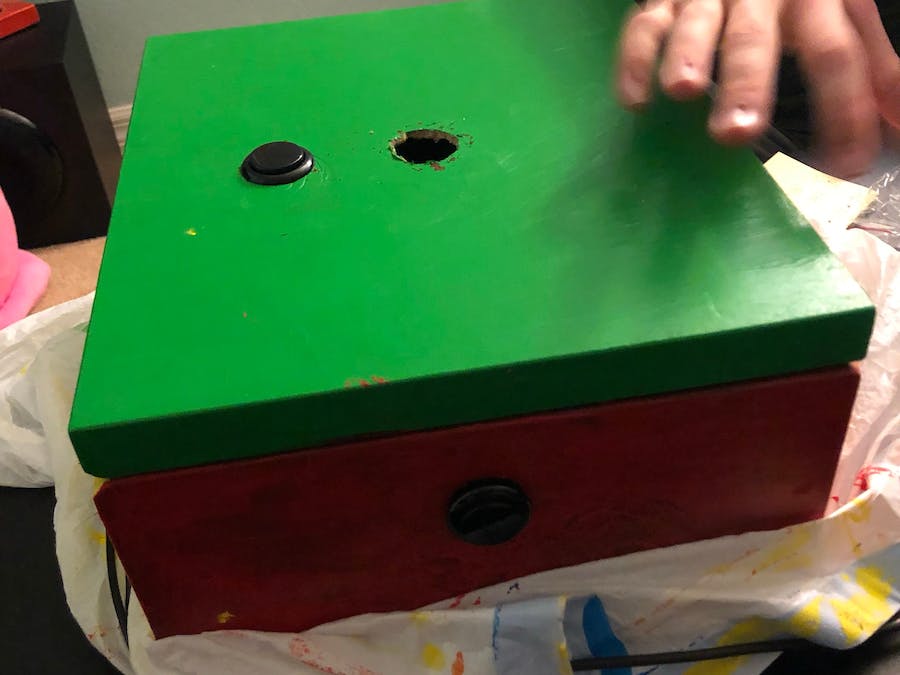 Guitar Hero is known for being a game that you can only play with a specific controller. The layout of the controller provided with the game is arguably the most ergonomic to experience the game. With this project, we wanted to challenge the design conventions of the Guitar Hero controller and create something that would allow players to see how difficult playing the game without a proper controller can be.

Since we are using a box to case the controller, we decided to place one fret button on each of the exposed faces of the box.

The white button located on top of the box activates the player's "Star Power" (score multiplier).

Since the buttons are placed very far apart on such a big box, we decided to turn off the strumming feature in the game, requiring players to only hit the fret buttons to score points. This control layout makes it very hard for users to find a comfortable way to play the game. Players will have to find a way to play the game to the best of their abilities while adapting to the strange button layout on our controller. 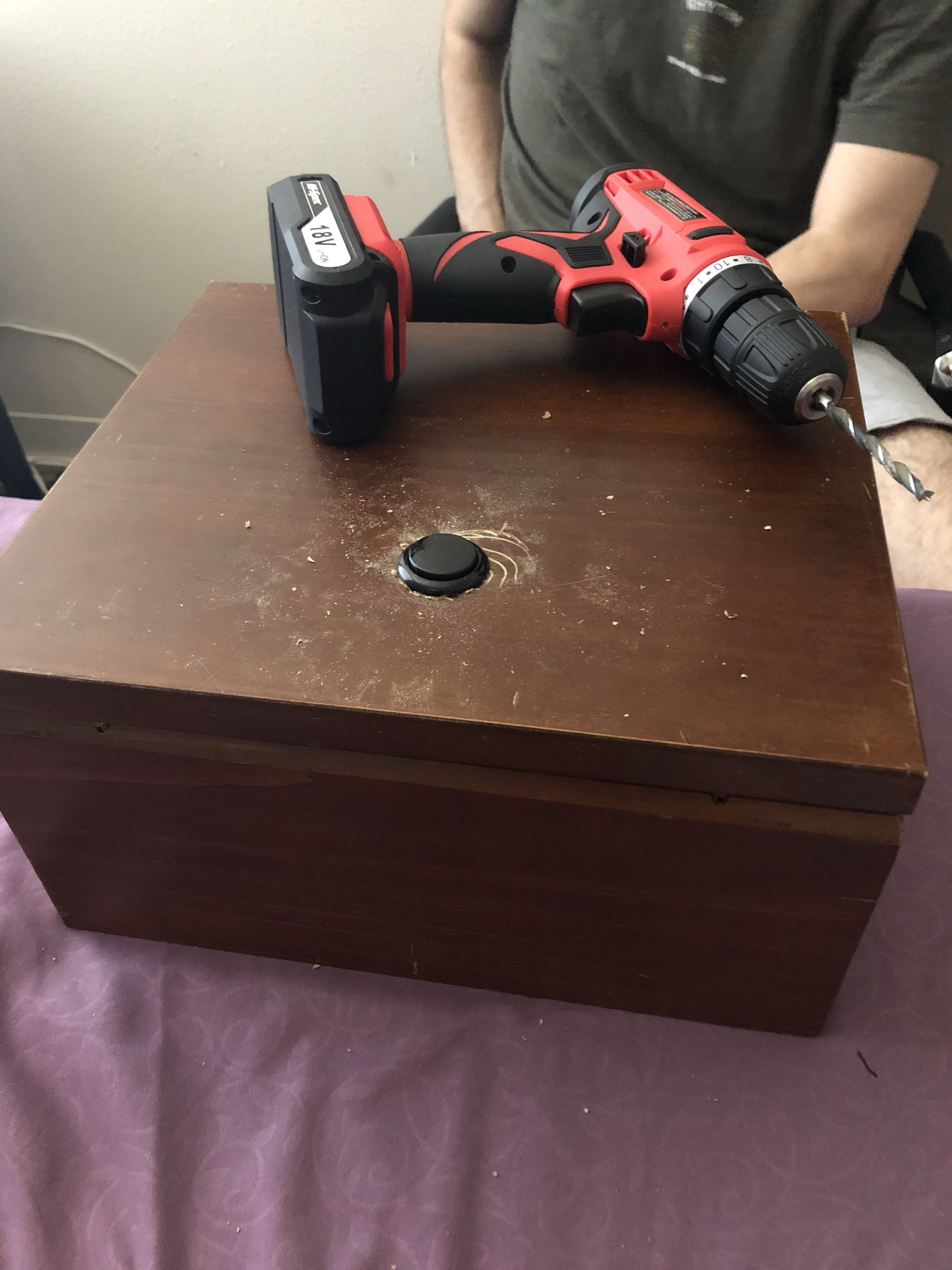 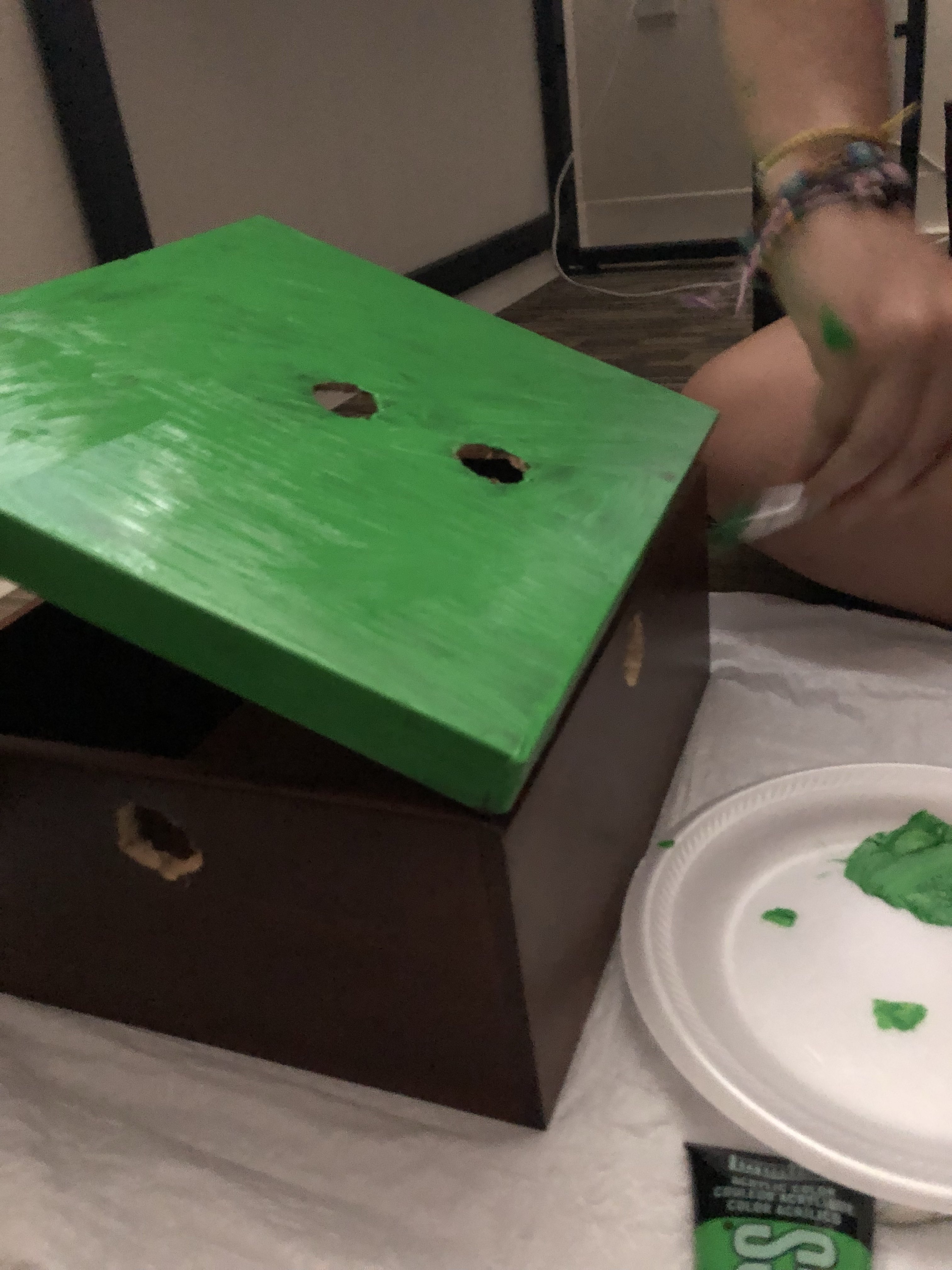 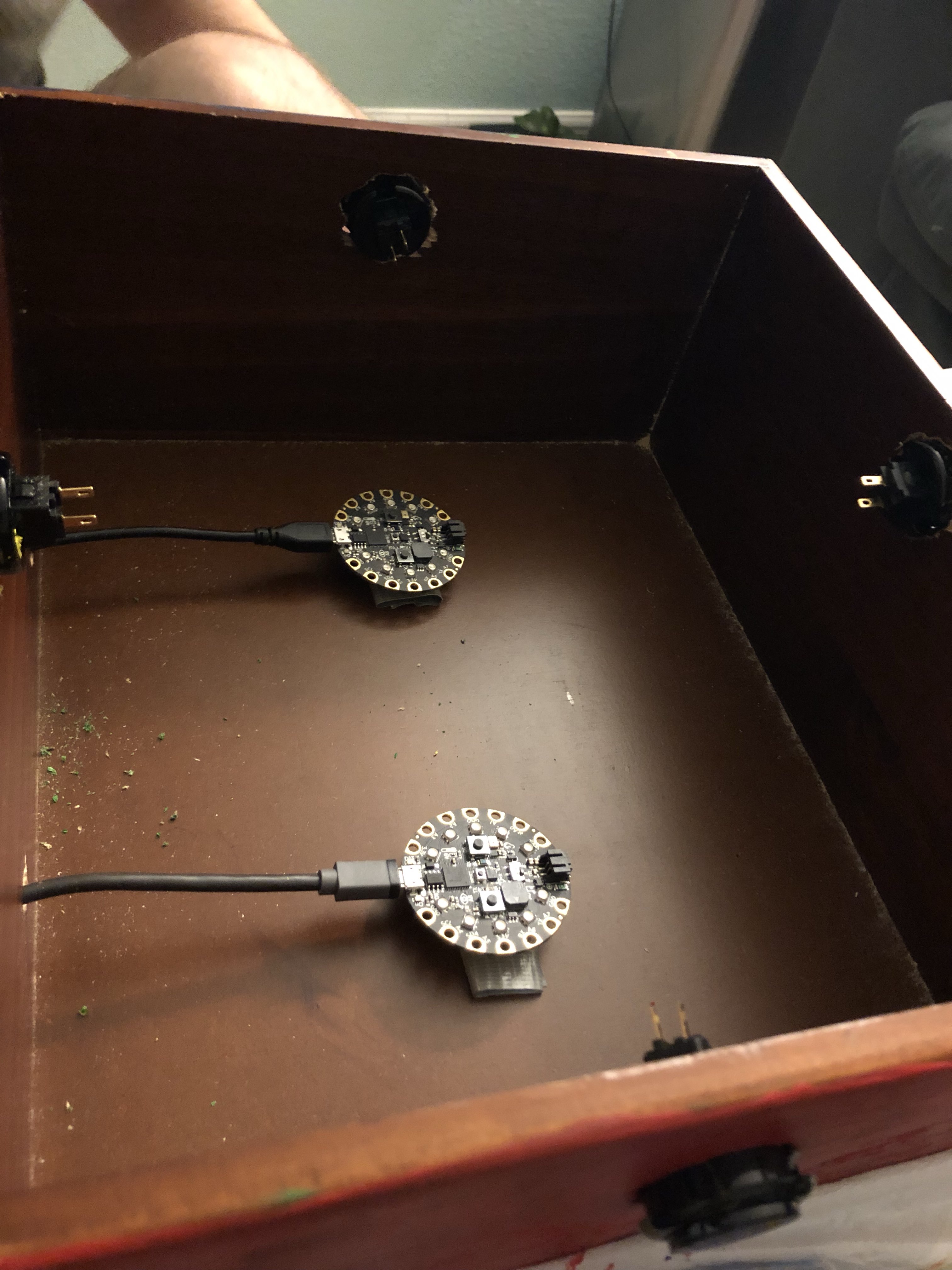 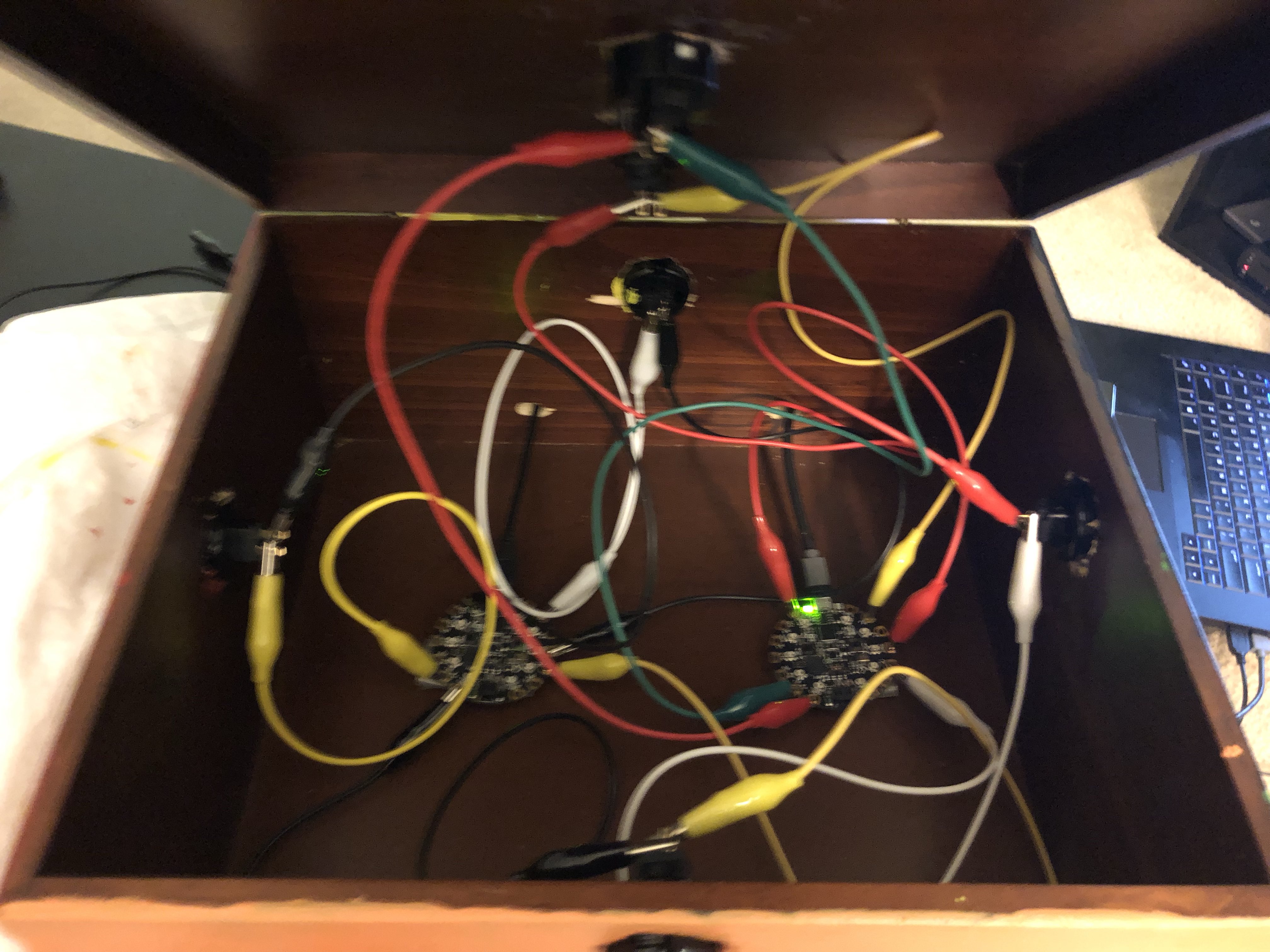 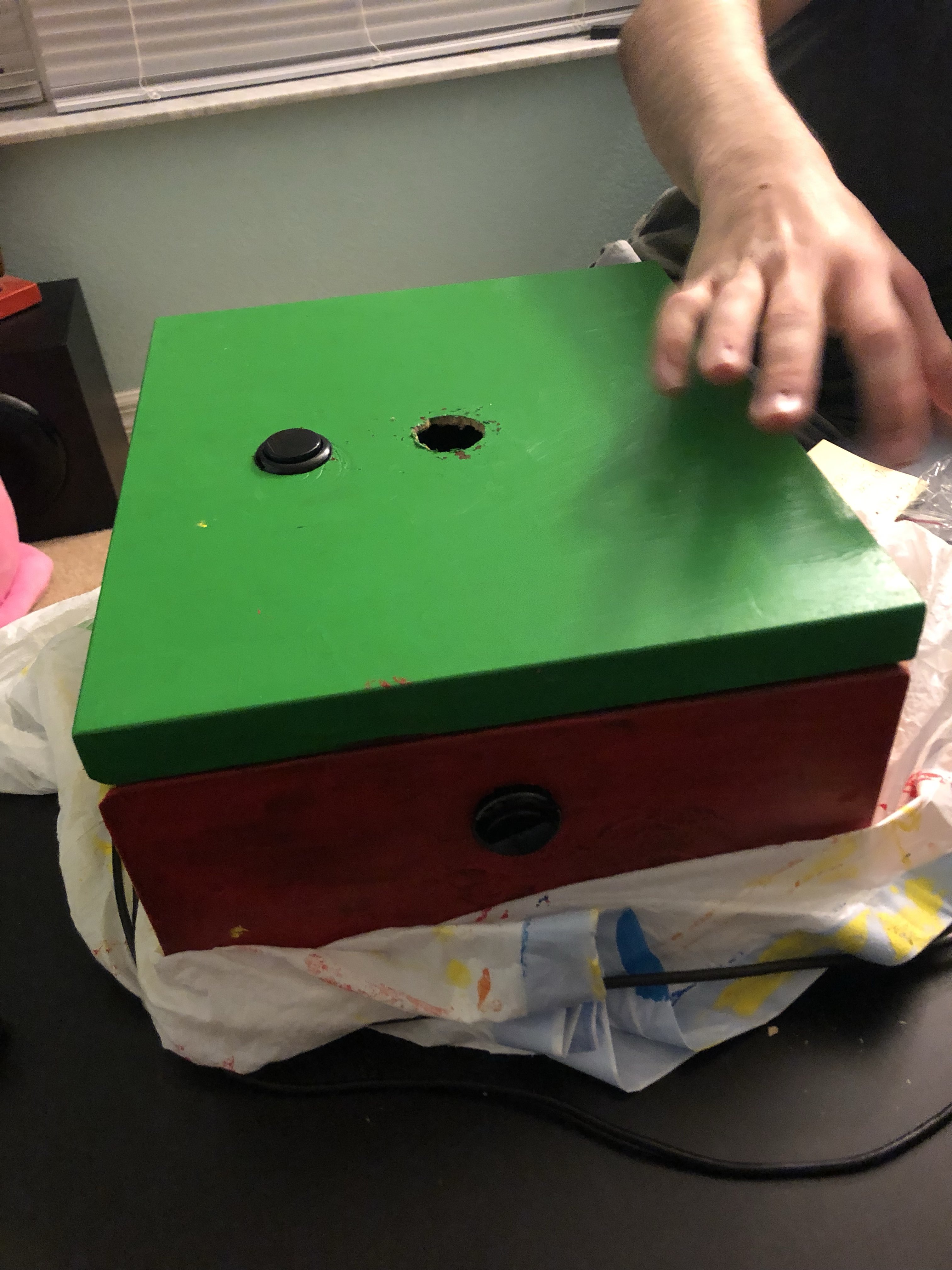 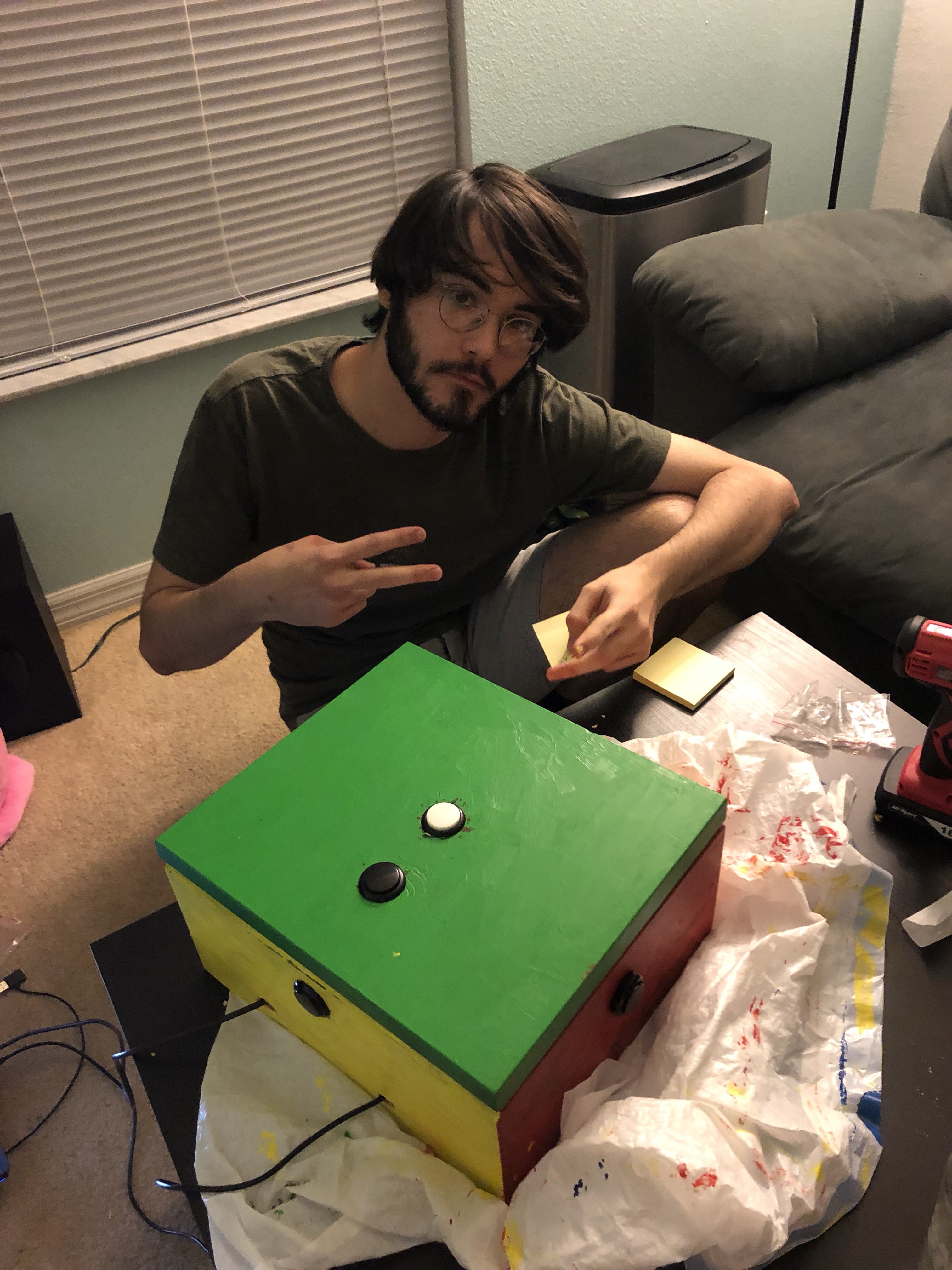