A non-invasive device to find your friends by indicating how close you are to them. Best Project Award Digi-Key Award Altium award.

A non-invasive device to find your friends by indicating how close you are to them. Best Project Award Digi-Key Award Altium award. 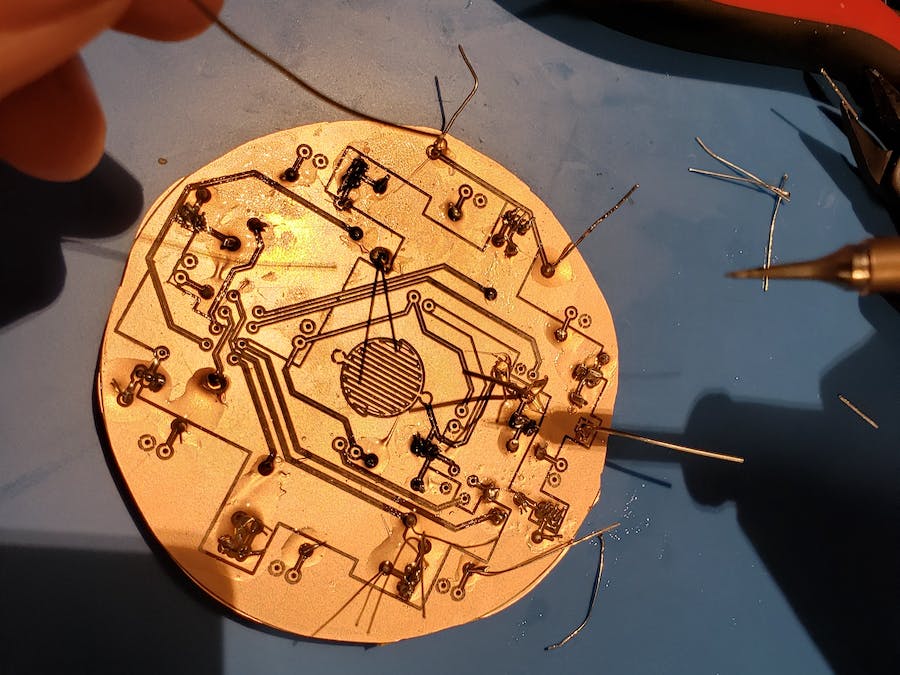 It initially started as a watch that would be able to tell you where a friend who has a another watch is located by using GPS to locate your current position and transmitting it to a paired watch through RF, displaying a direction and a distance to the user. It is meant to serve as a cool device to find each other when you're at events like music festivals where you're close by but it's difficult to locate each other and using your phones is imprecise at best or unreliable at worst. In it's current iteration, it uses an NXP FRDM dev board with a RF module built in which controls a custom PCB with multiple LEDS. Since we were unable to locate a suitable GPS module, we decided to use the RF signal strength as an indication of the distance from the other person which in turn controls a PWM signal to the LEDs to increase their brightness as you get closer. In the future, we'd like to move everything to a single watch enclosure with a GPS module enclosed to match our original vision. It would be able to give an actual distance and direction to your friends and be able to work with multiple friends watches instead of being one to one as it is currently.

1 project • 0 followers
ContactContact
Thanks to NXP.