Developed an Android app to communicate the Allen Bradley PLC via Ethernet/IP.

Developed an Android app to communicate the Allen Bradley PLC via Ethernet/IP. 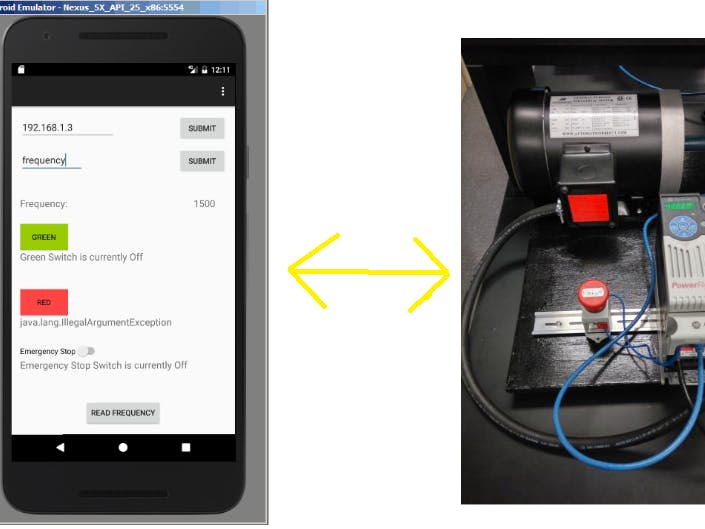 Developed an Android app to communicate the Allen Bradley PLC via Ethernet/IP along with programming the ladder logic on Rockwell Automation Studio 5000 software which allow user to control Allen-Bradley PLC modules such as light tower and monitor the PowerFlex 525 motor driver motor speed.

Video of how it works:

In order to develop the Android app, we need to download/install the Android studio on our computer. After setup of the Android project, we also need to create a Victual device that can run this Android app. For example, we could create 2 momentary push button with proper controller tag on ladder logic Studio 5000, that could perform the following screen:

The Allen-Bradley PowerFlex 525 AC motor drive as shown in the figure 3. This PowerFlex motor driver is controlled by PLC through Ethernet. The Ethernet is done by created a new Ethernet module in the I/O configuration section of the Controller Organizer windows (At Ladder Logic RSLogix 5000 software program).

We use the Android studio which used as direct interface between machine and operator shown in Figure 3.