This badge is a DIY dev board for MicroPython. Based on ESP8266, it has a lot of features which are possible to learn and have fun with!

This badge is a DIY dev board for MicroPython. Based on ESP8266, it has a lot of features which are possible to learn and have fun with! 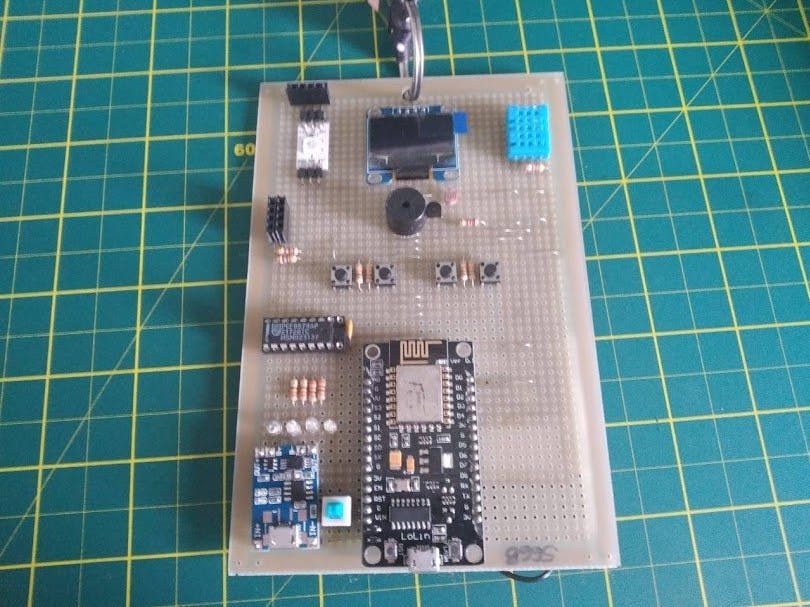 This badge was developed due to my need for a board to learn about MicroPython with an ESP8266. Although it's easy to test using a breadboard, I needed a more robust board that I could bring with me outside the lab and for a demonstration at a event.

I didn't have time to make a layout, send to manufacture, and assemble the board. And for now, I only need one board.

So, I decided to make a DIY dev board, using the components that I have in my lab. As I had to present a talk on MicroPython at Campus Party Brasil, I chose to build it in badge format so that I could easily show it to the public.

Below, you find all the details of badge hardware.

To explore the features of MicroPython, I decided to put a variety of modules. The schematic was drawn in EasyEDA:

For assembly the board the soldering was done on prototyping perfboards. Following the schematic, I fixed the components and made the tracks with solder wire.

In some cases jumpers were required. They were made with terminals of the components used.

The video shows a test of all peripherals with MicroPython: 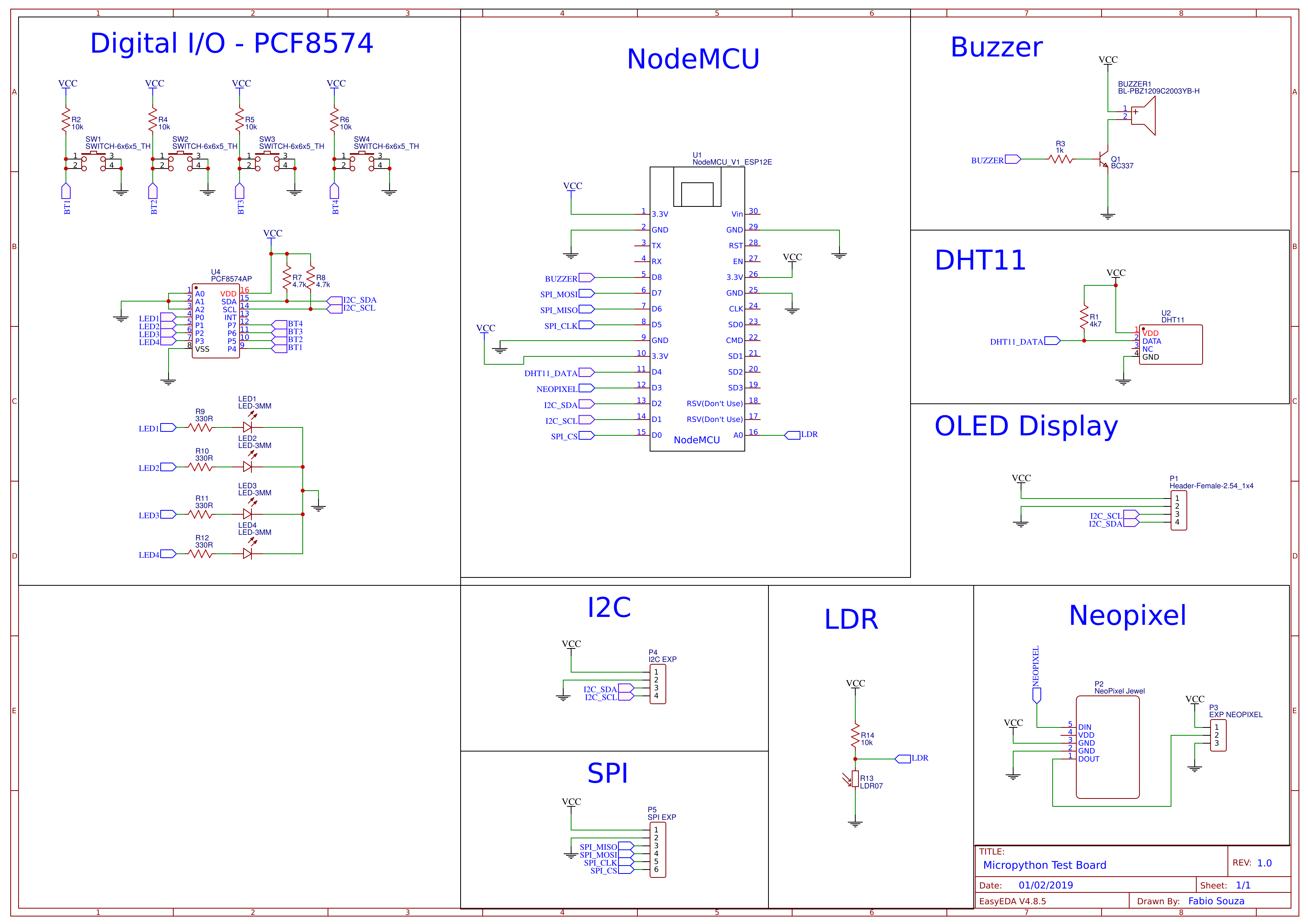