EscoriaBot is a robot made with recycled material and Arduino electronics.

EscoriaBot is a robot made with recycled material and Arduino electronics. 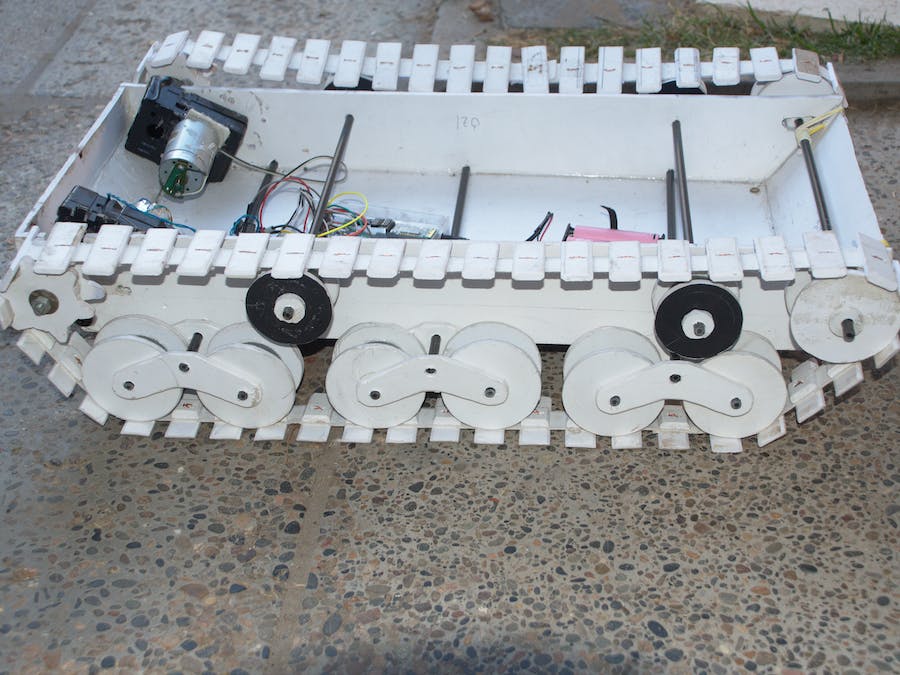 Since I saw R2-D2 more than 40 years ago in my childhood I wanted to have a robot.

But there was a great barrier between me and my dreams, the Electronics and this problem remained for many more years.

As a user, an advocate of free software, I had heard of arduino but it seemed too difficult for me until my friend Gustavo helped me choose my first kit.

I put it together and kept going.

So I started looking for alternatives and researching I found several YouTube channels such as The Post Apocalyptic Inventor or Espacio de César where I realized that I could take advantage of many discard devices and incidentally make the planet cleaner.

I started looking for all kinds of gadgets from which I could get parts.

I started recycling printer motors, and as I was learning I rescued more and more parts.

Today I disassemble all kinds of devices and take advantage of many more parts, such as gears, gearboxes, LEDs, capacitors, resistors, etc.

It is made from recycled poster plastic, I don't know what type of plastic it is but it seems like a very dense foam, anyway it could be made of any type of plain material or recycled plastic.

Plans of the robot The plans are made in inkscape to the scale of the final robot but can easily be scaled.

The chassis is large to be able to mount various things on top.

It is a box with the tips at an angle which helps to overcome obstacles.

It is a good idea to make the holes before cutting, if the design is well decided.

The wheels are made of two circles joined by a piece of smaller diameter tube in the middle and glued together with silicone.

In my case everything is cut with a cutter and perforated so they are not super precise, I also realized that they did not need to be perfect for them to work well.

To make sure they were straight, I put them on a recycled fiberglass rod of broken tents and rotated them, since the silicone allows corrections, I used to make sure they rotated as perfectly as possible.

Then design the bogies based on the Sherman tank design, this allows the wheels to adapt to the terrain and to better overcome obstacles.

For this I printed the patterns that appear in the plans and then cut and pasted them on the plastic to cut them.

Of course all this with a cnc would be much easier but I don't have one (for now) and I still like to do things by hand.

Then I assembled the bogies using fiberglass rods as axles

To align the wheels, I decided to go through the entire chassis with fiberglass rods to make sure everything was aligned and incidentally give the chassis more rigidity.

In the past I had made tracks whose drive wheel worked by rubbing on the track but this is not the way that those of track vehicles work and it is not the best way either since it loses power in friction and also often turns false.

So design a track that is simpler than a tank and also simple to make by hand. made of plastic plates that mesh with gears.

Once the gears were designed and cut, I measured the distance between them and cut some plates that would be the links, when I was happy I put it together by gluing the piece on a strip of fabric that connects the links.

When I glued the first pieces I already had the measurement that separates the links and with this I made a separator to make sure that the distance was always the same.

I also measured and glued some center pieces that keep the track aligned fitting inside the grooves of the wheels, this is important to make sure they do not come off, they have all their sides beveled so that they fit well.

Another problem is that the tracks lost tension, vibrated a lot and came out especially when turning backwards,

That's why I put two wheels on top of the chassis so that the track wouldn't hang on the volve.

I also made some grooves to the chassis where the front axle is, which allows the axle to be tensioned using two elastic bands. With this I managed to minimize the problem of vibration.

I also added two strips of fabric to the outer and inner sides of the tracks which makes them stiffer and better mesh on the sprocket and won't come off.

Finally I installed the electronics which is an Arduino Mega with an HC-05 Bluetooth module and an L298N.

I am Spanish-speaking and I translated this article with Google translate. 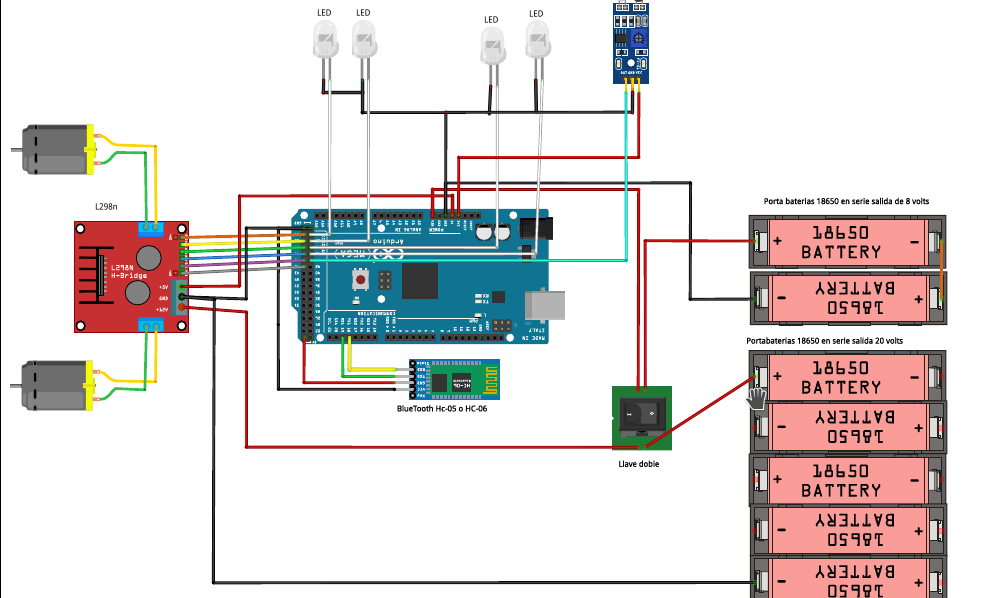