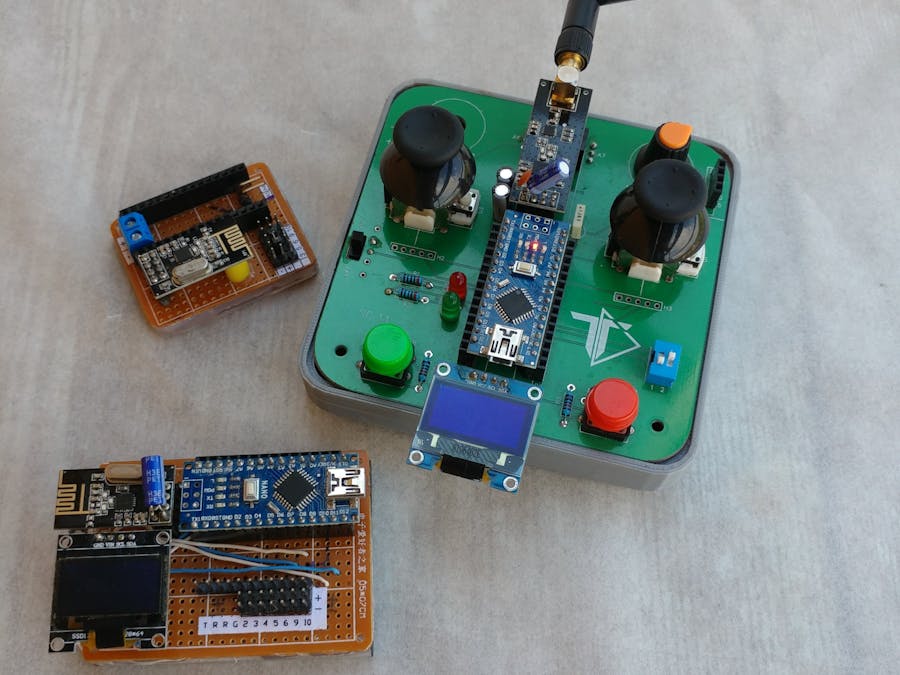 I wanted to make my own RC car with customisable controls, with an Arduino and the nRF24L01 module the only limit is our imagination (and our programing skills).

Here you can see my controller prototype, its ugly but functional.

And I made two receiver units for it:

It's really important to note that wecan use each of this module as a receiver or transmitter and both in the same time,and we can communicate with more than one module in the same time.

After using my prototype remote for a few weeks I've had enough because of the the hanging wires, and I decided to make/buy a real one.

Using the EasyADA online platform, I created the necessary gerber files, and I ordered my custom arduino remote controller. It was my first order custom pcb. It's not hard to make one and the final result looks really good, I even put my logo on it.

And I made a 3D-printed case for the pcb in which I glued the battery, the charging module and a DC step-up converter. And the result looks like this:

And in the two top holes I can put potentiometers, switches, buzzers or whatever the project requires.