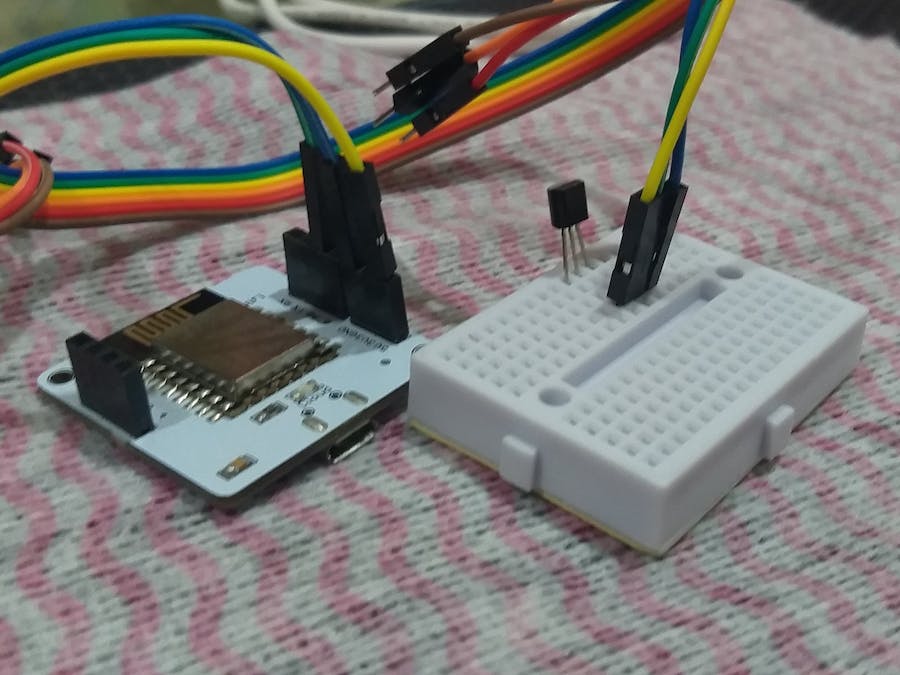 Temperature monitoring systems are incredibly useful tools to monitor and manage the heat levels at remote telecom sites. While "too much heat" is the most common problem when dealing with computer systems, "too cold" is also a very real problem in some climates.

I made a light-weight IOT-based temperature monitoring system which predicts the temperature of refrigerator & sets boundary to the temperature limit. Further, it senses the change in temperature whenever someone opens the door and alert by means of Email. Here I have used 'refrigerator' just to have a temperature-measuring atmosphere, resembling cooling chamber in most industries.

I have used Polynomial Regression Algorithm of Machine learning, which helps fit a non-linear curve to a given data-set. The trend can be then used to understand where other data points might lie.

It outputs the coefficients of the function of the form:

which most closely resembles the trend in the input data. This number tells the Polynomial Visualizer how many elements should be present in the function.

From the observations, maximum & minimum temperature limits are set.

LM35 is an integrated analog temperature sensor whose electrical output is proportional to Degree Centigrade.Just divide the analog pin output by 10.24 to get a value in degree centigrade. This algorithm checks whether this reading is in range or otherwise it sends an alert message through EMAIL for early actions.

Another Feature is it detects an anomaly, i.e., whenever someone opens fridge door an alert email, saying 'Someone has opened the door' is sent through Mailgun. This is done by using Z-score analysis algorithm of machine learning.It basically works to detect any sudden change in the sensor value.

We calculate the Z score (Zn) for the data and use it to calculate the upper and lower threshold bounds required to check if a new data point is normal or anomalous. by formula,

where Mn is taken as mean Vi is variance and Zn as Z-score. Frame-size & Multiplication factor are assigned values in separate.py file, accompanied by other credentials required for mailgun.

All repeats again and again with a gap of 10 secs.

A short video of working of project: